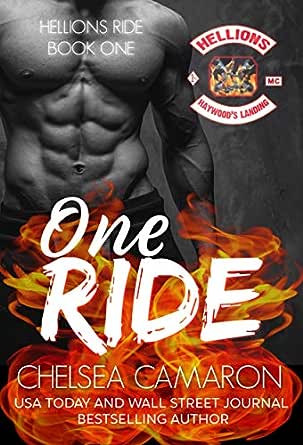 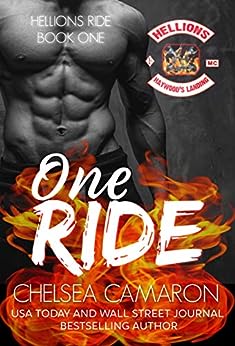 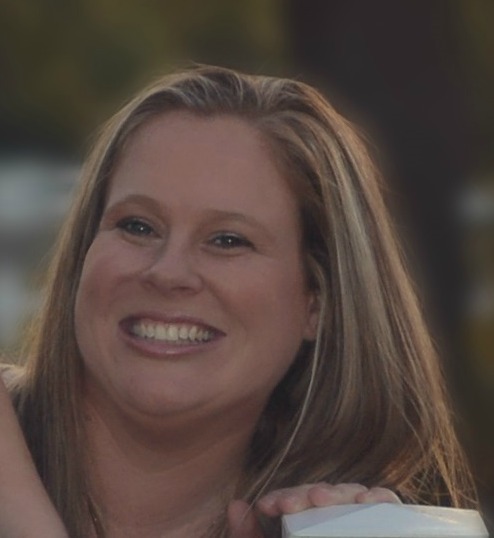 USA Today bestselling author Chelsea Camaron was born and raised in Coastal North Carolina. She currently resides in Southern Louisiana with her husband and two children but her heart is always Carolina day dreaming. Chelsea always wanted to be a writer, but like most of us, let fear of the unknown grab a hold of her dream; she realized that if she was going to tell her daughter to go for her dreams, that it was time to follow her own advice. Chelsea grew up turning wrenches alongside her father, and from that grew her love for old muscle cars and Harley Davidson motorcycles, which just so happened to inspired her ‘Love and Repair’ and ‘The Hellions Ride’ series. Her love for reading has sparked a new love for writing and she currently has a few more projects in the works. When she is not spending her days writing you can find her playing with her kids, attending car shows, going on motorcycle rides on the back of her husband’s Harley, snuggling down with her new favorite book or watching any movie that Vin Diesel might happen to be in. She hates being serious and is still a big kid at heart. She is a small town country girl enjoying life and, Chelsea hopes that her readers remember not to take life too seriously and to embrace your inner five year old, because five year olds know how to enjoy the simple things in life and how to always have fun. --This text refers to the paperback edition.

4.3 out of 5 stars
4.3 out of 5
375 global ratings
How are ratings calculated?
To calculate the overall star rating and percentage breakdown by star, we don’t use a simple average. Instead, our system considers things like how recent a review is and if the reviewer bought the item on Amazon. It also analyses reviews to verify trustworthiness.
Top reviews

SUZY BAXTER / Suzy's Book Shelf
3.0 out of 5 stars Good MC Series
Reviewed in the United Kingdom on 4 November 2019
Verified Purchase
I have read this one before, I am doing a revisit of all the books I have and writing up a review, First I love Chelsea Camaron's work, everything she writes is detailed and well thought out. I have quite a few of her books, both read and waiting to read. This is an OK book for a start of the series. Good character building, wasn't keen on Trig at first but he grew on me, Doll again wasn't quite sure. Still not if I am totally honest. Good MC
Read more
Helpful
Comment Report abuse

Oh wow. Where do I start with this one?
Firstly I thought I'd read this awhile ago turns out I'd read the blurb and was going to read the book but the previous cover put me off (it was dreadful) and now having read the book the characters on the cover were nothing like Tripp and Doll so I've no idea what was going on there.
Also I have to mention there's cheating in this book but more about that later.
So Delilah is the Hellions princess, her father Roundman is President and co-creator of the MC so she's been protected her whole life along with her best friend Savannah who's father Danza is VP.
Long story short Delilah or Doll as she's known is threatened along with the club so to keep her safe Roundman sends her and Savannah (Sass) off with Tripp and Rex. They go on a month long road trip now this makes a great introduction to this series but...
It means this book doesn't really have much going on, the main characters are removed from the situation and while we're kept up to date with what's happening through phone calls and texts I was left feeling I was missing out.
This is firstly a romance and I also have a couple of issues with that. Now as a reader I obviously know these two are going to end up together they don't know that so the first time they meet and the sparks fly between them Tripp takes someone else to bed that night, okay so I'm not happy but I have to let that slide but later when they are actually having sex with each other he cheats on her and she sees him, it's safe to say I was less happy. I struggled with this through the rest of the book, I also never fully connected with these two something felt missing, I know their relationship is created on the road and then built on later over the phone but I never fully bought it and Tripp seemed to change his mind from:

“Drunk or sober, this is one man that won’t be getting married anywhere, Vegas or not.”
“For our date last night.”
I stiffen under her. “Doll, I don’t date.” I reply with all honesty. The disappointment crosses her face at my response.
"Oh.” The smile she had now gone.
"You wanna do this, we do this. I’m not gonna chase you. I’m not gonna wine and dine you. If this is what you want, we do it. You get me. I get you. I don’t share and you don’t either. The distance thing, we’ll figure it out. Your dad, babe, I don’t know, but we face that too. You gotta know though, I don’t date. You get me when I’m not on the road and can work it out. We gotta eat, I’ll take us to eat, but I’m me. I’m not gonna kiss your ***, buy you gifts, and worry about making a good impression. You get me and I get you for what we can work out.”

So that's clear enough they can be together exclusively but no dating and no marriage.
But then the next day....

Okay wow so that turnaround was so fast it left me spinning.

Diz
4.0 out of 5 stars Good read
Reviewed in the United Kingdom on 8 October 2018
Verified Purchase
Fab characters with a good vibe that make it easy to read the book.

Doll has always grown up in the MC due to her dad being the VP and she is the one the men stay away from. After a night out with her best friend she is visited by one of her dad's business associates just to show her he knows where she lives after she stuck her nose where it wasn't wanted.

Dad sends her on a road trip with Talon to keep her safe and everything changes.
Read more
One person found this helpful
Helpful
Comment Report abuse

Kindle Customer
1.0 out of 5 stars That was a very looonnng book!
Reviewed in the United Kingdom on 24 October 2020
Verified Purchase
Sooo long! And nothing really happened! I mean there was lots of coarse, vulgar sex, and that's besides the repetitive sex the two leads had. It was basically a long bike trip with a lot of " I don't want a relationship " rubbish! The usual biker stuff. All the ' interesting ' stuff happened in the background, of which the reader wasn't priffy to.
Nah, sorry, wasn't feelin it! Thankfully found it free.
Read more
Helpful
Comment Report abuse

The first book in a series that definately leaves you wanting more.

When Tripp a president from another chapter and Doll The Hellions MC presidents daughter first meet its insta lust.

With threats against the safety of his daughter Roundman asks Tripp to take his daughter on the road to keep her safe.

Having grown up in an MC, Doll has sass and can definitely hold her own and put a biker in his place.

It's a tense and heated journey to the inevitable.

One ride is hot, rude, crude and everything I love in an MC read with great character's and told in dual pov's.

S Green
5.0 out of 5 stars A great find!
Reviewed in the United Kingdom on 5 March 2017
Verified Purchase
I'm sure I got this free, so not sure if it still is. But even if it costs, I'd definitely pay. This MC book was as good as any other I've read. It has a strong female lead with the typical bad ads biker. It stood out for me though when it brought in different authors biker gangs too, but without giving anything from their stories. Gives a look into the future characters too. I just hope we see more of these two in the next book again.
Read more
Helpful
Comment Report abuse

annare
5.0 out of 5 stars Loved It
Reviewed in the United Kingdom on 1 July 2014
Verified Purchase
This was a great story about Delilah “Doll” Reklinger. Raised by her father Roundman, the president of a Motorcycle Club.
Talon “Tripp” Crews is in a separate Charter of The Hellions. When there is a threat against Doll & her friend “Sass” Tripp is instructed to take them away, with his friend Rex & keep them safe, until the situation is dealt with.
The story that ensues is funny, sexy & exciting.
The banter between the four is great & had me laughing out loud. I loved Tripp & Doll, they are perfect together.
There is violence & gratuitous sex, but what do you expect from an MC story.
I loved it.
Read more
Helpful
Comment Report abuse

Gemma hayton
5.0 out of 5 stars What a ride!
Reviewed in the United Kingdom on 9 October 2019
Verified Purchase
Gripped from page one, I couldn't turn the pages fast enough. Loved the character's, loved the storyline, loved the MC and loved the way it was written, brilliant read from start to finish.
Read more
Helpful
Comment Report abuse
See all reviews
click to open popover
Unlimited One-Day Delivery and more
Prime members enjoy fast & free shipping, unlimited streaming of movies and TV shows with Prime Video and many more exclusive benefits.
> Get Started