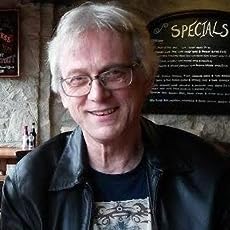 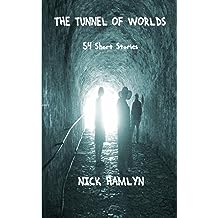 The Tunnel Of Worlds: 54 Short Stories 03-Apr-2017
by Nick Hamlyn
£2.49 £9.99
A collection of 53 short stories and one short play by the author of the Penguin Price Guide for Record & CD Collectors and the novel Music for a Desert Island. Like the novel, many of the stories are music based, if only as regards the title. Some are science fiction, many are not; some are happy, some are sad; some are intriguing, a couple try to be scary.
Read more
Other Formats: Paperback 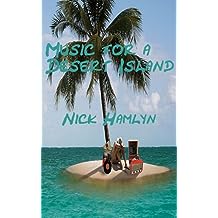 Music For A Desert Island 07-Oct-2015
by Nick Hamlyn
( 9 )
£1.99 £7.99
Harrison Ashby is a music fan. ‘Obsessed’ is how his wife Carole would have described him. Born at the start of the nineteen fifties, Harry finds his teenage years underscored by the music of The Beatles and Jimi Hendrix. He also finds his life unexpectedly entwined with that of a successful folk singer by the name of Jed Brandt. As though he were a guest on the long-running BBC radio show, Desert Island Discs, Harry chooses eight pieces of music that seem to represent different areas of his life particularly well and describes how this works for him, as he tells the story of his life. It is an account that is part love story, part teen memoir and coming of age narrative, and part musical discussion. It will interest anyone else who loves music, whether or not they are as overwhelmed by it as much as Harry is, and anyone who remembers the sixties and seventies as he does, or who is drawn to finding out what those decades might have been like for a music fan. In addition, Music For A Desert Island is probably the only novel to include a discography at the end.

Nick Hamlyn is the author of the Penguin Price Guide For Record And CD Collectors, which ran into six editions. He is the proprietor of Pied Piper Records, the well-known collectors’ record shop (now just online) in Northampton, and has been a record collector himself since the beginning of the sixties. Four Bop Drop, an improv quartet having Nick as a member, had a CD released on the SLAM label. Music For A Desert Island is his first novel.