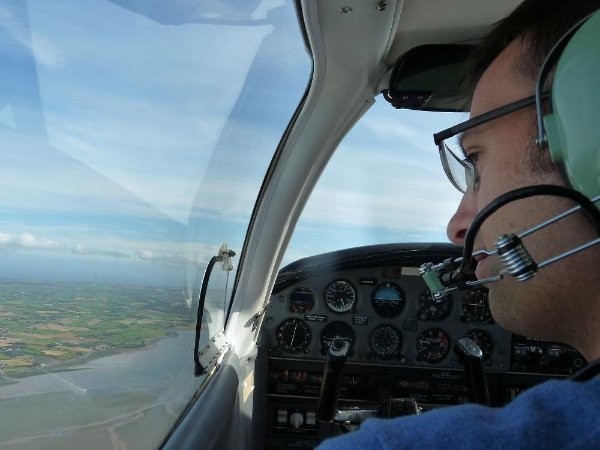 Network Programming in NET with C# and Visual Basic.NET Paperback – Illustrated, 28 May 2004

Fastest delivery: Tuesday, Sep 29 Details
Note: This item is eligible for click and collect. Details
Pick up your parcel at a time and place that suits you. How to order to an Amazon Pickup Location? Learn more
Read more Read less
click to open popover

This book has what every network programmer needs to know in order to develop relevant applications [in] .NET networking -- Professor Paul Mc Kevitt, Chair in Intelligent MultiMedia, Faculty of Engineering, University of Ulster (Magee), Derry,Northern Ireland

Covers the latest version of .NET.

The purpose of this book is to provide tools to design and implement network-orientated applications in .NET. It is also a guide for software designers to choose the best and most efficient way to implement mission critical solutions. The book addresses real-world issues facing professional developers, such as using third-party components as opposed in-house development. It differentiates itself from existing .NET publications because it is aimed at experienced professionals and concentrates on practical, ready-to-use information. The book is written in two languages C# and VB.NET, and covers never-before published information on Telephony in .NET and packet-level networking. This is the second book in the "Digital Press Software Development" series. Coverage of lower level protocols allows implementation of performance-centric applications. It demonstrates the feasibility of developing telephony solutions in-house rather than outsourcing. It is written in VB.NET and C# to assist readers working in either language. The coverage of Email, FTP and the WWW allows implementation of applications in all three areas.

Enabling you to send and receive files and messages over IP. Using either of the two main Internet protocols, TCP (Transmission control Protocol) or UDP (User datagram protocol). Source code is given to implement file transfer applications, along with rudimentary Instant-Messenger style applications. Examples are given in both C# and vb.net, and provide both socket level and TcpClient / TcpListener (and UdpClient) level options for implementation.

 An in-depth look at HTTP clients & servers. Taking a hands-on approach to HTTP, this chapter provides examples on how to request data from web servers programmatically, using native .NET classes such as HttpWebRequest and HttpWebResponse. The examples provide information on including POST headers, Cookies, referrers etc., into your HTTP requests to retrieve data from dynamic pages on remote webservers. The chapter also provides a wealth of information in embedding Internet Explorer in your .NET applications, which can be used to provide greatly simplified HTML extraction through direct access to Internet Explorers' DOM (document object model) using the HTMLDocument interface. Also included in the chapter is an example of a multithreaded web server, with support for Mime types, expandable to support ASP.NET pages with the "System.Web.Hosting" namespaces' CreateApplicationHost and HttpWorkerRequest classes.

 How to send and receive email, via SMTP, POP3, and the MAPI. In Chapter 5, The SMTP (RFC 821) protocol and POP3 (RFC 1939) protocol are detailed, and socket level implementations are given. However, higher level descriptions are also provided, such as those using the "System.Web.Mail" namespace's MailMessage class. This class leverages Microsoft's CDOSYS architecture, to provide added performance, and functionality, such as attachments and inline images. The high-level alternative to POP3 is the MAPI, (Office automation), this automates the operation of Microsoft Outlook, exposing the full functionality of the product, including utilities such as the address book etc. Also included in the chapter is a description of the IMAP (used for email, but quite rare) and NNTP (news / usenet). Included in a later chapter is a description on how to implement DNS MX (Mail exchange) which enables you to determine the associated SMTP/POP3 server of any given email address, providing a means to automatically discover the outgoing SMTP server address, or bypass a local SMTP server

 Transferring and receiving files via FTP This chapter provides a detailed open-source implementation of a fully featured FTP client (RFC 959). This provides support for folder navigation, file upload and download, and integral support for Passive (PASV) FTP for firewall traversal. As with all examples in this book, they are provided in both C# and vb.net. A simplified example of an FTP client, using the Microsoft Internet Transfer Control (ITC) is also provided. As this control is a legacy ActiveX COM object, the example demonstrates how to use COM interop late-binding (i.e. Activator.CreateInstance) to include COM functionality in your .NET applications.

 Boosting the performance of your network application with Zip compression & multicast This section is concerned with getting the most out of available bandwidth. This dicusses techniques such as caching, UDP Multicast Sockets (using the MulticastOption Class), Lossless compress (Zip), Lossy compression (image & Video) and more advanced techiques such as IO completion ports etc. Also the issue of scalability is discussed in depth, with issues such as load balancing, replication, redundancy, thread pooling, future-proofing (i.e. IPv6 compatibility).

 Communicate using XML, with Remoting and Web services This chapter teaches you the basics of .NET Remoting (the successor to DCOM), including configuration and deployment for real-world applications. It discusses the many ways in which to host a Remoteable object (Windows Service, IIS, or application), as well the means to invoke such a service (Synchronous, asynchronous, and OneWay). Going beyond the basics, it discusses remoting channels & Sinks (IMessageSink interface), object lifetime (ILease interface), Versioning, Events, and so forth. The webservice example in this chaper demonstrates how to create an XML web service (ASMX file) which can retrieve the IP address of a client computer from the underlying HTTP serverVariables. It also describes both Asyncronous and synchronous invokation of a web service.

 Listen in on network traffic, with packet level networking This chapter descibed how to listen for packets in promiscous mode (also known as packet capture or packet Sniffing), that is to say using either native .NET code (using socket.IOControl SIO_RCVALL), or using a packet driver (). This chapter includes information on how to interpret this data, including Ethernet frame header (or PPP frame headers), as well as the non-IP protocols, such as ARP, Netbios, etc. In addition to this, the chapter also describes the upcoming features in .NET Whidbey for Windows Longhorn, which provide information on available network interfaces and statistics, via the NetworkInformation class.

 Make your computer answer your phone for you, with .NET telephony This chapter provides source code for using the TAPI in .NET. TAPI allows C# and vb.net applications listen for and respond to incomming phone calls. Namely, the type of systems used in call centers and expensive CTI (computer telephony Integration) applications. The examples provided use the TAPI32 DLL's ported from TAPI .h such as lineAnswer, lineInitialize , lineNegotiateAPIVersion, lineOpen ,lineGetDevCaps, lineSetStatusMessages ,lineDrop , and lineShutdown. Also included in the chapter is how to directly invoke modem functions via the comm port using the MSCOMM ActiveX (COM) object to make outgoing calls. The examples in this chapter can be expanded upon to make and recieve VOIP (H323) calls, and leverage SAPI to record and playback speech over the telephone via TAPI.

Fiach Reid is a graduate of the University of Ulster (Ireland) with an honours degree in Electronics and Computing. Among other qualifications, the author is Microsoft certified in SQL Server, and has a Diploma in Industrial

Studies. Since the release of .NET in November 2000, he has developed flagship .NET solutions for various companies including Kainos Software, Eyespyfx and Cheapflights International. The author is currently a Director of the software consultancy firm,