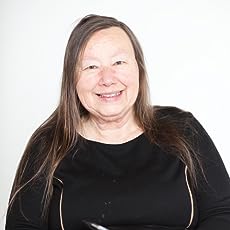 Follow to get new release updates and improved recommendations
Myrna Combellack is a Cornish writer who publishes under the Cornish Fiction imprint. Her work belongs to the Cornish Realism genre, which attempts to avoid using Cornwall as a backdrop and to put some realism into writing about Cornwall. Others writing in the genre include Alan Kent and Roy Phillips.

Myrna Combellack's works of fiction include: The Playing Place trilogy; The Permanent History of Penaluna's Van; Cuts in the Face (short stories); The Mistress of Grammar; The Camborne Play (a verse translation of Beunans Meriasek.)

All of these are available on Amazon, Barnes and Noble (Nook) and second hand sites. 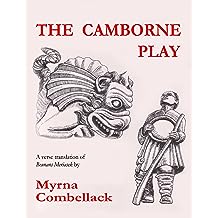 The Camborne Play 23-Sep-2014
by Myrna Combellack
( 1 )
£1.59
Vitality & joy of life are the keynotes to this new translation of the 16th century Cornish language play, Beunans Meriasek. In it, Camborne's noble patron saint, Meriasek, is sent to school, refuses marriage & all worldly considerations, embarking instead on a priestly career of such piety that it ends in a bishopric of immense wealth and grandeur of the kind that he had studiously worked to avoid all his life.

Meanwhile in Rome, eight centuries earlier, the pagan emperor Constantine is stricken with leprosy, only to be cured by the outlawed Christian pope, Silvester, resulting in the Christian conversion of an empire. Black masses, slain dragons and the Duke of Cornwall goes to war in two further plays.

This new verse translation was rehearsed & performed at St Paul's church, Truro, in February 1986 by a medieval mixture of amateur, professional & student actors.

Myrna Combellack was Academic Secretary at the Institute of Cornish Studies (Univ of Exeter & Cornwall CC) from 1972 to 1990.
Read more 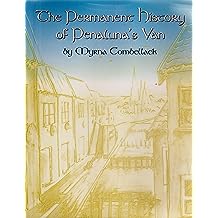 The Permanent History of Penaluna's Van 06-Nov-2014
by Myrna Combellack
( 1 )
£1.59
It is spring in Cornwall again. Life is burgeoning in the bleak and muddy pop-up housing estate of Toldhu, where the buildings are sliding down the hillside at an uneven rate and the fast advancing crack in the Artex has opened up a lane to domestic misery.

With artful shifts of grammar and syntax, Combellack's relentless prose contrives the mental maps of people who are cemented to the unforgiving land. 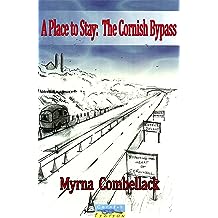 A Place to Stay: The Cornish Bypass 03-Nov-2013
by Myrna Combellack
£2.32
The mid-1990's have arrived and the world is suffering from a serious economic recession. The Cornish parish of St Coen is still recovering from the mining flop of the 1880's, so hardly anybody notices. The folk up at the big house are contriving to improve their conditions and the locals are finding little jobs and ways of hanging on until the next bonanza. Somebody has built a nice new road across the derelict wastes, promising that the heart of Cornwall will be by-passed, with the usual delays expected. Ever united in the matters of the accumulation of wealth, the parish broods on retrieving its own pot of gold from the bedrock. As the game reaches its unpredicted end, all is well and everybody scores.