<![endif]--> Skip to main content
My Sister, Myself and over 8 million other books are available for Amazon Kindle . Learn more
Share <Embed>
Have one to sell?
Sell on Amazon 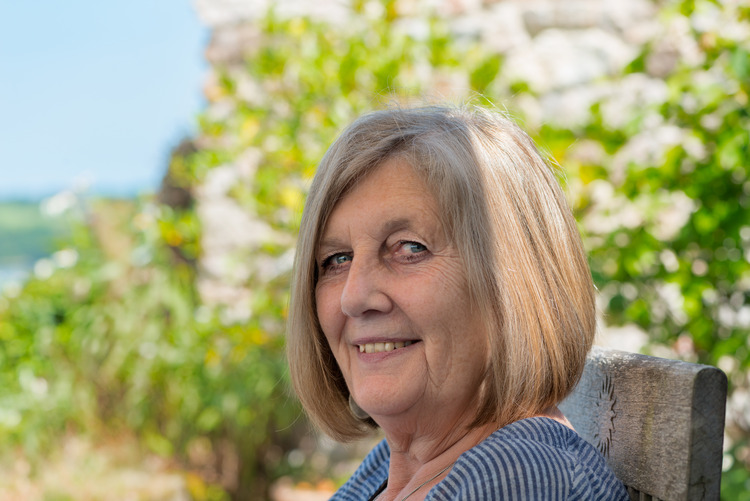 by Jill Treseder (Author)
4.6 out of 5 stars 8 ratings
See all formats and editions Hide other formats and editions
Promotion Message No-Rush Reward. 1 promotion
FREE Delivery: Select this option at checkout
Note: This item is eligible for click and collect. Details
Pick up your parcel at a time and place that suits you. How to order to an Amazon Pickup Location? Learn more
Read more Read less

Start reading My Sister, Myself on your Kindle in under a minute.

Jill Treseder was born in Hampshire and lived all her childhood in sight of the sea on the Solent and in Devon, Cornwall and West Wales. She now lives with her husband in Devon overlooking the River Dart. After graduating from Bristol with a degree in German, Jill followed careers in social work, management development and social research, obtaining a PhD from the School of Management at the University of Bath along the way. Since 2006 she has focused on writing fiction.

4.6 out of 5 stars
4.6 out of 5
8 global customer ratings
How does Amazon calculate star ratings?
Amazon calculates a product’s star ratings based on a machine learned model instead of a raw data average. The model takes into account factors including the age of a rating, whether the ratings are from verified purchasers, and factors that establish reviewer trustworthiness.
Top Reviews

Average Reader
5.0 out of 5 stars Emotive. Dramatic. Heart rending and fascinating historical fiction
Reviewed in the United Kingdom on 5 December 2018
Verified Purchase
This interesting historical novel begins with the Hungarian uprising in 1956 Budapest and moves through to London and Devon in the 60s and 70s

With the Nazi occupation of the country not too far behind them in post Second World War Hungary, the citizens of that country have another oppressive regime in the form of their communist masters. When Russian tanks roll in to suppress the student uprising, Lάszló, a journalist, his wife Teréz and their two daughters, Katalin and Marika have to escape the country because Lάszló is a wanted man. He’s served a prison sentence, was conscripted to fight at the front for his outspoken views and his anti communist political stance. Teréz and Marika manage to get onto a train to Vienna to stay with family there and Katalina and her father make a perilous journey over mountainous, snowy routes into Austria.

Reunited there are tensions between the two sisters who have a difficult relationship throughout the book. Marika is impulsive and a bit on the wild side, Katalina, more reserved with an introspective personality. Shortly before she left Budapest she was told that she would be given the star role of the Snow Queen in a ballet performance and the disappointment of losing out on this stays with her for a long time. The family live in a pokey flat in Kentish Town before the girls go away to a boarding school for girls where they each encounter their own problems and some prejudice towards their refugee status.

When tragedy befalls the family and the girls are sent to rural coastal Devon to stay with their aunt Klάra, sister of their father, the problems between the sisters spiral out of control. Marika loves the area, her aunt and her dog but Katalina doesn’t and makes every effort to return to London.

I found this novel to be an absorbing and fascinating read. A lot of issues were highlighted. Family dynamics, particularly those between sisters who were the complete opposite of each other and the issues facing both refugees and evacuees. The displacement of people during wartime and and the lasting psychological damage that can happen.

At first I wasn’t very keen on Marika and preferred Katalina but by the end of the book I had the opposite view.

I liked the character of aunt Klάra who had mixed feelings towards the girls of wanting to care for them but not relishing the intrusion of them, or the ongoing drama of their relationship into her usually secluded quiet life.

The author has obviously researched the historic timeline of Hungary and the effects of war and conflict thoroughly. At first I wondered if she’d lived through the experiences described in the book herself because she brought it to life vividly and weaved it all into a fascinating story. All in all it was a well written, darned good read and the story kept me interested right until the end.

CL
5.0 out of 5 stars Another imaginative, multi-dimensional and compelling novel from Jill Treseder.
Reviewed in the United Kingdom on 17 October 2018
Verified Purchase
As in her previous books, the author demonstrates great skill in portraying ambivalence in even the closest personal relationships, especially familial ones. This novel also fizzes with passion in various guises - love, hate, resentment, bitterness, ambition - they are all there, often ferociously so. As are the loneliness and alienation experienced by a refugee trying to make a new life in an uncomprehending and often hostile world. Yet there is a gentler, calmer side too, notably in Treseder’s loving and visual descriptions of the sea and of the Devonshire countryside, which glisten like golden thread throughout and which nicely counterbalance the high drama of the plot.
Read more
Helpful
Comment Report abuse

Emma R
4.0 out of 5 stars A heart rending tale of displacement
Reviewed in the United Kingdom on 30 December 2018
I am fascinated by history, and so I am always keen to read historical fiction, and My Sister, Myself is a little gem. It tells the story of two sisters, Katalin and Marika who are forced to flee their home country of Hungary in 1956 when the Russians crush the revolution against the Communist regime in place. Following their escape they settle in London - but their lives are forever changed. Their father is a wanted man, and the relationship between the two girls is highly fraught. Everything they thought they were and thought they had has been taken from them. Katalin has lost the career she dreamed of, whilst Marika is forced to suffer a horrifying experience.
This novel is at its heart a story of displacement and the effects of war on those who are the most innocent and vulnerable, children. Katalin and Marika are literally torn away from everything they know and are plonked into another, completely strange culture and are expected to assimilate to fit in. The novel examines how their loss of identity shapes their future and their relationships with each other and with those around them.
I had expected something very different from this novel, I thought it would be a saccharine sweet novel of the importance of sisterhood, but it tells a very different story, from a very different perspective, which I personally found fascinating.
In the first instance I found both sisters very unlikeable, and I never warmed to Katalin, although by the end I did understand her. It took me a little while to connect with Marika, but when I did I loved her sparky spirit. Her journey is the cornerstone of the novel and it is through her that we begin to understand Katalin. Their shared experiences, instead of tying them together, divide them and it really is a heart breaking story, and sadly so relevant today with wars still making refugees of children.
My only slight gripe was the pacing. The latter part of the book I found to be a little choppy, quickly jumping ahead a few years. After the gentle, luxurious pace of the earlier parts which focused on their school years, I found it to be in sharp contrast. I was left with the feeling that I wanted more, more information and more narrative to go with it. I still thoroughly enjoyed the novel, but for me it just jarred a little.
My Sister, Myself is a compelling and poignant novel and the writing is lovely, making it a joy to read. It left me with a deep feeling of empathy for refugees, and my heart hurt for the girls and everything they went through. It feels paradoxical to say I enjoyed a novel on a subject so heart rending, but I really did. I highly recommend to anyone with an interest in twentieth century historical fiction.
Read more
Helpful
Comment Report abuse
See all reviews
Unlimited One-Day Delivery and more
Prime members enjoy fast & free shipping, unlimited streaming of movies and TV shows with Prime Video and many more exclusive benefits.
> Get Started