My Legendary Girlfriend and over 8 million other books are available for Amazon Kindle . Learn more
Share <Embed>
Have one to sell?
Sell on Amazon 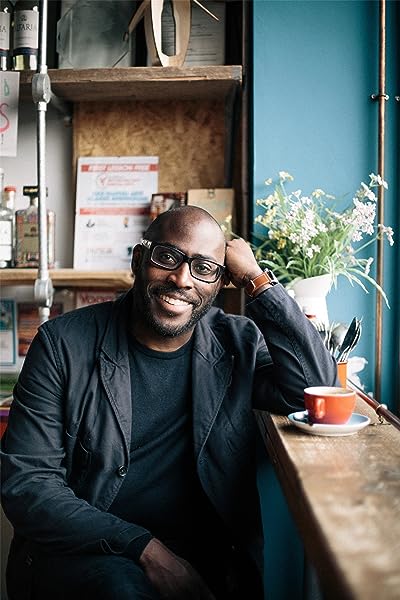 Start reading My Legendary Girlfriend on your Kindle in under a minute.

Ever been dumped? No? You're lying. Mike Gayle, previously a contributor to FHM and Just Seventeen magazines has dipped his pen in the inkpot of universal experience and written a comic novel underpinned by rejection and the ripples (or tidal waves) it continues to produce for years afterwards. For exactly three years afterwards in the case of Will Kelly, assigned to the "history" drawer on his 23rd birthday by Aggi, (she of the titular moniker) and who is now undergoing his 26th "celebration" alone in his bedsit in Archway, North London.

English teacher, serial smoker and serious list-maker--Will is a Numnul, to quote Gayle; a "New Nineties New Man New Lad", living an existence that screams "Single!". Can you fall in love over the telephone with someone you've never met? Should your best friend sleep with your girlfriend? And just how many presents should a platonic friend send you on your birthday? In real time the novel takes place over a weekend, but in effect it traces a journey that has led to this tumultuous birthday, when Will considers marriage, death, fatherhood and Pot Noodles (but not in that order).

Helen Fielding and Nick Hornby are two names that will understandably haunt Mike Gayle, whose prescriptive hero has been dubbed the "male Bridget Jones", but Gayle's book probably owes more to early Martin Amis, soaked as it is in a fever of male self-pity redolent of The Rachel Papers or Success, though without the literary flourishes or darkness. Ultimately My Legendary Girlfriend is pulp fiction for the Pulp generation, an old-fashioned morality tale dressed up as an enjoyable romp that should appeal to lovers of Men Behaving Badly and anyone who has suffered the ignominy of having a Sting song quoted at them to justify a break-up.--David Vincent

Full of belly-laughs and painfully acute observations, Independent on Sunday

A hilarious, original story for anyone who has ever been dumped, dumped or lived in a dump - with the cross-over and bestselling appeal of BRIDGET JONES, HIGH FIDELITY and THIS LIFE.

Suitable for those who have been dumped, or lived in a dump.

Meet Will Kelly. English teacher. Film fan. King of sandwich construction. Still in love with The One, desperately searching for An-Other One. In his decrepit flat, Wills lifeline is the telephone. Theres Alice (who remembers his birthday), Simon (who doesnt), Martina (the one-night stand), Kate (the previous tenant of his rented Archway fleapit) and of course Aggi - the inimitable Aggi. His Legendary Girlfriend. Or is she? Two men, three women and a donkey called Sandy...basically its your classic love hexagon.

Mike Gayle was born and raised in Birmingham. After graduating from Salford University with a degree in Sociology, he moved to London to pursue a career in journalism and worked as a Features Editor and agony uncle. He has written for a variety of publications including The Sunday Times, the Guardian and Cosmopolitan.

Mike became a full time novelist in 1997 following the publication of his Sunday Times top ten bestseller My Legendary Girlfriend, which was hailed by the Independent as 'full of belly laughs and painfully acute observations,' and by The Times as 'a funny, frank account of a hopeless romantic'. Since then he has written thirteen novels including Mr Commitment, Turning Thirty and The Man I Think I Know. His books have been translated into more than thirty languages.

You can find him online at mikegayle.co.uk and on Twitter @mikegayle.

4.1 out of 5 stars
4.1 out of 5
68 customer ratings
How does Amazon calculate star ratings?
Amazon calculates a product’s star ratings based on a machine learned model instead of a raw data average. The model takes into account factors including the age of a rating, whether the ratings are from verified purchasers, and factors that establish reviewer trustworthiness.
Top Reviews

Clayton McKie
1.0 out of 5 stars Terrible book!
Reviewed in the United Kingdom on 2 August 2018
Verified Purchase
I bought this with high expectations after reading "The Man I Think I Know" which I thoroughly enjoyed and didn't want to put down. The reviews for "My Legendary Girlfriend" were good, but it was one of the most boring books I've read. It was only in the hope that it would get better that I continued. It didn't.
Read more
2 people found this helpful
Helpful
Comment Report abuse

Amazon Customer
2.0 out of 5 stars Smelly book, boring story ☹️
Reviewed in the United Kingdom on 7 August 2019
Verified Purchase
The book Had an overpowering strong smell like a charity shop and it made me feel Queasy.
I have found this book a bit boring and hard to get into. I have read another book by this author and thoroughly enjoyed it, so was disappointed this one didn’t keep my interest.

Bea Sotted
2.0 out of 5 stars Out of the 10 Mike Gayle books read so far, this is really disappointing
Reviewed in the United Kingdom on 21 January 2019
Verified Purchase
I really struggled to engage with this book, don't know why: I've loved everything else of his that I've read so far. I never want to stop reading something, so struggled on to the end. Hope the remaining books I have, and will buy, will be up to his normal, fabulous standard.
Read more
One person found this helpful
Helpful
Comment Report abuse

Annethetrucker
1.0 out of 5 stars Boring
Reviewed in the United Kingdom on 8 August 2018
Verified Purchase
This was not as good as previous books by this author.it took a while to read because there is a lot of rambling in this depressing tale.
Read more
One person found this helpful
Helpful
Comment Report abuse

Julie
5.0 out of 5 stars Funny true to life and just lovely tale of love and loss
Reviewed in the United Kingdom on 30 June 2020
Verified Purchase
Mike Gayle's first novel is one of romance love and heartache. He manages to write in an honest realistic way and an easy to read way. This book is a wonderful read can highly recommend it.
Read more
Helpful
Comment Report abuse

Amazon Customer
3.0 out of 5 stars It’s a bit boring but you’ll still want to read to the end
Reviewed in the United Kingdom on 22 August 2018
Verified Purchase
Not as good as his other books
Read more
Helpful
Comment Report abuse