The Museum of Innocence and over 8 million other books are available for Amazon Kindle . Learn more
Share <Embed>
Have one to sell?
Sell on Amazon 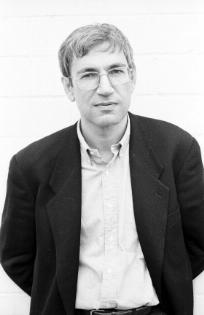 Fastest delivery: Thursday, Dec 3 Details
Note: This item is eligible for click and collect. Details
Pick up your parcel at a time and place that suits you. How to order to an Amazon Pickup Location? Learn more
Read more Read less
click to open popover

Start reading The Museum of Innocence on your Kindle in under a minute.

The Museum of Innocence is a love story at once richly humorous and deeply tragic, from Orhan Pamuk, the bestselling author of Snow and My Name is Red

Orhan Pamuk, is the author of many celebrated books, including The White Castle, Istanbul and Snow. In 2003 he won the International IMPAC Award for My Name is Red, and in 2006 he was awarded the Nobel Prize in Literature. The Museum of Innocence was an international bestseller, praised in the Guardian as 'an enthralling, immensely enjoyable piece of storytelling.' Orhan Pamuk lives in Istanbul.

4.2 out of 5 stars
4.2 out of 5
352 global ratings
How are ratings calculated?
To calculate the overall star rating and percentage breakdown by star, we don’t use a simple average. Instead, our system considers things like how recent a review is and if the reviewer bought the item on Amazon. It also analyses reviews to verify trustworthiness.
Top reviews

Mr. D. James
5.0 out of 5 stars Insights into the Obsessive Love of Things
Reviewed in the United Kingdom on 11 October 2012
Verified Purchase
Orhan Pamuk,
The Museum of Innocence

It is both easy and difficult to talk about this intriguing novel by the recent Winner of the Nobel Prize in Literature - a prize of course awarded for lifetime achievement rather than for a particular book. The easy part is to tell the plot, which usually in my experience takes up at least half of a review. The difficult part is to convey the quality of one's reading experience. So, to the plot, briefly:

Kemal, who tells the story - later we discover his story is ghost-written by a friend - is a wealthy businessman who falls in love with a poor shopgirl, one who has recently come third in a beauty contest. Unfortunately, he is engaged to an aristocratic girl to whom marriage for familial and business reasons would be more suitable. So far, so trite, but this is not Jane Austen all over again; this is romance, writ large to the nth degree. For Kemal is an obsessive; he not only cannot detach himself from Füsan the shopgirl, but can think of nothing else. All through the period of his engagement and, later, his marriage to Sibel, Kemal collects memorabilia associated with his beloved. This collection of sacred relics begins with a lost ear-ring and ends with a museum.

What is remarkable about this everyday story of an infatuated lover is the revelation of an interior world, where recalled scenes and images are as life-sustaining as the memorabilia he treasures. Cigarette butts with Füsan's lipstick on and stolen kitchen equipment are but two of the thousands of his objets d'art. Each item brings back a time and place where he loved and suffered in the past. He polishes them or kisses them in his mother's apartment where he sets up his shrine. His fling with Füsan took but a short time, but it remains with him for life. Of course, he occasionally asks himself what good this `love' does him or anyone else. The answer is not a scrap - the reverse in fact. But he can't help himself; the drug will never leave his system, and if it did do so by a miracle, the reader feels the poor man would not survive.

The claustrophobic setting is Istanbul in the 1970s and beyond. The streets are narrow and crowded and the heat suffocating. Kemal names every street along which he has passed, dreaming of the beloved or remembering his later suffering. He presents the reader with a map, highlighting important features, and, to complete his encyclopaedia of folly he appends to a 700+ page novel a paginated index of all the characters mentioned.

What I loved most about this Proustian novel was the privileged view I was given of another consciousness, a madman one might say, a self-destructive obsessive, one who sacrifices everything for a dream, a no doubt selfish illusion about a fairly unexceptional girl. Except that we are made to realise that nobody is unexceptional, that the other characters whom Kemal damages are alive and immortalised in the book, just as his treasures are enshrined in his museum. We feel sympathy for them, even those who are hostile to him.

Miss. Blackmore
5.0 out of 5 stars Now, e can visit a Real Museum of Innocence in Istanbul.
Reviewed in the United Kingdom on 8 January 2020
Verified Purchase
I used this novel to analyze Pamuk's "modest manifesto," proposed in relation to the creation of a building called after the book's title The Museum of Innocence, his belief that a museum should have the capacity to reveal the humanity of the individual, how the museum lives up to this and how this statement relates to his work as a novelist (reviewed in academia.)
Read more
Helpful
Comment Report abuse

DL O'Connor
3.0 out of 5 stars Is it me?
Reviewed in the United Kingdom on 27 March 2020
Verified Purchase
Although the writing is exceptional, the characters deep and hugely colourful, this I’m afraid was a bit of a dirge. I can hang on, 100 years solitude, Love in a time of cholera etc etc, but this was soo indulgent. My husband, an Irishman, would say ‘Jaysus, she must have been some ride!?’.....Quite?!
Read more
One person found this helpful
Helpful
Comment Report abuse

TildaB
5.0 out of 5 stars Loved
Reviewed in the United Kingdom on 26 April 2014
Verified Purchase
So its a new setting to me - Istanbul is not a literary destination I have often visited. I loved this book - I loved the visceral depiction of love and of Turkey. It is long but the central obsession keeps it moving. When it drags, I felt that the writer wanted the tediousness of obsession to drag. Its not a sentimental view of love, but a tragic view of destructive, obsessive love that no one benefits from. I really loved this book and got lost in its pages.
Read more
3 people found this helpful
Helpful
Comment Report abuse

Christine Hutson
4.0 out of 5 stars A good insight into how men think
Reviewed in the United Kingdom on 12 June 2018
Verified Purchase
Most interesting novel. A good insight into how men think. Very intense, but enough to keep me reading well into the small hours. Only half way through so no idea how it will finish. Very clever.
Read more
One person found this helpful
Helpful
Comment Report abuse

Amazon Customer
5.0 out of 5 stars Brilliant but terribly sad
Reviewed in the United Kingdom on 1 February 2019
Verified Purchase
I loved this book, but it left me feeling awfully desolate after reading it. Need to visit the actual museum at some point.
Read more
One person found this helpful
Helpful
Comment Report abuse

Mrs Helen Hacking
5.0 out of 5 stars An amazing novel, set in Istanbul
Reviewed in the United Kingdom on 17 March 2016
Verified Purchase
An amazing novel, set in Istanbul, where an actual museum containing items that the hero keeps as memories of his beloved has been created.No wonder Pamuk was awarded the Nobel prize for literature.
Read more
2 people found this helpful
Helpful
Comment Report abuse

Yasmin Rogers
4.0 out of 5 stars Tale of Istanbul torn between Western freedoms and tradition told through one man's obsession for collecting ...
Reviewed in the United Kingdom on 12 September 2015
Verified Purchase
A little self indulgent at times but conjured up the feeling of repression and frustration of the Istanbul of the time - torn between Western and traditional Turkish culture. This probably rings true today for some minorities in Europe. It tells the tale of one man's passionate obsession as he collects objects for his "museum" in an attempt to hold on to ...and maybe understand the object of his attention. Meanwhile she remains seemingly forever out of his reach....
Read more
Helpful
Comment Report abuse
See all reviews
Pages with related products. See and discover other items: metropolitan museum books
Unlimited One-Day Delivery and more
Prime members enjoy fast & free shipping, unlimited streaming of movies and TV shows with Prime Video and many more exclusive benefits.
> Get Started