<![endif]--> Skip to main content
Mistakes We Make (Heartlands 5) and over 8 million other books are available for Amazon Kindle . Learn more
Share <Embed>
Have one to sell?
Sell on Amazon 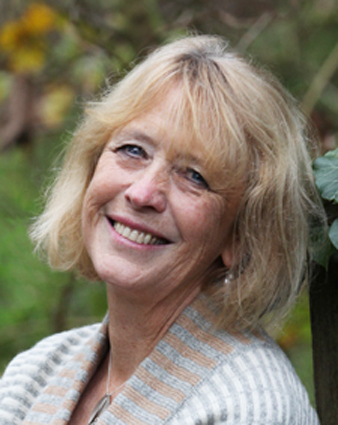 Start reading Mistakes We Make (Heartlands 5) on your Kindle in under a minute.

Though Jenny Harper was born in India and grew up in England, she lives in Edinburgh and loves Scotland and all things Scottish. Her Heartlands series is contemporary women's fiction with bite: complex characters facing serious issues. She is married to former MSP Robin Harper.

4.5 out of 5 stars
4.5 out of 5
8 customer ratings
How does Amazon calculate star ratings?
Amazon calculates a product’s star ratings based on a machine learned model instead of a raw data average. The model takes into account factors including the age of a rating, whether the ratings are from verified purchasers, and factors that establish reviewer trustworthiness.
Top Reviews

Reading Queen
4.0 out of 5 stars A Well Woven Story of Love and Second Chances
Reviewed in the United Kingdom on 7 November 2016
Verified Purchase
When I knew Brook Cottage Books were hosting a tour for Jenny Harper I jumped at the chance to review. She’s one of my favourite authors and Mistakes We Make has turned out to be another great read. Like the others in the Heartland series this is a stand alone read. Molly and Adam marry, they’re in love, have a future together. How then can things go so wrong? Well, sometimes it’s life getting in the way. Lawyer Adam, who works in the family practice, is career driven. Perhaps a little too career driven when he rings home saying he’ll be late on Molly’s birthday – a day he seems to have completely forgotten about. The breakdown is gradual, little niggles become bigger rows and eventually Molly begins spending time with best friend Lexie Gordon’s brother Jamie. Friendship eventually spills over into an affair, which is discovered by Adam and the pair separate. Jamie’s tragic death soon afterwards still haunts Molly.

Mistakes We Make begins when Lexie decides to treat Molly to time away at Loch Melfort, a place she loves and which she had been to with Adam. The last thing they expect to find when they arrive is Adam staying with his girlfriend Sunita. From that moment both of them take stock about what has happened to their relationship. Have they gone beyond the point of no return, or is there a chance, against the odds there might be a way back? However, Molly’s planned move to a job in London and Adam’s relationship with the beautiful Sunita, makes them decide it’s too late and divorce is inevitable. As Adam sets in motion the process to end their marriage, Caitlyn Murray makes a return to his family practice. Her arrival will bring changes affecting both his and Molly’s futures, taking them in directions they had never expected.

Lyn
5.0 out of 5 stars Loved it!
Reviewed in the United Kingdom on 17 December 2016
Verified Purchase
A new Jenny Harper is always a cause for celebration and this certainly didn't disappoint. Although the book works fine as a stand alone novel, I enjoyed meeting characters from previous Heartlands books. This is a clever book, with some twists I didn't expect but which made perfect sense when they were revealed. Great characters, a thoroughly enjoyable read - exactly what I've come to expect from this author.
Read more
Helpful
Comment Report abuse

Ali - The Dragon Slayer
4.0 out of 5 stars Enjoyable as a lazy weekend read.
Reviewed in the United Kingdom on 21 September 2016
I was offered this book to read, something about Jenny Harper made me think it would be a family saga, all homely and cream teas. Well I was way off the mark! Apparently this is the fifth in a series, set in and around Edinburgh. I tend not to like jumping into a series with no prior knowledge but I manged this one as a stand alone. It might have been a benefit to know some of the characters but in fairness I wasn’t able to read them so I opted to give it a try.

Molly and Adam .. separated and going their individual ways. Lexie the pregnant friend. Caitlyn the young girl trying to cope with her family and wanting to better herself.

This moves quite quickly and does need concentration to follow which part you are in and whose story you are experiencing. But it flows with a passion. There are numerous events and with hindsight Molly and Adam can see that maybe they strode the wrong paths which led to the inevitable split.

Drama in the law firm cause folks to question themselves and integrity. What are you prepared to put on the line for right or wrong.

Caitlin has a rough experience which is written well and with sympathy. In general there is plenty to keep the reader absorbed and you will be rooting for one or the other.

The ending was fairly predictable but there had been many twists and turns along the way. I think it highlights we are all capable of mistakes, whether by accident or design. Love and forgiveness are qualities that would be wonderful if they could be achieved. A solid story with people you can possibly identify with, enjoyable as a lazy weekend read.

Many thanks to the author, publisher and Brook Cottage Books for my copy.

Just Another Reader
4.0 out of 5 stars Great summer read
Reviewed in the United Kingdom on 12 September 2016
Mistakes We Make is the first book I have read by Jenny and I will definitely be reading more by this author. It is the fifth book in her Heartland series, however, it works perfectly as a standalone novel.

It follows the story of Molly and Adam who have separated after Molly had an affair with her best friend Lexie’s brother. Sounds like a fairly straight forward tale, however, there is far more to this story. A broken marriage, family feuds, deaths of loved ones and an underhand work colleague all make for a novel that draws you in straight away and keeps you turning the pages.

It is also the story of Caitlyn, a young woman finding her place in the world and having to make a moral decision which could affect her future.

I really liked the characterisation in this book. Molly is struggling to understand what she really wants, Adam is struggling with the break down of his marriage and one act he subsequently regrets and Caitlyn is trying to find her place in the world. All of the characters are very real and relatable and I was immediately drawn into their lives and had to know what happened to them.

Life is not always straight forward and Jenny covers some of the difficult issues that people face with insight which makes for a great read. I flew his book as the multiple story lines and Jenny’s writing are great. A lot happens but it all comes together perfectly at the end. As humans we are all prone to making choices that are not always good for us and that we come to regret later on and Jenny illustrates this perfectly and makes The Mistakes We Make very real. Despite this, it is an uplifting read that demonstrates that adversity can be overcome, it is very human to make mistakes and that sometimes what we think we want is not always what we need.

A great book - perfect to while away a quiet weekend - I will be checking out the rest of the Heartland series.