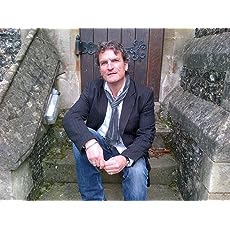 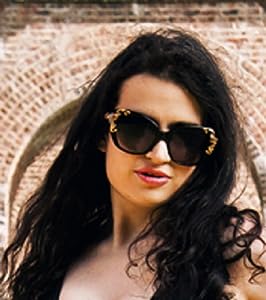 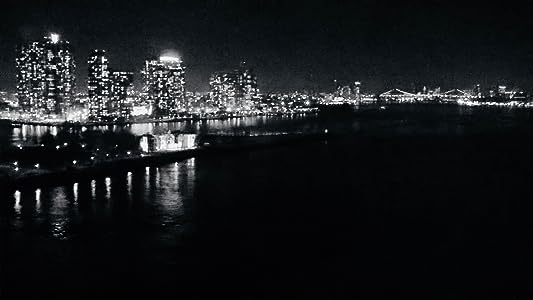 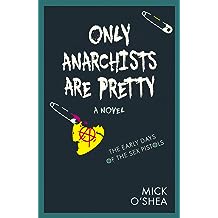 Only Anarchists are Pretty: The Early Days of the Sex Pistols 01-Sep-2019
by Mick O'Shea
( 10 )
£1.99
'Early Seventies Britain was a very depressing place. It was completely run-down, there was trash on the streets, total unemployment — just about everybody was on strike' - John Lydon

Kings Road, mid 70s. A couple of lads from council estates in west London, Paul Cook and Steve Jones, hang around a shop named SEX which was to become the epicenter of a whole new movement. With encouragement from shop owner Malcolm McLaren they form a band and he names them The Sex Pistols.

Rock writer Mick O’Shea absolutely captures the heady spirit of London in 1977, and the early rumblings of the punk revolution which was about to explode, sending out shockwaves around Europe and to America. The hippy culture of the 60s was well and truly buried as a harder, tougher style of music and fashion took grip. This is a semi-fictional account of the band’s early days and of the the search for a frontman, led by McLaren and future Clash manager Bernie Rhodes. Eventually they alighted on the charismatic figure of John Lydon, renamed Rotten due to the appalling state of his teeth. With the addition of grammar school boy Glen Matlock as bassist and principal songwriter the now fully-formed band progressed through a series of chaotic early rehearsals and gigs, culminating in their infamous TV appearance with Bill Grundy.

Although they only lasted for two and a half years The Sex Pistols are regarded as one of the most influential acts in the history of popular music. This is a fascinating recreation both of their early days and of the supporting cast who surrounded them – McLaren, Vivienne Westwood, Siouxsie Sue, Billy Idol – who created the punk movement and went on the achieve fame in their own right.


'Dates, times and places are correct, the rest is the stuff of myth, a rollercoaster ride through the Pistols before Grundy.
From December 1st 1976 via the ‘Today’ show the group became very public property, before then, their story is shrouded in hearsay and half truths, foggy at best, unless of course you choose to read this book!' - Alan Parker, Sid Vicious biographer

Mick O’Shea spent ten years in the finance industry before making the switch from numbers to letters on a full-time basis. He started out penning articles for magazines such as Amped, Wired and Record Collector, before attempting his first manuscript Only Anarchists Are Pretty. Mick now has some 20 titles in print, including bios of Amy Winehouse, The Clash's Mick Jones, Guns N' Roses and The Smiths. Anarchy In The UK, the sequel to Only Anarchists Are Pretty, was published by Famous Seamus in May 2018. 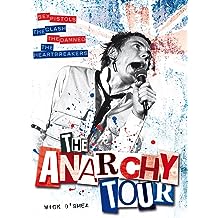 It was December 1976, and a coach drove off down a London street like any other. On board were the Sex Pistols, The Clash and The Heartbreakers, while The Damned, who were also on the bill, followed behind.

However, two days earlier on the Today Show, tour, the Sex Pistols’ had lit a fire in the popular consciousness. What should have been an inconsequential three-minute interview descended into farce when the show’s host goaded Sex Pistols’ guitarist Steve Jones into saying ‘something outrageous’. Local councils began to ban the tour and agreed “Most of these groups would be vastly improved by sudden death”.

Author Mick O Shea dissects the whirlwind that followed these punk-rock heavyweights and the sheer force of their rebellion against popular culture. He has interviewed band members, managers, roadies and audiences to tell the true story of how anarchy once gripped the nation.
Read more
Other Formats: Paperback 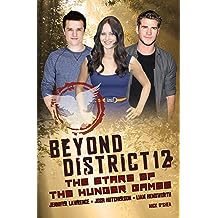 Beyond District 12: The Stars of The Hunger Games 29-Jun-2015
by Mick O'Shea
( 6 )
£6.66 £9.99
Already dubbed "the new Twilight," and based on the best-selling series of young adult books, The Hunger Games is set to be one of the most exciting films of 2012. Beyond District 12: The Stars of The Hunger Games provides an exclusive look at the up-and-coming young actors behind the three main roles of Katniss, Gale, and Peeta. The book features detailed biographies outlining Liam Hemsworth’s, Jennifer Lawrence’s, and Josh Hutcherson’s early lives, their first forays into acting, and how they landed the most sought-after roles in Hollywood. Packed with behind-the-scenes gossip from the film's set and details of the trio's on- and off-screen antics, Beyond District 12 is an essential guide to the movie phenomenon.
Read more
Other Formats: Paperback 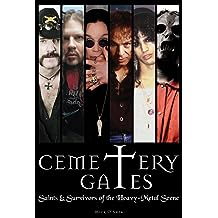 Cemetery Gates: Saints and Survivors of the Heavy Metal Scene 01-Jul-2014
by Mick O'Shea
( 5 )
£8.33 £14.99
Cemetery Gates takes you inside the minds of the most twisted icons of heavy metal - including Ozzy Osbourne, Axl Rose, Nikki Sixx, Trent Reznor, Peter Steele, Dimebag Darrell, Cliff Burton, Layne Stayley and John Bonham. Whatever their deadly sin, these prodigiously talented musicians haveall come dangerously close to the edge. Cemetery Gates is the ultimate tribute to the stoical survivors who dragged themselves back from the abyss - as well as the sainted icons who weren't so lucky. The likes of Dio and Dimebag may be gone, but this riotous epitaph - to men who've lived every day as if it was their last - ensures they'll never be forgotten.
Read more
Other Formats: Paperback 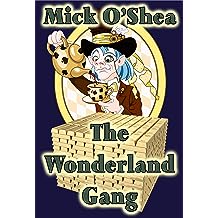 Milner had become something of a personal nemesis over the years, and he’d sworn to put the self-styled ‘Mayfair Playboy’ behind bars before picking up his police pension. There were at least five unsolved robberies currently on file at Scotland Yard that he would have put said pension on Milner having carried out. Yet each time he‘d pulled the cocksure thief in for questioning he’d always had an alibi to hand; the most recent being that on the particular night in question he’d been out drinking with the actor Michael Caine to celebrate the release of Caine’s latest film, Alfie.”

A well known member of the London underworld of the 1960s, Bruce Milner is about to be ‘fitted-up’, framed for a crime that he didn’t commit... The theft of a large amount of Gold bullion. OK, so he had planned to commit it, but instead, due to a double-cross, found himself tied up in an Undertaker’s basement, not the most salubrious of accommodation.

Will he be able to escape the basement and the clutches of the law or will he find himself locked away for a very, very long time? And can he rely on his old ex-army buddies the delightfully strange ‘Dormouse’ and ‘March Hare’ his one-time fellow thieves, who once with him were ‘The Wonderland Gang’. 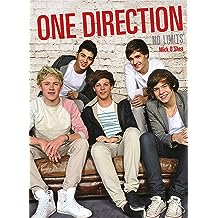 One Direction: No Limits 01-Jul-2014
by Mick O'Shea
( 5 )
£6.66 £9.99
Five boys. Millions of devoted fans. One Direction! Since graduating from TV talent show The X Factor in 2010, cleancut cuties One Direction have taken the pop world by storm, breaking chart records on both sides of the Atlantic with their debut album Up All Night and setting girls' hearts racing. Packed with sumptuous full-colour photographs of Harry, Niall, Zayn, Liam and Louis, No Limits tells each member's story in full and chronicles the group's journey to become the hottest boy band in the world. Whether you love Niall's Irish charm or go weak for Harry's cheeky grin, One Direction: No Limits is the perfect addition to any fan's collection.
Read more
Other Formats: Paperback 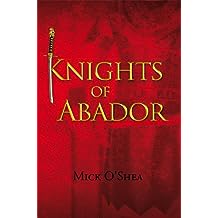 Knights of Abador 14-Sep-2011
by Mick O’Shea
£12.99 £13.99
Knights of Abador is the first instalment of the Tales of the
Knights Xemplar trilogy. It tells the story of Lucian, a 17-
year-old farm boy who accidentally witnesses the kidnapping
of Princess Rhiana of Abador by the blood-lusting Galyaks. But
he arrives at the walled-city to tell of what he has witnessed to find
High King Ocwan having been deceived into thinking it was the
neighbouring Huskenbachs that have taken his daughterhas already
set sail for Varnia with the army.
In the High Kings stead Abador is under the rule of his new chief consul,
Nikobar. But Nikobar is a Symian sorcerer who is in league with the
Galyaks, and has arranged for Princess Rhiana to be abducted in order to
bring about a war between Kalimars two strongest kingdoms. For once
Abador and Varnia have all but destroyed each other, the Galyak Warlord
Salakhan will be free to launch an invasion.
Nikobar has no intention of allowing a simple farm boy to ruin his carefullylaid
plans and sends assassins to murder Lucian, but they are foiled in the
attempt by Sir Amicob of the legendary Knights Xemplar.
In a race against time, Lucian and Sir Amicob, together with his fellow
Knight Xemplar, Sir Kulos, set out from Abador for only by uniting the
Knights Xemplar will they have any chance of rescuing Princess Rhiana
and saving Abador.
Read more
Other Formats: Hardcover , Paperback