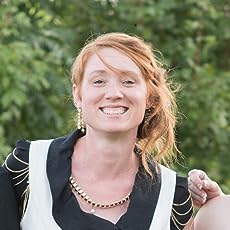 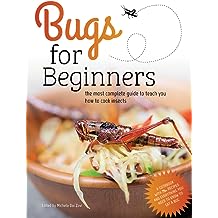 Bugs for Beginners: the most complete guide to teach you how to cook edible insects: A cookbook with 75+ recipes and everything you need to know to eat a bug 13-Jun-2018
by Michela Dai Zovi
( 19 )
£6.34
Bugs for Beginners is your introduction to the delicious and nutritious world of entomophagy, filled with more than 75 insect related recipes from innovators all around the world. This expertly curated collection will help you integrate insects into your diet, starting you off with small additions to your classic comfort foods, moving on to simple substitutions to your favorite familiar recipes, and graduating you to exciting, new cuisine, in which insects are featured prominently. Plan an intimate meal for you and a partner, or a large gathering for your most adventurous friends. You'll find instructions on how to cook and flavor insects, including recipes for Cricket Piccata, Mealworm Crispy crunchies, Kentucky Fried Crickets, and Waxworm Ramen. Gorgeous color photographs throughout.
Read more 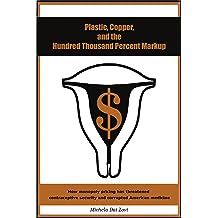 Plastic, Copper, and the Hundred Thousand Percent Markup 12-Dec-2014
by Michela Dai Zovi
( 2 )
£4.76 £8.19
The copper intrauterine device (IUD) has been described as an “unsung, under-promoted success story,” and the “preferred device… on the basis of its efficacy, safety and long history of use,” and is often hailed as the “international gold standard” in contraceptives. It is arguably the safest, most reliable, and most economical contraceptive option for women. It is also, in its construction, little more than a sterilized piece of plastic and copper—albeit a very useful one. Despite costing only approximately $0.25 to produce, it can cost nearly $1,000 in the United States, compared to under $100 in Canada and Europe, close to $5 in other nations, and as low as $0.31 in Chile. This book explains circumstances unique to the United States which have allowed this kind of price discrimination to flourish, as well as consequently perpetuated inequality of opportunity, fiscal waste, compromises in medical safety, and restrictions to consumer freedom.
Read more
Other Formats: Paperback