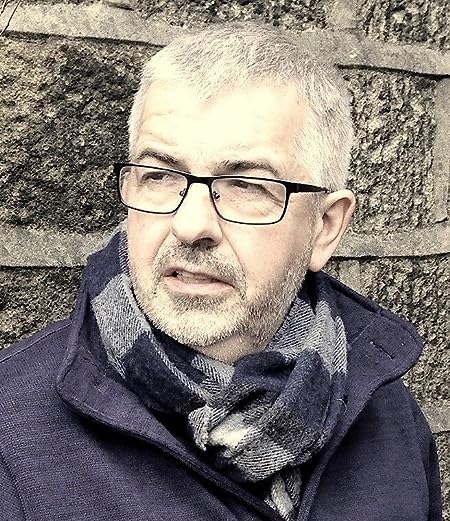 Michael Crowley is a writer and dramatist. Michael’s drama has been produced on stage in the UK and Australia, for BBC Radio and Sky Arts. He is the artistic director of The British Multitude Theatre Company and has worked extensively in youth and community theatre. He is based in Hebden Bridge, West Yorkshire. See more at michaelcrowley.co.uk. 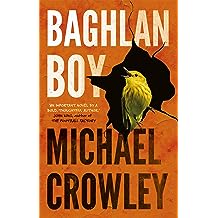 Baghlan Boy 15-Sep-2020
by Michael Crowley
( 3 )
£3.99 £8.99
Farood Abdali is just eleven years old when a drone strike destroys his family’s mud-built home in Baghlan Province, Afghanistan, killing his father and leaving him and his older brother alone. His brother sells the family sheep to pay an ‘agent’ to take Farood to the West, not knowing when he will be back but being hopeful that he’ll one day return with liberating wealth.

Farood’s journey is one of pain and endurance across Pakistan, Iran and Turkey, in the boots of cars at border crossings and waiting with others in basements and trailers, afraid and confused.

We skip forward eight years to a prison where nineteen-year-old Farood is beginning a life sentence for a crime he says he didn’t commit. He can fight better than most, but it’s not easy negotiating a way through hierarchies and alliances on the wing.
Forever a captive, despite his will to escape, can Farood Abdali break the mould and forge a better life?

“Written with great compassion and insight, Baghlan Boy takes us to the margins and beyond. Despite its roots in the tragedies of war and exploitation, this is ultimately a story of optimism, unity and justice. An important novel by a bold, thoughtful author.” – John King, novelist and author of The Football Factory

Michael Crowley is a writer, dramatist, published poet and playwright whose first novel The Stony Ground was published in 2018. He is also the author of a textbook on criminology, Behind the Lines. Michael’s drama has been produced on stage in the UK and in Australia as well on BBC Radio and with Sky Arts. He is the artistic director of The British Multitude Theatre Company and has worked extensively in youth and community theatre, including with refugees and asylum seekers. He has also taught Creative Writing at Sheffield Hallam and Edge Hill universities. Between 2007 and 2012 Michael was a writer in residence in a young offenders’ institute, conducting much of the research for Baghlan Boy during this time. He is based in Hebden Bridge, West Yorkshire. See more at michaelcrowley.co.uk.
Read more
Other Formats: Paperback 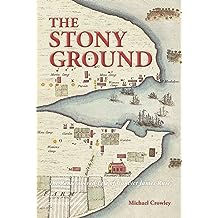 The Stony Ground: The Remembered Life of Convict James Ruse 20-Jun-2018
by Michael Crowley
( 3 )
£9.99 £14.99
The Stony Ground is the story of Cornish farmworker James Ruse, reprieved from the hangman’s noose and transported to Botany Bay on the First Fleet in 1788. Ruse, commemorated as a pioneer in his adopted country, was reputedly the first prisoner ashore, carrying an officer on his back. Eventually pardoned, at Experiment Farm he became Australia’s first settled farmer, the first ex-convict to be granted land and the first settler to become self-sufficient, bringing him into conflict with indigenous people. In this gripping historical novel the life of Australia’s most symbolic convict is described in Ruse’s own voice.

A highly original narrative of exile and survival from rural England to New South Wales and the Tasman Sea filling a gap in the literature of transportation and dramatising a key period in British penal history.

‘A fascinating, compelling and important account of a violent and bloody history. It’s a real achievement – a thorough account of a whole life, framed by questions of economics, authority, social-class, church and Law—successfully occupying an imaginative space that feels both documentary and fictional’—Andy Croft, poet and novelist.

Michael Crowley is a writer and dramatist who has worked in theatre, youth theatre, prisons and elsewhere. He lives in West Yorkshire. His writings include The Man They Couldn’t Hang and Behind the Lines: Creative Writing with Offenders and People at Risk (both Waterside Press) and his poetry Close to Home and First Fleet.

You can read Michael Crowley's article "The James Ruse Story: An Epic Tale of Everyman" on his blog: michaelcrowley.blog.
Read more
Other Formats: Paperback 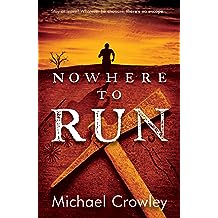 What’s a fair punishment for stealing a watch?
It’s 1788 and Jacob Jones has been sentences to seven year’s labour in Australia. The work is hot, hard and dangerous.
Will Jacob find a way to escape? Or is there nowhere to run?
This book is particularly suitable for adults who want to improve their reading skills. It includes ‘What do you think?’ questions at the end of each chapter. 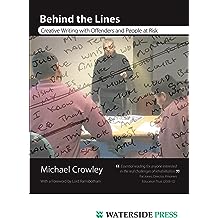 Behind the Lines: Creative Writing with Offenders and People at Risk 22-May-2012
by Michael Crowley, David Ramsbotham
( 5 )
£9.99
A book for anyone concerned about the level of literacy amongst prisoners. Behind The Lines is the product of some 15 years of working with offenders and people at risk in prison and in the community. It is based on the author’s extensive experience of using creative writing to change and improve thinking and behaviour to prevent crime. It includes: Easy to read explanations of the method; Dozens of practical exercises and ideas for discussion; Advice about the different approaches; Samples of writing by offenders, inside and outside of prison; The author’s views about what works to engage and encourage (often) wary participants. Behind the Lines represents a major contribution to rehabilitative work (in one sense it is the prison-writing equivalent of the highly successful Waterside Press publication, The Geese Theatre Handbook). A Key Resource For: Writers in residence; Offending behaviour group workers; Youth workers; Youth offending teams; Community workers; Psychotherapists, therapists and counsellors; Special needs workers and teachers; Anyone tackling literacy levels of risk groups... and people training or studying in these and related fields.

'A very useful resource for those working in difficult environments, with students who generally have low levels of traditional educational attainment, negative learning experiences and who, due to cultural and class barriers, are not accustomed to engaging with the arts, either in institutions or outside': Cormac Behan, Lecturer in Criminology, University of Sheffield.
‘Essential reading for anyone interested in the real challenges of rehabilitation’: Pat Jones, Director of the Prisoners Education Trust (2008-12).
‘Shows how you can turn the lead of anger and despair in prisoners into the gold of insight and creativity’: Oliver James, author.
‘Shows a sceptical world that [young offenders] are capable of reflection, of understanding what led them into the acts they have committed and the effects on other people and on themselves’: Alicia Stubbersfield, Poet and Koestler Award Judge.
‘A wake-up call to the educational system, which allows so many young people to leave school in the parlous position that he describes, and which creative writers up and down the country are devoting so much time and effort to mitigate’: David Ramsbotham.

Michael Crowley is a youth justice worker and writer. His works as a playwright include 'Beyond Omarska', 'The Man They Couldn't Hang' (published by Waterside Press 2010), and 'A Warning against Idle Gossip'. He has written for youth theatre and been writer in residence at a young offenders' institution for the last five years. He lives in West Yorkshire. Further details of his work and achievements can be viewed at michaelcrowley.co.uk
Read more
Other Formats: Paperback