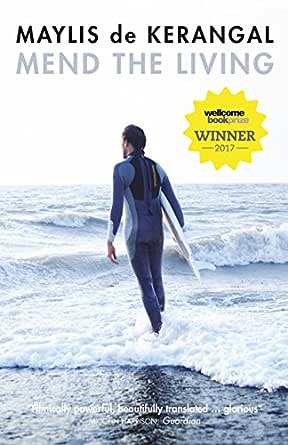 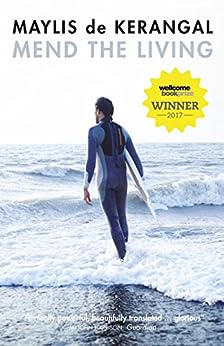 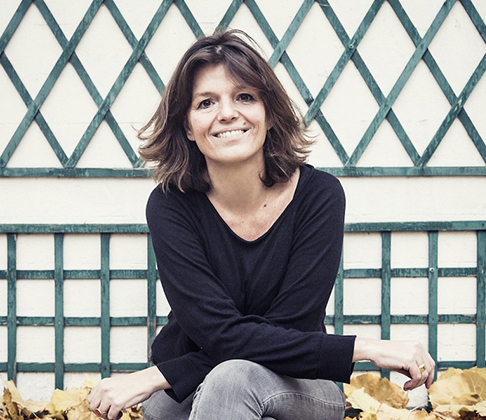 Page 1 of 1 Start overPage 1 of 1
This shopping feature will continue to load items when the Enter key is pressed. In order to navigate out of this carousel please use your heading shortcut key to navigate to the next or previous heading.
Back
Next
Amazon Business : For business-exclusive pricing, quantity discounts and downloadable VAT invoices. Create a free account
Also check our best rated Travel Book reviews

A metaphorical and lyrical exploration of the journey of one heart and two bodies . . . Compelling, original and ambitious, this novel illuminates what it is to be human., Val McDermid Published On: 2017-04-24

This breathless novel has all the beauty of a Greek tragedy. It is also a hymn to creation and a meditation on the relationship between the body and consciousness, life and death. -- Astrid de Larminat, Figaro

Maylis de Kerangal navigates perfectly between the epic and the intimate; let's just say that her writing will shake you to your very core. -- Olivia de Lamberterie, Elle

Heartbreaking; I've seldom read a more moving book... De Kerangal is a master of momentum, to the extent that when the book ends, the reader feels bereft. She shows that narratives around illness and pain can energize the nobler angels of our nature and make for profoundly lovely art. One longs for more -- Lydia Kiesling, Guardian

A thrilling opening sequence, well-suited to her urgent, breathless, visceral prose ... this extraordinary novel etches itself in the mind ... There is a flamboyant artistry at work, yet Maylis de Kerangal is confronting a reality that is all too real -- Eileen Battersby, Irish Times

The story unfolds in an intricate lacework of precise detail. These characters feel less like fictional creations and more like ordinary people, briefly illuminated in rich language ... an exploration not only of death but of life, of humanity and fragility -- Priya Parmar, New York Review of Books

Among the most fascinating writers of her generation. With Mend the Living, Maylis de Kerangal attains even greater heights -- Raphaelle Leyris, Le Monde

A novel that goes to the heart of what it means to be a human being -- Amanda Hopkinson, Independent --This text refers to the paperback edition.

Maylis de Kerangal spent her childhood in Le Havre, France. Her novel, Birth of a Bridge, was the winner of the Prix Franz Hessel and Prix Médicis in 2010. Her novella Tangente vers l'est was the winner of the 2012 Prix Landerneau. In 2014, her fifth novel, Réparer les vivants, was published to wide acclaim, winning the Grand Prix RTL-Lire award and the student choice novel of the year from France Culture and Télèrama.

Jessica Moore is an author and translator. Her book of poems, Everything, now, is partly a conversation with her translation of Turkana Boy by Jean-François Beauchemin, for which she won a PEN America Translation Award. Jessica's translation of Birth of a Bridge by Maylis de Kerangal has received widespread praise. She lives in Montreal. --This text refers to the paperback edition.

From fatal accident to life-saving operation, Maylis de Kerangal, one of the brightest and boldest writers of modern literary fiction, returns with the epic story of a heart transplant. --This text refers to the paperback edition.
Read more

4.4 out of 5 stars
4.4 out of 5
36 customer ratings
How does Amazon calculate star ratings?
Amazon calculates a product’s star ratings based on a machine learned model instead of a raw data average. The model takes into account factors including the age of a rating, whether the ratings are from verified purchasers, and factors that establish reviewer trustworthiness.
Top Reviews

I. K. Gill
3.0 out of 5 stars ‘Heal the Living’ (movie based on this book) was better.
Reviewed in the United Kingdom on 29 December 2019
Verified Purchase
Came to the book after having seen the movie earlier this year as typically books are far richer in their telling of the story. Whilst the book has been written and translated well, in this particular case the movie ‘Heal the Living’ was the more satisfying version simply due to a more equal weighting of plot being given to the main characters involved (including Claire the heart donor recipient) plus the movie had a much better, more punchy ending - 3.5 stars.
Read more
Helpful
Comment Report abuse

j illingworth
5.0 out of 5 stars Impacts of Organ donation
Reviewed in the United Kingdom on 11 September 2018
Verified Purchase
In my opinion an exceptional book. Written by a French author she indulges in sentences of rather Prousteian length, but these are well coped with by the translator. The story in the book gives a remarkably touching and sympathetic exploration of the emotional effects on the many folk involved following the death of a healthy 19 year old in a road accident (for which he was not responsible) This includes not only his family but also the medical staff who cared for him, as well as the transplant team and the recipient of his heart. As a retired G.P. I can strongly recommend it.
John Illingworth
Read more
Helpful
Comment Report abuse

JennyB
5.0 out of 5 stars Moving beyond words
Reviewed in the United Kingdom on 25 June 2017
Verified Purchase
This book captivated me, from the fear and tragedy at the start right through to the peace of the ending. In a marvellous translation, the language is beautifully precise. Finishing this book has left me feeling truly bereft..
Read more
One person found this helpful
Helpful
Comment Report abuse

Jeremy
5.0 out of 5 stars A numbing, stunning novel
Reviewed in the United Kingdom on 26 May 2016
Verified Purchase
This book is a beautifully written, and excellently translated, novel, set in real time and telling the story of a tragic event. Microscopic details, rich vocabulary and an intense focus on the rhythm of the writing, makes this an utterly compelling read. Outstanding.
Read more
Helpful
Comment Report abuse

Vonny Moyes
5.0 out of 5 stars The most beautiful book I've ever read
Reviewed in the United Kingdom on 22 May 2017
Verified Purchase
This is the most extraordinary book. The writing is dreamlike, almost unbearable in the beauty and delicacy of it's description. I didn't want it to end. A book everyone must read.
Read more
One person found this helpful
Helpful
Comment Report abuse

Laska,,z
4.0 out of 5 stars Minding
Reviewed in the United Kingdom on 3 May 2017
Verified Purchase
It took a couple of efforts to get into this book. However, it was well worth the effort. Some of the sentences are very long but contain plenty to digest. I found the cast of characters very engaging.
Read more
Helpful
Comment Report abuse

PhilS
5.0 out of 5 stars Five Stars
Reviewed in the United Kingdom on 15 November 2017
Verified Purchase
Very interesting. I assume the technical backstory is accurate. And the writing kept going right through to the end
Read more
Helpful
Comment Report abuse

Stephanie Keating Berke
5.0 out of 5 stars Claws in the Reader's heart and Mind
Reviewed in the United States on 7 June 2017
Verified Purchase
A breathtaking, heart-rending and riveting book, tough and tender, written with an extraordinary and extravagant use of language. After two days and nights of unstoppable reading I cannot imagine what I could read next. Branded into my memory like nothing I have absorbed for years.
Read more
One person found this helpful
Helpful
Sending feedback...
Thank you for your feedback.
Sorry, we failed to record your vote. Please try again
Report abuse