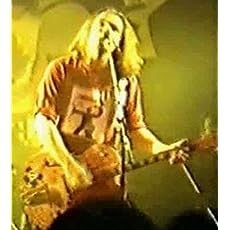 Follow to get new release updates, special offers (including promotional offers), and improved recommendations.
Born in Birmingham in 1966 and bought up on the outskirts of Wolverhampton. Matt has lived in Portugal, Yorkshire, Suffolk, Kent and Spain. At one time or another he has been a trainee erection engineer (is there a better job title than that?), a semi-professional rock musician and a disillusioned corporate drone.

Now in his mid-to very late-forties he currently divides his days between writing, playing a mean electric guitar in the front room and, surprisingly, as neither appear to pay that much towards the bills, loads of other stuff that apparently does.

'Marginal Spain (A Cycling Odyssey)' (publication date: a July in the future, 2018 possibly) will be his third book. It sees the author return to his beloved Spain, but this time for a lycra clad misadventure based around his new found passion for cycling and ultimately his very own invention of a new cycling genre (discipline? We much prefer 'genre'): 'Guerrilla Ciclismo' (patent applied Apr '14)

His first book "Drunk in Charge of a Foreign Language (The Diary of a Spanish Misadventure)" told the story of a three month camping tour around Spain that he and his wife undertook in 2006. A month into the tour it went horribly wrong when she asked for a divorce and flew back to England. Matt didn't, he continued the journey alone. What unfolded was a drunken (and let's make that very drunken), tragi-comic journey around the rest of Spain.

His second book "The Electric Guitar Daydream Quest" was published in November 2013. Matt describes it as a prequel to Drunk in Charge; a sort of coming of age memoir that takes you through his early life, when the pursuit of free-love, fame and fortune with an electric guitar was all he ever thought about.
Read more 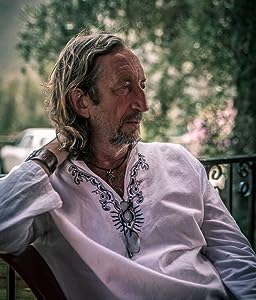 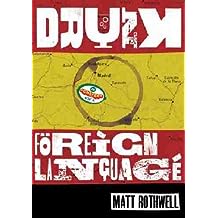 'Matt’s love of Spain shines throughout this book. A very funny and engaging read' - David Luddington author of 'Forever England'

What would you do if your wife asked you for a divorce thirty days into a three month camping tour of Spain?
Set fire to the car and fly home? Sounds a tad extreme.
Stay and get drunk for a couple of months? Sounds feasible.
Learn to chat girls up in Spanish, German and Russian? Sounds like a plan!
Welcome to Spain as seen through the author's vino tinto glasses. It's a Spain rarely seen on television and certainly never mentioned in glossy travel magazines. 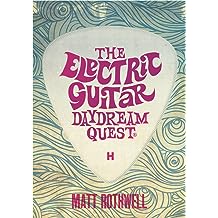 The Electric Guitar Daydream Quest is Matt’s humorous and self deprecating twenty year journey along the lonely route to rock ‘n’ roll stardom; from a young boy strumming a tennis racket along to The Wombles, to a full blown man crush on all things The Wonder Stuff. In the pursuit of his rock ‘n’ roll dream he serves up a real ‘How-Not-To Guide’ for anyone who has ever aspired to strap on an electric guitar and go in search of the perfect riff, groupie filled parties and rock ‘n’ roll immortality.

Starting out in Dudley in the mid 1970s and ending in early 1990s Tokyo, it takes in the very improbable rock ‘n’ roll hotbeds of Kidderminster, Wolverhampton and the Algarve. It is an alcohol fuelled rollercoaster ride to the very brink of pre-Brit Pop stardom, that culminates in a brief five (not quite fifteen) minutes of fame for the author as the singer-guitarist of MTF: the Black Country’s greatest ever (author’s words) indie rock band.

Are you ready to rock?