<![endif]--> Skip to main content
The Masters of Sitcom and over 8 million other books are available for Amazon Kindle . Learn more
Share <Embed>

Included with a Kindle Unlimited membership.
Read with Kindle Unlimited
Have one to sell?
Sell on Amazon
Flip to back Flip to front
Listen Playing... Paused   You're listening to a sample of the Audible audio edition.
Learn more
See all 2 images 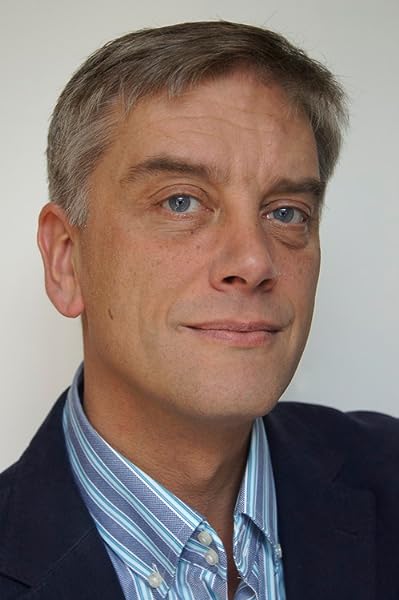 The Masters of Sitcom: From Hancock to Steptoe Hardcover – 1 Sept. 2011

Start reading The Masters of Sitcom on your Kindle in under a minute.

Comedy without Galton and Simpson would be like literature without Dickens. (Harry Enfield)

An excellent guide to two of Britain's sitcom pioneers. A must-buy for fans of classic comedy. (Paul Merton)

Galton and Simpson are The Beatles of British comedy - they changed everything. (Frank Skinner)

Christopher Stevens is a television critic, author and journalist. He began working as a journalist in 1983 and currently holds the position of Daily Mail TV critic, writing daily reviews of the previous night's viewing from Monday to Friday.

He has written 6 books and is the father of two teenage boys.

3.9 out of 5 stars
3.9 out of 5
58 customer ratings
How does Amazon calculate star ratings?
Amazon calculates a product’s star ratings based on a machine learned model instead of a raw data average. The model takes into account factors including the age of a rating, whether the ratings are from verified purchasers, and factors that establish reviewer trustworthiness.
Top Reviews

P. wheeldon
3.0 out of 5 stars Entertaining but misleading
Reviewed in the United Kingdom on 29 June 2020
Verified Purchase
Having just finished a book about HHH I wanted to know more about Galton and Simpson. From the blurb I assumed this would be a straight forward biography of their writing partnership, but in fact it is primarily a collection of excepts from their scripts. A typical section will have a paragraph on how they developed Hancock's pomposity "... as shown in these 5 excepts..." followed by several pages of scripts.

It is still interesting, but not a detailed analysis of the writing team that I expected.
Read more
Helpful
Comment Report abuse

Peter J. Chambers
5.0 out of 5 stars A worthy celebration of comedy writing genius
Reviewed in the United Kingdom on 1 April 2014
Verified Purchase
On the face of it this must have been a relatively easy book for Christopher Stevens to produce as the content is almost exclusively reproducing scripts from the legendary writing team of Galton & Simpson. Stevens, however, does include a two-page compiler notes, an eight page introduction, and intersperses the Hancock, Steptoe, Comedy Playhouse and Cinematic Hancock chapters with a few paragraphs of his own. The good thing about this is that Stevens doesn't allow himself to get in the way of what is a very enjoyable read. The first seven pages of chapter two "The Early Years" proved to be very interesting in detailing how Ray and Alan met in Milford Sanatorium suffering from the near fatal illness of tuberculosis.

Regarding the scripts, I believe that Stevens has chosen well, particularly including some writing that never made it to transmission because of the programmes duration. An example of this is the inclusion of a page of the "Sunday Afternoon at Home" script that was cut for the aforestated reason. For Hancock completists like me it is nice to have those words if only in written form.

Stevens has reproduced many segments of scripts from the Galton and Simpson archive here - too numerous to detail in this review. But as you are reading the reviews that people like me have posted regarding this book, then you probably already know that the quality of writing is truly outstanding from watching or listening to either (or both) Hancocks Half Hour or Steptoe.

This is a book that I didn't rush to get through - and as I wanted to spend time with the stories and characters voices, I thought it better to get the Hancock/James/Kerr/Jacques/Williams/Harold and Albert delivery in my head when reading those wonderful scripts. For me, the Hancock scripts will never be bettered in situation comedy, and the Steptoe one's are nearly - or should that be "very nearly" as good.

I recommend this celebration of the writing genius that came from the minds of Ray and Alan - it was a delightful read.
Read more
One person found this helpful
Helpful
Comment Report abuse

K. Petersen
5.0 out of 5 stars I say, I say, I say; What's so Great About Galton and Simpson?
Reviewed in the United Kingdom on 13 September 2011
Verified Purchase
This book traces the history of one of Britain's greatest comedy writing duos. Galton and Simpson were as much a part of the success of Tony Hancock as the lad 'imself. When Hancock cut the final thread, holding him to his fame, by dismissing the services of his writers, they went on to create Steptoe and Son, a series that took sitcom on another step.

Pre-G&S, comedy, this side of the Atlantic, consisted of comedians, men (and they almost exclusively were men) who had served their time on the boards doing mother-in-law jokes, telling a story packed with jokes. They wrote, initially for Tony Hancock, a different style of comedy: one without punchlines. Their humour was the humour of the ordinary man but, Hancock, although he agreed with this approach, was still that archetypal comedian.

Galton and Simpson's next foray into comedy, with Steptoe and Son, bore no comedian. Wilfred Bramble had played comic roles in the theatre but Harry H Corbett was an actor making a name for himself in serious theatre. They tell a lovely story about the making of the first episode when Harold is frustrated and they were amazed to see real tears in the actor's eyes.

This book is a real tribute: almost fifty per cent of the work is taken up with extracts from Galton and Simpson scripts. These are surrounded by quotes from the writers as to what they were trying to achieve and details of their lives. I have been a fan, through Tony Hancock, for many years and so, I knew most of the information contained in this opus but, there was enough new information to sustain my interest and it is great to have it all within a single set of covers. This book is an essential for anyone with even a passing interest in British comedy - and a darned good read.
Read more
9 people found this helpful
Helpful
Comment Report abuse

Corinda
5.0 out of 5 stars A trip down memory - and Oil Drum - lane
Reviewed in the United Kingdom on 9 September 2015
Verified Purchase
A fascinating insight into the work/career of two of the UK's greatest comedy writers. A must for any fan of Hancock and Steptoe. This is a book I'll read and read again.
Read more
Helpful
Comment Report abuse

Fred Nurk
3.0 out of 5 stars Not what I thought it was
Reviewed in the United Kingdom on 27 June 2012
Verified Purchase
My own fault - I should have read the reviews, as I thought this was a biography - not a book of scripts with a bit of their life story.

Mr. G.L. Elelman
5.0 out of 5 stars very good read
Reviewed in the United Kingdom on 15 November 2013
Verified Purchase
a good book packed with nostalgia,as the title suggests. it makes you realise that todays writers are nothing more than mediocre at best.
Read more
Helpful
Comment Report abuse

Simon Newman
5.0 out of 5 stars A blast from the Past - A Good read
Reviewed in the United Kingdom on 25 December 2013
Verified Purchase
A book full of wonderful examples of Galton & Simpson's genius. Bedtime reading right now and enjoying immensely. An absolute hoot!
Read more
Helpful
Comment Report abuse
See all reviews from the United Kingdom

Nicholas Ronai
5.0 out of 5 stars Groundbreaking comedy from two very talented writers.
Reviewed in Germany on 17 August 2015
Verified Purchase
Compiled by Christopher Stevens this book collects together a wide variety of scenes and sketches written by Galton and Simpson. Much of the material presented here would be well-known to fans of Tony Hancock's radio and television shows but there is also an interesting selection of material which has never been published before. The Steptoe section is shorter but no less entertaining.

Christopher Stevens provides excellent commentaries and background details to the writing of the scripts plus short biographies of the writers. He demonstrates how Galton and Simpson moved away from the standard comedy variety show common at the time and developed the idea of sit-com which relied less on jokes and more on observing the main characters in humourous situations. This development was to influence a whole range of writers resulting in some of the best comedy shows to appear on British television.

There is also a wealth of additional information which makes this book a most enjoyable read.
Read more
Helpful
Sending feedback...
Thank you for your feedback.
Sorry, we failed to record your vote. Please try again
Report abuse