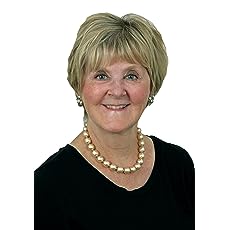 Mary lives in Kennington, a large village near Oxford, with her husband Bill, and their wire-haired Dachshund, Lovejoy. She spent her childhood in the mellow, leafy climes of North Oxford, and attended St Barnabas Junior School in Jericho; a privilege she feels honoured to have shared with such friendly and unpretentious classmates.

Milham Ford Girls Grammar was another story. Being lazy, and academically challenged, she was grateful to show a clean pair of heels. A working life of sorts followed, with a range of diverse jobs, none of which she took at all seriously.

After marriage and two sons, she became a mature student at Westminster Teacher Training College (now part of Oxford Brookes University). Whilst always being a voracious reader it was through her English course that she discovered the joy of creative writing. She describes her work as strong contemporary fiction, born out of her observations and experiences, most especially as a voyeur of 'humankind' and an ardent 'earwigger'. She is also fascinated with the strange and secret life that's lived within the mind, man's battle with close relationships, and the profound changes, both social and moral, that have taken place in her lifetime.

Her work has been compared to Susan Hill, Henry Fielding, Virginia Woolf, Joanna Trollope, Anita Shreve, and Pat Barker. (What a diverse list!) Her own most admired writers are Kate Atkinson, Monica Dickens, Armistead Maupin, Colum McCann, Arnold Bennet, and the prose writing of Ian McEwan.

She is a member of the Oxford Writers Group (OWG) Abingdon Writers, and Writers in Oxford,
Read more 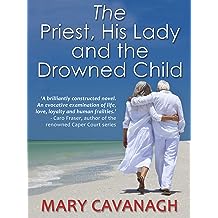 Father Ewan McEwan, despite his binding vows as a Roman Catholic priest, has secretly enjoyed a long, passionate and devoted affair with Lady Marina, who is many years his senior. Following her tragic death, he is forced to follow his own unique instruction; ‘To know yourself, is to understand yourself, and memory is the only key.’ Thus, he tells his life story; from the mystery of his early childhood, where he witnessed a murder, his dilemmas as a young adult, and his world fame as the subject of an iconic photograph.

Marina’s death, also evokes intense turmoil for Timothy, her middle-aged son, who is suddenly faced with the emerging demons of his own troubled past; ‘A child’s arm held up, as if waving. Waving, not drowning.’ He also has to try to adjust to the selfish demands of his newly ‘outed’ lover, Roger Fuller, a local married man.

Roger too, is trying to balance his emotions between Timothy’s confusion and his abandoned wife, Sally.

Sally, in coping with Roger’s sudden exit (to live with Timothy), seeks her own salvation – as an acolyte of Father Ewan. ‘Face facts, Sally. You’re a pathetic, humiliated dumped wife’

Also, as a red thread to the unfolding drama, Marina’s posthumous story is told through her scandalous revelations, The Tales From The Purple Handbag.
‘With a rare afternoon alone it’s a perfect time to start a painful journey to the inside of myself.’

Thereafter, the fragilities and strengths of close relationships are revealed, as applied to man and woman, man and man, and parent and child. All five characters are involved in a shaky circle of profound changes and adjustment, with each of them challenged in ways they could never have predicted. 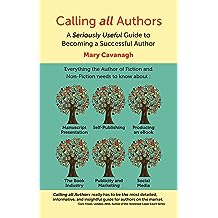 Calling all Authors 13-Jan-2016
by Mary Cavanagh
( 3 )
£2.99 £9.99
Everything the author of fiction and non-fiction needs to know about the road to publication, understanding the book industry, and how to sell that book!

Over the last five years, due to the advent of self-publishing and media marketing, publication is actually easier, but it’s infinitely more difficult to get a mainstream contract. Thus, whatever method you aim for, you must have immaculate manuscript presentation, sound knowledge of the book industry, and dogged determination to make sales.

Mary Cavanagh, a successful novelist and short story writer, has had first-hand experience of all publishing methods, the jungle of the book industry, and the many successful methods of making sales. In Calling All Authors she aims to demystify all the necessary processes in a concise, lively, and highly readable way, with some very useful contributions from a wide range of other successful authors.


"Calling All Authors really has to be the most detailed, informative and insightful guide for authors on the market"
- Caro Fraser, Author of the renowned Caper Court series

"A fantastic book . . . a wealth of information and some brilliant advice for book types everywhere"
- The Big Green Bookshop, London N22 6BG

"An invaluable resource of information for all authors, even those who are, as yet, unpublished"
- Deborah Lawrenson, author of The Lantern 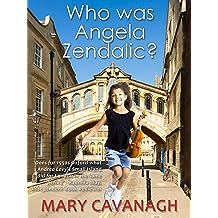 Who was Angela Zendalic? 10-Mar-2015
by Mary Cavanagh
( 4 )
£2.99 £9.99
A sensitive and moving portrayal of racism, and the personal and sexual restraints, that were so much part of life in the post war years. A story told with skill, humour and a mirror to profoundly changing times.

Who Was Angela Zendalic is set in Oxford, in the locality of Jericho and the world of University academia, between 1953 and the present. In 1954, after a brief love affair with an African postgraduate, Peggy Edwards, a war widow and librarian, gives birth to Angela, and due to the heartless discrimination of society, and her own deep shame, must give her up for adoption. Angela is adopted by a loving and well-meaning white couple, and as she grows up must come to terms with racial prejudice, the confusion surrounding her circumstances, and of falling in love with a man fifteen years her senior. Sarah, Angela’s own daughter, is a feisty, liberated single parent who, on the death of her father, discovers her mother was a stranger called Angela Zendalic. Thus, she must confront her shock in order to search for her.

‘. . . those concerned with racism should shower it with accolades’ - John Kitchen, author 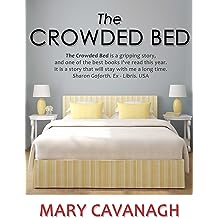 The Crowded Bed 16-Feb-2015
by Mary Cavanagh
( 25 )
£2.99
"Good evening, dear friend. I’m extremely pleased to see you but I’m sure you’ll understand why I can’t give you my full attention. Joe Fortune is just about to kill his father-in-law and I’ve no intention of missing this long awaited event."

Joe Fortune, a Jewish GP, has been married to Anna, his Aryan beauty, for twenty years. Their relationship sustained with great passion and happiness, but in the shadows of their lives, dark secrets are hidden. Joe has long nurtured a desire to murder Gordon, Anna’s father; a motive born of past events involving revenge, mutual hatred, and Gordon’s deep prejudice for Joe’s Judaism.

"If you wrong us, shall we not seek revenge?"

Unknown to Joe, Anne, too, is hiding deep painful secrets. Thus, in a highly charged expose the reader is led back and forth over the changing face of the last century to discover love, lies, sex, religion, infidelity, cruelty and violence. While the powerful Joe is revealed as angry and resentful, Anna’s quiet dignity disclosures her own extraordinary and shocking revelations.

"The pain became a habit; a way of life like a little ghost that sat on my shoulder."


‘The Crowded Bed is a skilfully complex, psychological piece full of high drama and murky secrets’ - The Oxford Times

‘This funny and dramatic first novel about the darkest of family secrets begins with Joe Fortune, a charismatic Jewish doctor, killing his father-in-law. Joe has good reasons for wanting Gordon dead – better reasons than your average murderer. The sanity of his adored wife, Anna, a fragile Botticelli blonde, may depend on it. Meanwhile, Joe must decide exactly how Jewish he wants to be. It is a tall story, but is told so artfully that there are genuine surprises’ - The Times, 17 March 2007
Read more
Other Formats: Hardcover , Paperback