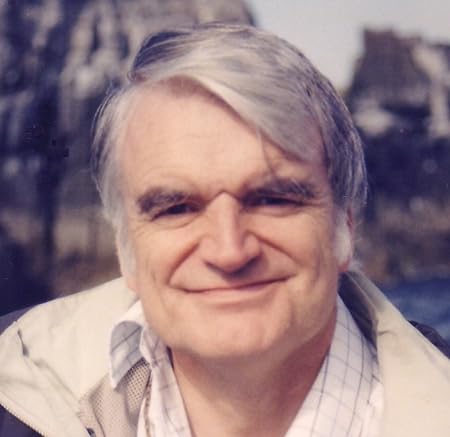 Dr Martin Mosse was born in the 1950s in Surrey and now lives with his wife Barbara in Emsworth, Hampshire. Barbara, a retired Church of England priest, is herself the author of 'The Treasures of Darkness' and other books. They share their lives with Rufus, a sleek black Labrador whom they acquired as a rescue dog in 2016.

Martin holds degrees in classics (MA, Oxon), Mathematics (BSc, Open) and New Testament History (PhD, Wales, Lampeter). His career centred on operational research into avionics in the defence industry. He is the author of three books and assorted reports on a variety of topics, as described in his website www.brainwaves.org.uk (WEBSITE CURRENTLY UNDER RECONSTRUCTION).

His first book, ‘The Three Gospels: New Testament History Introduced by the Synoptic Problem’ (xxxii+364 pages), is a revised edition of his highly controversial doctoral thesis, and was published by Paternoster in 2007. It carries a commendation from Dr Rowan Williams, then Archbishop of Canterbury. Notable features are early dates for Matthew (late 40s-50s), Mark (45), Luke (60-1) and Acts (62); a detailed chronology of the entire New Testament; a closely argued rejection of the Q hypothesis; and a passionately argued case for the priority of history over source criticism in the study of the gospels in question. A copy was gratefully received by Pope Emeritus Benedict XVI in 2008.

His second book, ‘e, i & pi; An Introduction to Mathematics in Three Acts’ (xvi+383 pages, 2013), is not in print but can be downloaded from his page on www.academia.edu , where it has been accessed from over 35 different countries.

Finally , ‘Peacemaking in God’s Church’ (v+166 pages), published on Amazon CreateSpace in January 2016, seeks to bridge the Reformation divide between Roman Catholics and evangelicals. It has been commended by Christians on both sides of the divide, including Nicholas King, SJ, Academic Director, Theology, at St Mary's University, Twickenham. Caution: this book is guaranteed to upset some readers!

Recently Martin was invited to contribute the opening chapter 'Doing New Testament History' to the Canadian scholar Ben Wiebe's new book 'Jesus and Christian Origins: Directions toward a New Paradigm' (2018) https://www.amazon.com/Jesus-Christian-Origins-Directions-Paradigm/dp/1532614837 which presents a baseline for NT scholarship as it is today. In this chapter and another half-chapter, he expands on some of the main themes of 'The Three Gospels' listed above.

In 1998 Martin inaugurated a one man think tank called BRAINWAVES whose primary aim is to foster the progressively disappearing art of Thinking. In a series of reports published on the website given above, he explores alternative approaches to some of the issues of today in fields as diverse as politics, economics, New Testament history, theology, philosophy and mathematical education.

Martin can be contacted about any of his writings on martin@brainwaves.org.uk . 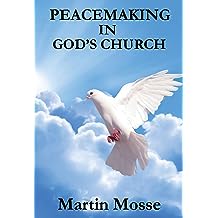 PEACEMAKING IN GOD’S CHURCH 21-Jan-2016
by Martin Mosse
( 1 )
£3.50 £6.99
This book is born of a deep-seated belief that only a reunited and prayerful Church is ever going to complete our mission to bring about God's kingdom; which was the main subject of Jesus' teaching and represents the only imaginable hope for the future of planet Earth. Maintaining the historic tensions between the churches – and in particular the gulf which opened up between Roman Catholics and evangelicals at the Reformation – is therefore a luxury we cannot afford.

Martin Mosse presents some principles of peacemaking – first from the gospels and then from the life of his ancestor Charles Simeon – from which he proposes a structure for peacemaking according to which contrasting beliefs may not always be mutually exclusive. For instance, religious and non-religious approaches to God may be complementary. Again, confusion has often arisen from the fact that there are two bundles of good news in the New Testament both designated 'gospel'. Positive attempts to present Roman Catholics and evangelicals to each other in a favourable light are followed by trenchant and radical, but even-handed, criticisms showing how both sides have diverged from their earliest scriptural origins. Such divergences in their deepest thinking, while unrecognised, make reconciliation impossible. Mosse goes on to plead for a return to the ancient and biblical practice of waiting on God in silent, contemplative prayer. This allows God to re-order our minds and lives and leads to the mystical dimension which has frequently been manifest within Roman Catholicism, but which evangelical Protestantism was born without and needs to recover. Such a practice on both sides could bring about a healing of the Church and so advance the kingdom of our problem-solving God.

“Martin Mosse's heart is in the right place; he is properly offended by the scandal of Christian disunion, and wants to bang together the heads of the warring parties and get them to come back to the ancient Christian discipline of silent contemplation allied to attentive reading of the Bible.” Nicholas King, SJ, Academic Director, Theology, at St Mary's University, Twickenham.

“An informed, engaging and compelling reminder that every Christian is called to cooperate with the Holy Spirit in building God's kingdom of peace here on earth, but that if the Church wishes to be heard, it must first demonstrate that work of peace-making within its own body. Offering fresh insights and drawing helpfully on Scripture and history, here is a call for integrity, understanding and humility in the costly work of bringing peace to a broken world.” Revd Simon Sayers, Rector, Warblington with Emsworth.
Read more
Other Formats: Paperback