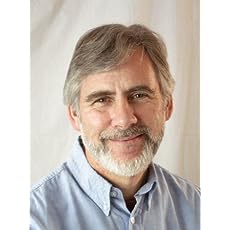 Follow to get new release updates and improved recommendations
COVID-19
I have posted some new meditations on www.mbct.co.uk that might help you to find a sense of grounding and stability in the midst everything that's happening right now.
-----------------------------------

I am Emeritus Professor of Clinical Psychology at the University of Oxford. (I also publish as J Mark G Williams.) I have held previous posts in the Medical Research Council in Cambridge and the University of Wales, Bangor. I am a Fellow of the British Psychological Society, the Academy of Medical Sciences and the British Academy.

My research aims to understand how to prevent recurrent depression, and how to decrease risk of suicidal behaviour in depression. With colleagues John Teasdale (Cambridge) and Zindel Segal (Toronto) and the support of Jon Kabat-Zinn (Center for Mindfulness, UMass) I co-developed Mindfulness-based Cognitive Therapy (MBCT) for prevention of relapse and recurrence in depression, and research has now found that MBCT significantly reduces recurrence in those who have suffered three or more previous episodes of major depression. In Great Britain, the UK National Institute for Clinical Excellence (NICE), working on behalf the National Health Service, has recommended MBCT as a primary treatment for prevention relapse in depression.

My previous books include The Psychological Treatment of Depression (Routledge, 1984, 1992), Cognitive Psychology and Emotional Disorders (Wiley, 1988, 1997; with F. Watts, C. MacLeod & A. Mathews), Cry of Pain: understanding suicide and self harm (Penguin, 1997, 2002; Piatkus 2014) and with Z. Segal and J.D. Teasdale, Mindfulness-based Cognitive Therapy for Depression (Guilford, 2002, 2013) and The Mindful Way Workbook (Guilford, 2013). The research conducted at Oxford between 2003 and 2013 is summarised in the book Mindfulness -based Cognitive Therapy with People at Risk of Suicide (with Melanie Fennell, Thorsten Barnhofer, Sarah Silverton and Rebecca Crane, Guilford, 2015)

The Mindful Way through Depression: Freeing yourself from Chronic Unhappiness (Guilford, 2007; co-authored with John Teasdale, Zindel Segal and Jon Kabat-Zinn) is written for a lay-readership, and includes a CD narrated by Jon Kabat-Zinn so that readers may try mindfulness practice for themselves.

Mindfulness: A Practical Guide to Finding Peace in a Frantic World (London, Piatkus, 2011, co-authored with Danny Penman) extends MBCT to those who find themselves over-busy, stressed and exhausted; who feel that life is running away from them. It includes a free CD of short meditations that anyone can use to enhance their quality of life.
Read more 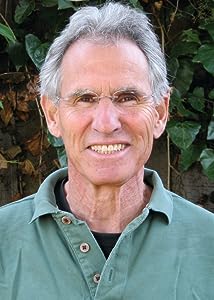 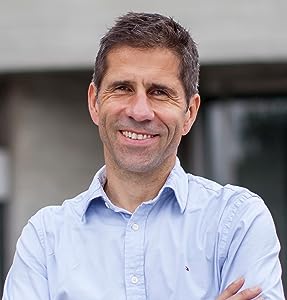 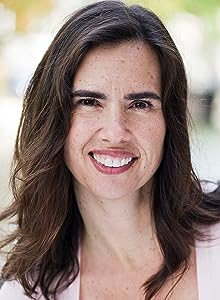 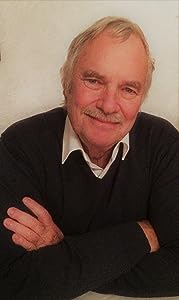 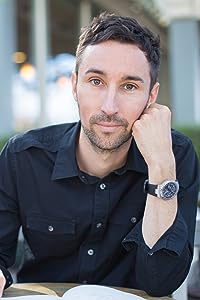 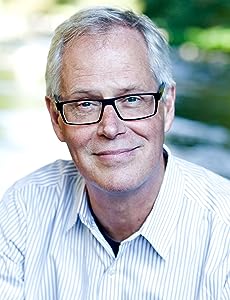 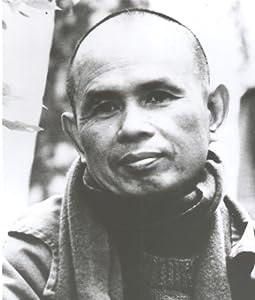 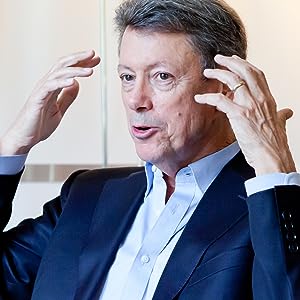 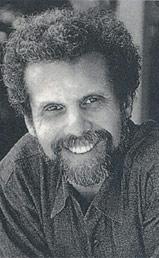 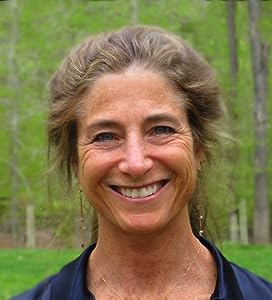 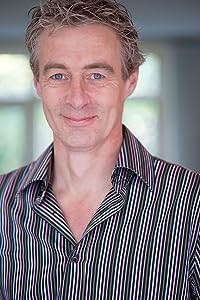 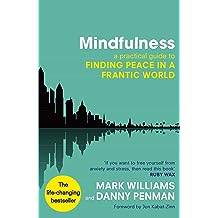 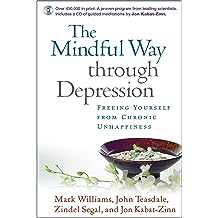 The Mindful Way through Depression: Freeing Yourself from Chronic Unhappiness 08-Feb-2012
by Mark Williams
( 1,151 )
£11.04 £16.99
If you’ve ever struggled with depression, take heart. Mindfulness, a simple yet powerful way of paying attention to your most difficult emotions and life experiences, can help you break the cycle of chronic unhappiness once and for all. In The Mindful Way through Depression, four uniquely qualified experts explain why our usual attempts to “think” our way out of a bad mood or just “snap out of it” lead us deeper into the downward spiral. Through insightful lessons drawn from both Eastern meditative traditions and cognitive therapy, they demonstrate how to sidestep the mental habits that lead to despair, including rumination and self-blame, so you can face life’s challenges with greater resilience. This enhanced e-book includes an audio program of guided meditations narrated by Jon Kabat-Zinn. 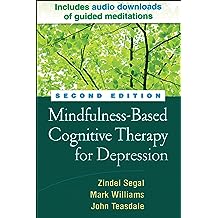 Mindfulness-Based Cognitive Therapy for Depression, Second Edition 11-Nov-2012
by Zindel V. Segal , Mark Williams , John Teasdale , Jon Kabat-Zinn
( 138 )
£18.84 £28.99
This acclaimed work, now in a new edition, has introduced tens of thousands of clinicians to mindfulness-based cognitive therapy (MBCT) for depression, an 8-week program with proven effectiveness. Step by step, the authors explain the "whys" and "how-tos" of conducting mindfulness practices and cognitive interventions that have been shown to bolster recovery from depression and prevent relapse. Clinicians are also guided to practice mindfulness themselves, an essential prerequisite to teaching others. Forty-five reproducible handouts are included. Purchasers get access to a companion website featuring downloadable audio recordings of the guided mindfulness practices (meditations and mindful movement), plus all of the reproducibles, ready to download and print in a convenient 8 1/2" x 11" size. A separate website for use by clients features the audio recordings only.

New to This Edition
*Incorporates a decade's worth of developments in MBCT clinical practice and training.
*Chapters on additional treatment components: the pre-course interview and optional full-day retreat.
*Chapters on self-compassion, the inquiry process, and the three-minute breathing space.
*Findings from multiple studies of MBCT's effectiveness and underlying mechanisms. Includes studies of adaptations for treating psychological and physical health problems other than depression.
*Audio files of the guided mindfulness practices, narrated by the authors, on two separate Web pages--one for professionals, together with the reproducibles, and one just for clients.

See also the authors' related titles for clients: The Mindful Way through Depression demonstrates these proven strategies in a self-help format, with in-depth stories and examples. The Mindful Way Workbook gives clients additional, explicit support for building their mindfulness practice, following the sequence of the MBCT program. Plus, for professionals: Mindfulness-Based Cognitive Therapy with People at Risk of Suicide extends and refines MBCT for clients with suicidal depression.
Read more
Other Formats: Hardcover , Paperback 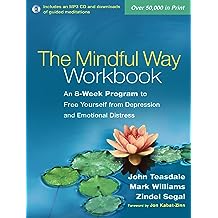 The Mindful Way Workbook: An 8-Week Program to Free Yourself from Depression and Emotional Distress 09-Dec-2013
by John Teasdale , Mark Williams , Zindel V. Segal , Jon Kabat-Zinn
( 573 )
£12.34 £18.99
Imagine an 8-week program that can help you overcome depression, anxiety, and stress--by simply learning new ways to respond to your own thoughts and feelings. That program is mindfulness-based cognitive therapy (MBCT), and it has been tested and proven effective in clinical trials throughout the world. Now you can get the benefits of MBCT any time, any place, by working through this carefully constructed book. The expert authors introduce specific mindfulness practices to try each week, plus reflection questions, tools for keeping track of progress, and helpful comments from others going through the program. Like a trusted map, this book guides you step by step along the path of change.

Guided meditations are provided on the accompanying MP3 CD and are also available as audio downloads. Note: The MP3 CD can be played on CD players (only those marked "MP3-enabled") as well as on most computers. 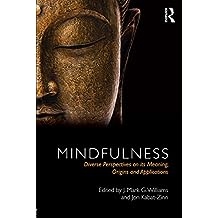 Mindfulness-based approaches to medicine, psychology, neuroscience, healthcare, education, business leadership, and other major societal institutions have become increasingly common. New paradigms are emerging from a confluence of two powerful and potentially synergistic epistemologies: one arising from the wisdom traditions of Asia and the other arising from post-enlightenment empirical science.

This book presents the work of internationally renowned experts in the fields of Buddhist scholarship and scientific research, as well as looking at the implementation of mindfulness in healthcare and education settings. Contributors consider the use of mindfulness throughout history and look at the actual meaning of mindfulness whilst identifying the most salient areas for potential synergy and for potential disjunction.

Mindfulness: Diverse Perspectives on its Meanings, Origins and Applications provides a place where wisdom teachings, philosophy, history, science and personal meditation practice meet. It was originally published as a special issue of Contemporary Buddhism. 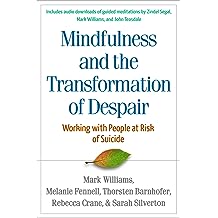 Mindfulness-Based Cognitive Therapy with People at Risk of Suicide 21-Aug-2015
by Mark Williams , Melanie Fennell , Thorsten Barnhofer , Rebecca Crane , Sarah Silverton
( 9 )
£13.64 £20.99
Grounded in extensive research and clinical experience, this book describes how to adapt mindfulness-based cognitive therapy (MBCT) for participants who struggle with recurrent suicidal thoughts and impulses. Clinicians and mindfulness teachers are presented with a comprehensive framework for understanding suicidality and its underlying vulnerabilities. The preliminary intake interview and each of the eight group mindfulness sessions of MBCT are discussed in detail, highlighting issues that need to be taken into account with highly vulnerable people. Assessment guidelines are provided and strategies for safely teaching core mindfulness practices are illustrated with extensive case examples. The book also discusses how to develop the required mindfulness teacher skills and competencies. Purchasers get access to a companion website featuring downloadable audio recordings of the guided mindfulness practices, narrated by Zindel Segal, Mark Williams, and John Teasdale. (Published in hardcover as Mindfulness and the Transformation of Despair: Working with People at Risk of Suicide.) 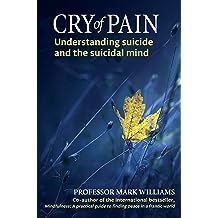 Suicide presents a real and often tragic puzzle for the family and friends of someone who has committed or attempted suicide. 'Why did they do it?' 'How could they do this?' 'Why did they not see there was help available?'
For therapists and clinicians who want to help those who are vulnerable and their families, there are also puzzles that often seem unsolvable. What is it that causes someone to end his or her own life, or to harm themselves: is it down to a person's temperament, the biology of their genes, or to social conditions? What provides the best clue to a suicidal person's thoughts and behaviour? Each type of explanation, seen in isolation, has its drawbacks, so we need to see how they may fit together to give a more complete picture.
Cry of Pain examines the evidence from a social, psychological and biological perspective to see if there are common features that might shed light on suicide. Informative and sympathetically written, it is essential reading for therapists and mental health professionals as well as those struggling with suicidal feelings, their families and friends. 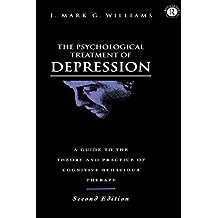 
The use of behavioural and cognitive techniques for treating depression has yielded exciting results. Cognitive Behaviour Therapy (CBT) is as effective in the short term as anti-depressant drugs and has longer-lasting effects than medication. This book brings together assessment and treatment techniques of proven efficacy, describing them in usable detail and setting them in the context of current psychological theories of depression. It is an invaluable guide to practitioners wishing to make use of CBT.
Read more
Other Formats: Hardcover , Paperback 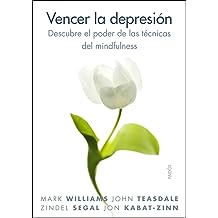 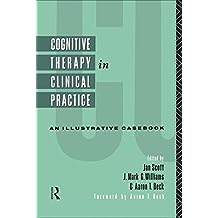 Cognitive Therapy in Clinical Practice: An Illustrative Casebook 02-Sep-2003
by Aaron T. Beck , Jan Scott , J. Mark G. Williams
( 3 )
£33.29 £36.99
This volume contains examples of how cognitive therapists working in varied settings with groups of adult clients have applied the cognitive model in their domain. Cognitive therapy has much broader application than the traditional area of depression; contributors illustrate the way they work by using extended case material, readers will hear the voices of the clients and empathise with both client and therapist as they seek to build a collaborative relationship. Areas discussed range from drug abuse and eating disorders to obsessive behaviour. Any therapist, however experienced, will learn from `listening in' on the cases presented and students will find it essential reading.
Read more
Other Formats: Hardcover , Paperback 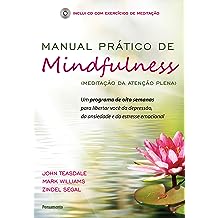