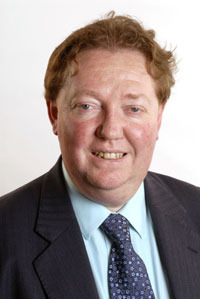 Follow to get new release updates, special offers (including promotional offers), and improved recommendations.
Mark Patton (b 1965) was born in Jersey, studied Archaeology and Anthropology at Cambridge (1983-86) and completed his PhD at University College London (1990). He has taught at several universities in the UK, the Netherlands and France, and currently teaches with The Open University.

He has published a number of non-fiction works in archaeology and historical biography.

His first historical novel, "Undreamed Shores," was published in 2012. Set at the dawn of the Bronze Age (c2400 BC), it is both a coming of age story and an epic journey narrative.

His second novel, "An Accidental King," was published in 2013, and is set in the early years of Roman Britain, telling the story of the British king, Cogidubnus, and his struggle to preserve the peace between Rome and the native tribes.

Further information can be found on his website (www.mark-patton.co.uk) and blog (http://mark-patton.blogspot.co.uk).
Read more 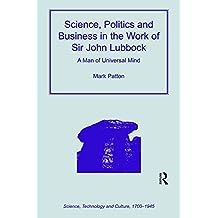 Science, Politics and Business in the Work of Sir John Lubbock: A Man of Universal Mind (Science, Technology and Culture, 1700-1945) 01-Apr-2016
by Mark Patton
£33.29 £125.00
Sir John Lubbock (1834-1913), first Lord Avebury, was a leading figure in the scientific, political and economic world of Victorian Britain, and his life provides an illuminating case study into the ways that these different facets were interlinked during the nineteenth century. Born into a Kent banking family, Lubbock's education was greatly influenced by his neighbour, Charles Darwin, and after the publication of The Origin of Species, he was one of his most vocal supporters. A pioneer of both entomology and archaeology and a successful author, Lubbock also ran the family bank from 1865 until his death in 1913, and served as a Liberal MP from 1870 until his ennoblement in 1900. In all these roles he proved extremely successful, but it is the inter-relations between science, politics and business that forms the core of this book. In particular it explores the way in which Lubbock acted as a link between the scientific worlds of Darwin, Huxley and Tyndall, the political world of Gladstone and Chamberlain and the business world of Edison and Carnegie. By tying these threads together this study shows the important role Lubbock played in defining and popularising the Victorian ideal of progress and its relationship to society, culture and Empire.
Read more
Other Formats: Hardcover 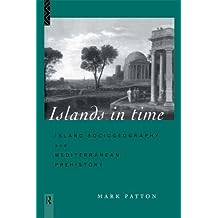 Islands in Time: Island Sociogeography and Mediterranean Prehistory 11-Jan-2013
by Mark Patton
£40.49 £44.99
Islands in Time explores the ecological and cultural development of prehistoric island societies. It considers the prehistory of the Mediterranean and offers an explanation of the effects of isolation on the development of human communities.
Evidence is drawn from a broad range of Mediterranean islands including Cyprus, Crete and the Cyclades, Malta, Lipari, Corsica and Sardinia.
Read more
Other Formats: Hardcover , Paperback 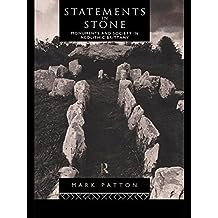 Statements in Stone: Monuments and Society in Neolithic Brittany 01-Nov-2002
by Mark Patton
( 1 )
£42.29 £46.99
The megalithic monuments of Western Europe cover a period of over 2,000 years, from the earliest neolithic to the beginning of the Bronze Age, and have excited the popular imagination for centuries. Based on the evidence of recent excavations, and the most up-to-date and controversial theoretical perspectives of archaeology, Statements in Stone is the first account to put the megalithic traditions of Brittany in a social context and to develop a social model to account for their emergence and development.
Read more
Other Formats: Hardcover , Paperback