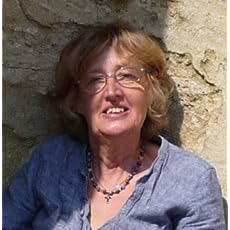 Mari Howard's family-based novels explore cultural change, diversity, and reconciliation. Think Joanna Trollope or JoJo Moyes, though influences include Kamila Shamsie and Khalid Hosseini, and like them she observes and critiques her own cultural traditions, the clashes and the outcomes. With sharp observation combined with a warmth towards all her characters, Mari uses her background in social sciences and religion to explore contemporary living and dilemmas in our diverse and demanding society. Her style was influenced by reading the early work of US novelist Ann Beattie, while a part-time 'outside reader' for the Oxford English Dictionary. She's also worked as a pregnancy counsellor, (where she developed an interest in IVF and reproductive medicine), in occupational therapy, and a Mum to 3 children including twins.

A Londoner born & bred, Mari Howard has interesting ancestors including a great-grandmother from Tinos, Greece, and great-grandfather related to Ebenezer Howard, inventor of the 'garden city'. The family expectations pointed towards a career in the Civil Service, so Mari tried to escape commuter-land by going to university. However she's never escaped big-city living, since she studied in Newcastle and then moved to Oxford, where she enjoys the intellectual stimulation, the precocious children and competitive parents, and making friends who come from all over the world.

Mari's children have all returned to live and work in London...(is the city in the genes?), and are replaced at home by 3 cats. To escape the compulsion of writing, she is also a painter, likes gardening, being outdoors, spending time with family and friends, retail therapy, and Cornwall. She likes to write in a summerhouse down the garden.
.
Read more 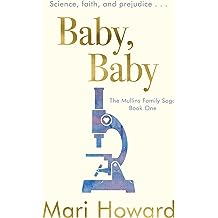 Baby, Baby (Mullins Family Saga Book 1) 29-Aug-2013
by Mari Howard
( 16 )
£3.23 £7.99
A 'Romeo and Juliet' story of student romance. Set in the 1980s, Baby, Baby tells the story of Max and Jenny, who as they face the challenges their relationship brings, learn about themselves and each other, and together attempt to discover the reason for the birth defects of Jenny's stillborn step-niece.The story explores issues of genetic research, ethics, and motivating beliefs in our diverse and pluralistic society.
Read more
Other Formats: Paperback 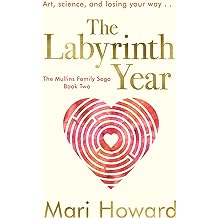 The Labyrinth Year (The Mullins FamilySaga Book 2) 04-Feb-2015
by Mari Howard
( 10 )
£3.23 £7.99
In this second book about the Mullins family, (the first of course is 'Baby, Baby'), Max and Jenny, now married, struggle with the pressures of work and family life. Jenny s heart is in genetic research. Max is everyone's idea of the caring family doctor. And then there are the kids... And whacky stepsister Daze ... plus surfer turned priest David, Ruth the childminder...and a scientific conference ... As they build their careers and raise their children, can these two young professionals rely on their values to guide them? Is life a deluding maze, or a purposeful labyrinth?

'A sparkling and keenly observed story from a writer who dares to look closely at the society around her...'
Read more
Other Formats: Paperback