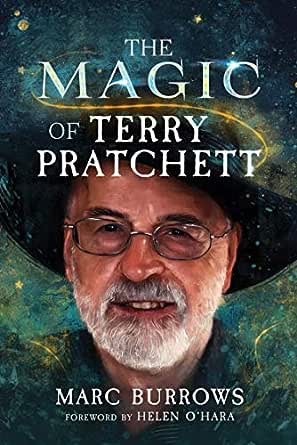 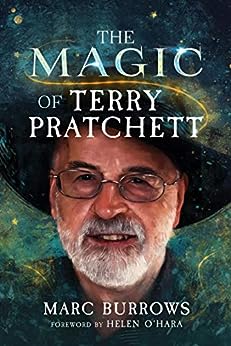 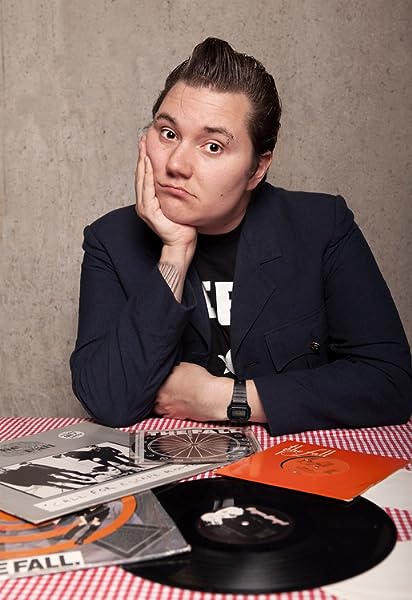 4.6 out of 5 stars
4.6 out of 5
18 customer ratings
How does Amazon calculate star ratings?
Amazon calculates a product’s star ratings based on a machine learned model instead of a raw data average. The model takes into account factors including the age of a rating, whether the ratings are from verified purchasers, and factors that establish reviewer trustworthiness.

YTBookReport
5.0 out of 5 stars Rekindled my love of Pratchett
Reviewed in the United Kingdom on 16 July 2020
Verified Purchase
In the introduction to this book, Marc Burrows says that he never got to meet Terry Pratchett, but that in writing this book he felt like he got to know him a bit. In reading it, the same holds true. This is, on the surface, a factual account of Terry Pratchett's life with the possible inaccuracies (due to Pratchett's story-spinning tendencies) pointed out. But in reality it's so much more. Pratchett fans will be well used to the format here, with witty asides in the footnotes (some laugh-out-loud moments) and a tale of a life long fight against stereotyping that started with a less than helpful authority figure and ended with both triumph and loss. Terry's life, and I'm sure he would have been pleased about this, made for an excellent story, and in Marc's hands it becomes an easy to read tale of ups, downs, and sherbert lemons. It's a great shame that we all know how it ends, but even that end is handled sensitively, spun out to its final point just as Terry himself did with his work. I had some inkling of how it might hit me when, at the end of chapter 2, I found myself really rooting for young Terry and hoping he would have a long writing career ahead of him despite the evidence of that career sitting on my bookshelf. As expected, after 263 pages and 66 years of getting to know this deeply intelligent, funny, loyal and justice driven man, I was beside myself when he died for what felt like a second time. But as I cried on the shoulder of my extremely baffled partner, I reflected on just how much I felt I had got to know him through Marc's words and the words of those who knew him best, and how I finally feel like I can read The Shepherds Crown and let Terry Pratchett go, and how, as far as biographies go, this one was an absolute stonker.
Read more
9 people found this helpful
Helpful
Comment Report abuse

J Whitgift
3.0 out of 5 stars Who was Sir Terry?
Reviewed in the United Kingdom on 19 July 2020
Verified Purchase
In his introduction to 'A Slip of the Keyboard', associate and friend of TP, Neil Gaiman talks about a book signing trip they did in America. As part of their trip they found themselves late for a meeting, and Gaiman discovered what drove TP, anger. TP later advised Gaiman not to misunderstand that anger, it was real and it is what drove TP to the heights he achieved. Where did this anger come from?

Read this book and you won't find out, though it you read it it will become apparent within the first 100 pages. (Education can have a lot to answer for in a persons life and expectations, and a good teacher can do a lot of good, whereas a bad one ...) The problem with this book is that the author clearly doesn't know or understand who TP was. How his mind worked, what his personal relationships were like, who the real TP was, that is the one who inhabited his skin, not the face he showed to the world.

This makes for a pretty poor biography, because what we have is in effect a history of TP's writings, his relationship with his publishers, and his relationships with his colleagies, and co-workers. We learn barely anything of his relationship with his family, friends, parents etc. Pretty dry and dusty. People are far more than the books they publish, or the jobs they do. This is why Carpenter's biography of Tolkien, McGrath's of Lewis and Lindopp's of Charles Williams (the most famous of the Oxford Inkings), it is because we get an insight into their inner lives, their family lives, their intellectual lives. (And in the case of Williams, how his afterlife affected his family.)

This will no doubt be thr first of a slew of biographies of TP, and I'd recommend being patient and waiting awhile to see what comes out in the coming years. Because if you want to know who TP was, who he really was, what made him tick, what drove him, who he was when the doors were closed and he had his slippers on, then this isn't the book for you.

Kizzia
4.0 out of 5 stars Well written look at Terry Pratchett the author (if not the person)
Reviewed in the United Kingdom on 18 July 2020
Starting a biography of one of Britain’s best loved modern day authors, an author who has only been dead for five years, by announcing that you never met him or had any connection with him at all during his life is unorthodox, to say the least. Yet this is what Marc Burrows choses to open his introduction with. He quickly goes on to tell us that writing this book was his way of getting to meet the man he admires so much, now that it is no longer possible to do so in the flesh. He then suggests reading this book is a way for us to meet him too.

As a long-time fan of Terry Pratchett who also never got to meet him, this attempt to conjure him into our consciousnesses with words is completely understandable, for all that it seems deeply optimistic. Words have remarkable power but when they are being built on sources that are all publicly available – Terry’s estate have not authorised the biography, although they have wished Marc well with the book – I could not see how it was going to be possible to give me more insight into the man underneath the hat than I already had.

And in all honesty it didn’t. I can’t say that I felt closer to Terry as person after I’d read it than I did before I started. What I can say is that it put everything that I already knew about him into proper chronological order, added a layer of gloss to it and, in addition, provided a detailed and interesting look at Terry’s progression as an author.

The book is well written, clearly set out, and – despite some jumps backwards and forwards between topics which is inevitable with someone like Terry, who had such an interesting career path as well as an astonishingly prolific output – easy to follow. There are footnotes throughout*, the majority of which add to the text rather than take away from it, and Marc is careful to alway cite his sources, which are many and varied and do included people who worked closely with Terry. There are several points where Marc states his opinions as fact but when writing a biography without direct access to the subject’s family or his personal archives, that’s a very hard thing to avoid doing. It does not, for me at least, damage the veracity of the book as a whole.

There were some authorial quirks that niggled away at me as I read. The most noticeable of these being the oft repeated assertion that Terry was a story teller who embellished the tales he told of he own life, so we can’t be certain what really happened in many cases. I don’t doubt for a second that this is true, it is after all what writer do, but I’m not sure we need to be reminded of the fact quite as often as we are.

The chapters which dealt with Terry’s Alzheimer’s and death were kindly, carefully, and sensitively handled. I will not pretend that they did not make me weep, nor that I did not feel again the anger I felt when he died; fury that the world had lost a man whose understanding of humanity was both profound and illuminating and had such a gift for showing others just what humanity was capable of, both good and bad.

What really made the book stand out for me, though, was the deep dive into Terry’s work. I found myself thinking more than once that
a) this book is more a literary analysis of Terry’s whole bibliography than it is a biography, and
b) that the book is all the better for being so.
I was pleased at how much focus was given to Terry’s journalism, early works and non-Discworld books and found the discussion of the Discworld canon, and everything which sprung from it, equally as illuminating.

The Magic of Terry Pratchett has been meticulously researched, carefully put together, and shines brightly with the love Marc clearly has for Terry’s works. The textual analysis is excellent (if highly subjective in parts) and I found the care and attention to detail a fitting memorial to one of my favourite authors. The most magical aspect of Terry’s life, at least from the perspective of those who didn’t know him, is the words he wrote and the worlds he created. What this book gives us, openly and honestly, is the story of those words and I can, therefore, happily recommend it to anyone, regardless of whether they were already a fan of Pterry or someone curious about a man whose name topped the best seller charts so often.

I should also add that I’ve ordered a copy for my shelves as it has definitively earned its place in my collection of Pratchett ephemera.

*because of course there are footnotes, this is Terry being discussed, there couldn’t not be footnotes!
Read more
4 people found this helpful
Helpful
Comment Report abuse
See all reviews from the United Kingdom
click to open popover
Unlimited One-Day Delivery and more
Prime members enjoy fast & free shipping, unlimited streaming of movies and TV shows with Prime Video and many more exclusive benefits.
> Get Started