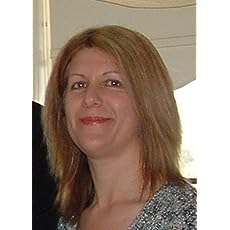 Follow to get new release updates, special offers (including promotional offers), and improved recommendations.
Luciana Cavallaro grew up in a small country town in Western Australia and moved to Perth to study teaching at university. After some years teaching teenagers, she decided it was time take some of her own advice and follow her dream.

Luciana has travelled extensively and since her first trip to Europe revisited her favourite destinations -- Greece and Italy -- the inspiration for her stories. 'Mythology and Ancient History has always been my passion and I want to share these wonderful legends.'

She is a self-professed lover of Homer.
Read more 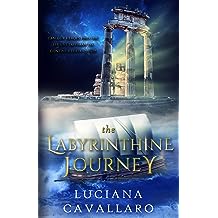 A mysterious message. A mission from the gods. Can he turn back the clock to prevent his family’s extinction?

Evan’s new life is in ancient Greece, and he fears he’ll never see his home again. Ripped from his 21st century world, his only way to return to the present is to collect god-saving sacred relics for his father Zeus. But to locate them means braving perilous seas and staring down death in search of a legendary oracle.

During their voyage, Evan and his companions come face-to-face with mythical creatures, fabled warriors, and treacherous sorcery. But despite the dangers all around them, Evan’s deadliest threat may be bound to him by blood…

Can Evan complete his quest before he and the gods are lost to history?

The Labyrinthine Journey is the second book in the fast-paced Servant of the Gods historical fiction series. If you like well-researched landscapes, suspenseful twists and turns, and mythic battles, then you’ll love Luciana Cavallaro’s heroic odyssey.

Buy The Labyrinthine Journey to sail into a Greek legend today! 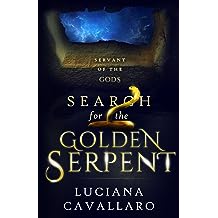 A true page-turner, in a similar vein to Wilbur Smith and David Gemmell, is an action-packed adventure story catapulting a reluctant hero from one dangerous encounter to another.

Evan has been having some very strange dreams.

The Perth-based architect dismissed an unexpected phone call from an entrepreneur in Greece, asking him to restore his family home, as the ravings of a crank. Until, that is, the dreams begin, each more vivid than the last. A dream encounter with a mysterious character called Zeus sees him catapulted back in time to 500 years before the birth of Christ.

Evan finds himself quickly embroiled in a plot to prevent the birth of Christianity, an unwilling player in an epic struggle between the old gods and the new, fighting for his life. 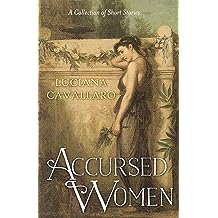 Phaedra, a Minoan princess, marries out of duty and to safeguard her precious home. She falls in love with Hippolytos, her husband’s son and asks the Goddess Aphrodite for help. He spurns her affections.

The Trojan War, one of history’s greatest stories ever told. What if the legend as told is wrong? History is told by the victors, and facts changed to twist the truth. Is it possible Helen of Sparta never went to Troy?

Hera, Queen of the Gods, is the most powerful goddess on Mount Olympos. For the first time ever in a candid interview, Hera shares what it’s like to be a goddess and wife to Zeus, the King of the Gods.

Created by the gods as a gift to humanity, Pandora is the first woman on Earth. Did she know what Zeus intended when he presented an urn as a wedding dowry to her husband? Neither she nor Epimetheus knew what it contained, but they were told never to open it.

All Medousa wanted was a life of love and acceptance but one fateful night it changed. While she’s alone in the Temple of Athene tending to the sacred fire, Poseidon pays a visit. No human can stop an immortal from taking what they want.
Read more
Other Formats: Paperback 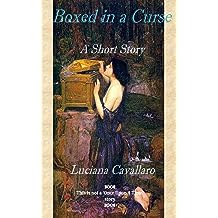 Pandora, the first woman on Earth, was endowed with many gifts: beauty, intelligence, domesticity, and curiosity. She was at once lover, sympathiser and nurturer. Zeus presented an urn as her wedding dowry. Neither she nor her husband, Epimethos knew what it contained inside, and Hermes, the Messenger, warned them never to open it.

So the story goes… according to Grandpa.

Two precocious children visit their grandfather and beg him to tell a story. It wasn’t ‘on a dark and stormy night’ or ‘once upon a time’ type of story either.
Read more 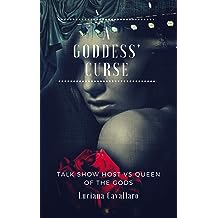 A Goddess' Curse (Accursed Women Book 3) 18-Mar-2013
by Luciana Cavallaro
( 6 )
£0.99
Hera, Queen of the Gods, is the most powerful goddess on Mount Olympos. Beautiful, sensual, and merciless, she is a goddess renowned for her jealous rages and for inflicting horrors on hapless victims. She’s the protector of women, virtue, family and marriage yet her husband, Zeus, has had countless affairs. She puts up with it. Why? Is she really malicious or a product of circumstance?

For the first time ever in a candid interview, Hera shares what it’s like to be a goddess and wife to Zeus, the King of the Gods.

Drake Dabbler, chat show host, sees his exclusive interview with Queen Hera as a sure road to a Daytime Emmy… He should have been more thorough in his research.
Read more 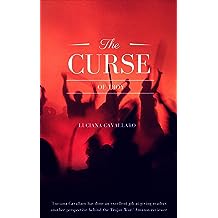 The Curse of Troy (Accursed Women Book 2) 08-Jan-2013
by Luciana Cavallaro
( 8 )
£0.99
Helen of Troy! The most beautiful woman in the world. Her face launched a thousand ships. Betrayal, greed and power unfold in this compelling Greek tragedy. It was a war renowned throughout times gone by as the greatest and bloodiest of them all. It was a romance between two star-crossed lovers. Helen, Queen of Sparta, home-wrecker and whore, flees with her lover Paris, Prince of Troy… That’s the story known to history.

But is this all true? History is told by the victors, and facts can be changed to twist the truth. Is it possible Helen of Sparta never went to Troy? Could she be a scapegoat in a devious plan and organised by the power hungry Agamemnon?

Perhaps. This is Helen’s story in her words, as told to a wandering historian.
Read more 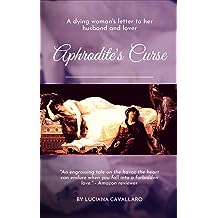 A powerful family is brought to ruin, the consequences unforeseen and irreparable. The trouble begins with King Minos who asks the gods for a bull to be sacrificed so that he may become ruler of Kretos and surrounding lands. Poseidon sends him a gift of a white bull and instead of sacrificing it, King Minos keeps it. Poseidon is angry by his supplicant’s actions and as punishment glamour’s the king’s wife, Pasiphae to lust after the bull.

The story is told by Phaedra, Theseus’ wife, who witnesses first-hand, the rise and fall of her family. She grows up in a privileged environment, a princess and daughter of King Minos. From a very early age she knows the power her father wields, but is also aware his actions may have precipitated the misfortunes that followed.

She reflects on the different and disturbing events from a detached perspective. Her tone can sometimes be one of a spoilt child, then at other times resigned and on occasion shows an uncanny insight. This retrospective musing comes from her sighting of Hippolytos, her husband’s son from a previous marriage. She falls in love with him and finds it difficult to contain this secret and eventually tells her nurse.

Phaedra asks for Aphrodite’s help, even builds a temple, however Hippolytos spurns her advances. Shamed by her actions and by his revulsion, she poisons herself, leaving a letter to her husband writing that Hippolytos had raped her.
Read more