Lords of the Horizons: A History of the Ottoman Empire and over 8 million other books are available for Amazon Kindle . Learn more
Share <Embed>
Have one to sell?
Sell on Amazon 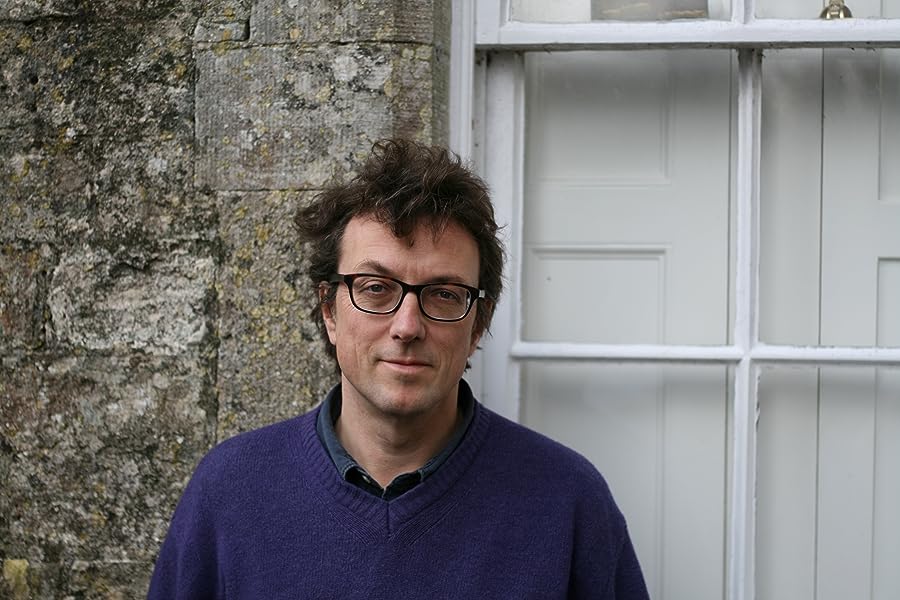 Lords of the Horizons : A History of the Ottoman Empire Paperback – 4 Mar. 1999

Fastest delivery: Tuesday, Dec 1
Order within 14 hrs 11 mins Details
Note: This item is eligible for click and collect. Details
Pick up your parcel at a time and place that suits you. How to order to an Amazon Pickup Location? Learn more
Read more Read less
click to open popover

Start reading Lords of the Horizons: A History of the Ottoman Empire on your Kindle in under a minute.

A fascinating read... a perfect companion for anyone who visits Turkey and wants to make sense of it and those countries it once ruled', The Times

As plush as a Turkish carpet... Godwin weaves together the threads of barbarism and civilisation with dazzling panache -- Piers Brendon, Mail on Sunday

So rich, so detailed and so astonishing as to be a book of wonders in itself -- Jan Morris, Independent

Perhaps the most readable history ever written on anything, Time Out

The Ottoman Empire has exerted a long, strong pull on Western minds and hearts. Over six hundred years the Empire swelled and declined; the royal line bent, but never broke, from Osman, born in a desert tent around 1280 to Abdul Mecid, dying in a Paris flat in 1942. Its precipitous rise from a dusty fiefdom in the foothills of Anatolia to a power which ruled on the Danube and the Euphrates stunned contemporaries.For three hundred years it held sway and Istanbul had the richest court in Europe. But the decline was prodigious, protracted, and total. Dramatic and passionate, detailed and alive, comic and gruesome, "Lords of the Horizons" charts the swirling history from the first campaigns to the Charge of the Light Brigade, from the Crusades to the Dardenelles, and brings to life innumerable aspects of Ottoman life, caravans carrying parcels of spice and bags of gold, Western emissaries witnessing executions, distant sentries on far frontiers, jewels, meals, shadow plays and stray dogs. A history, a journey, and a world all in one.

Love it or hate it - this is the book that changed my life! So if you'd like to know more about it - or about The Janissary Tree, my new thriller set in Ottoman Istanbul - you might want to take a look at jasongoodwin.net.

'A teeming pageant of a book...noble and witty, embellished with curiosities and written with a never-flagging enthusiasm...Goodwin's evocation of the empire is so rich, so detailed and so astonishing as to be a book of wonders in itself...[he] has clearly set out to distil the story of his chosen Empire into a high-octane work of art. By God, he has succeeded.' - Jan Morris, Independent

'A fascinating read...he writes with an appropriate elan and balances the sweep of great events with a host of revealing and sometimes pungent details...a perfect companion for anyone who visits Turkey and wants to make sense of it and those countries it once ruled' - Lawrence James, The Times

'This portrait of the Ottoman Empire by a former Mail on Sunday/John Llewellyn Rhys prize-winner is as plush as a Turkish carpet...Goodwin weaves together the threads of barbarism and civilisation with dazzling panache' - Piers Brenden, Mail on Sunday

'[Goodwin's] task is a commendable one. Glimpses into the Ottoman world are rare and too often confined to scholars and their private debates. Goodwin's approach is to dispense with the dry generalisations of scholarship in favour of drama and detail' - Philip Marsden, Sunday Times

Jason Goodwin is a historian, journalist and travel writer. He has travelled extensively in Eastern Europe, the Middle East, Asia and India; his first book, The Gunpowder Gardens: Travels through India and China in Search of Tea, was shortlisted for the Thomas Cook Travel Book Awards, 1991, and his second, On Foot to the Golden Horn: A Walk to Istanbul, was the winner of the John Llewellyn Rhys Prize, 1993. He lives in the country with his wife and two sons.
Read more

4.2 out of 5 stars
4.2 out of 5
157 global ratings
How are ratings calculated?
To calculate the overall star rating and percentage breakdown by star, we don’t use a simple average. Instead, our system considers things like how recent a review is and if the reviewer bought the item on Amazon. It also analyses reviews to verify trustworthiness.
Top reviews

Rosalind
5.0 out of 5 stars Facts More Illuminating & Beautiful than Fiction
Reviewed in the United Kingdom on 22 May 2017
Verified Purchase
I have just finished reading this wonderful book for the second time,immediately following my first reading. This was not because of any problem, but simply the sheer exuberant generosity with which Jason Goodwin has endowed his history of the Ottoman Empire. A cornucopia, horn of plenty, about the Golden Horn.
Previous reviewers seem dismayed that this book is not a dusty academic piece of writing, accurate to the letter, but not the spirit, of the Ottoman Empire. It is written, not like a list on a war memorial - just names & dates but, in a way it is like a beautiful wall of Iznic tiles, or an embroidered quilt, and that style reveals far more of the multi-faceted culture & six century-long Osman dynasty's rule over vast lands & diverse peoples.

I came to this book via an abiding affection for all things to do with the Ottoman Empire and especially Istanbul, its heart. Various novels, Jason Goodwin's own Yashim ones and other authors like Elif Shafak and Jenny White, Katie Hickman & Barbara Nadel encouraged me in a desire to explore more about Istanbul & hence resort to non-fiction.... the dark side!
The great thing for an amateur who revels in ancient regimes is that works of historical fiction can spawn a serious interest in studying a person or period in a greater depth. This book, Lords of the Horizons is my bridge to that, as it combines a lightly worn but profound erudition ( doubtless the result of hours of research, reading dusty tomes) with a beautiful style of writing - friendly, amusing and delightfully digressive. Goodwin's footnotes area little treasure trove in themselves.

So this largesse is why I have re-read Lords of the Horizons. I have no doubt I shall happily read it again & discover yet more interesting facts about this fascinating world.

JaguarJon53
5.0 out of 5 stars An entertaining tour d'horizon
Reviewed in the United Kingdom on 19 July 2019
Verified Purchase
Never a dull moment in this tale of the Ottoman Empire, it's arranged more by theme than by chronology (that's at the back). It's a huge subject: if you seek a more classic approach, you may need to look elsewhere. However, now I have an appreciation of Turkish culture which I lacked before. I recommend it.
Read more
2 people found this helpful
Helpful
Comment Report abuse

Aky22
2.0 out of 5 stars Disappointed
Reviewed in the United Kingdom on 24 August 2020
Verified Purchase
This book has been on my wishlist for some time. I was really looking forward to reading it as I find the Ottoman empire really fascinating.

For any book to try and cover the entire history would require volumes. This book lacks focus and I don't feel that I know much more about the Ottomans than I did before.

There are parts of the book which suggest that the author actually looks down on the Ottomans, maybe making the mistake of judging history by current standards.
Read more
2 people found this helpful
Helpful
Comment Report abuse

Amazon Customer
4.0 out of 5 stars A different and intriguing book, but sometimes confusing
Reviewed in the United Kingdom on 19 August 2016
Verified Purchase
A very different book Mr. Goodwin really makes the Empire come alive before one's eyes. His description of both daily life and life in war, together with his use of descriptions from historical sources really makes this book stand out. Nevertheless the book is sometimes confusing, especially the first chapter, and some are real nuts to crack. Sometimes historical events are just thrown into context without being explained, or it is explained several pages or chapters later. This is the reason I only give it four stars. I still recommend the book highly, both to those familiar with this part of history and those entirely new to it.
Read more
8 people found this helpful
Helpful
Comment Report abuse

RedUn
5.0 out of 5 stars Interesting history!
Reviewed in the United Kingdom on 2 May 2018
Verified Purchase
I really enjoyed this book. It gave me a better understanding of the Turkish nation and people, and how modern Turkey came to be the bridge between East and West. It should be read in Western schools.
Read more
One person found this helpful
Helpful
Comment Report abuse

Joanne Davis
4.0 out of 5 stars A Marvelous Read
Reviewed in the United Kingdom on 13 June 2019
Verified Purchase
A marvelous read, by far the most entertaining on the subject - though honorable mention must go to Philip Mansel's fine book on Constantinople. His detective novels are also highly recommended.
Read more
One person found this helpful
Helpful
Comment Report abuse

Maybe it's only me, but I think the exposition could have been better.
Read more
7 people found this helpful
Helpful
Comment Report abuse

Mrs L Morton
5.0 out of 5 stars very informative
Reviewed in the United Kingdom on 18 March 2020
Verified Purchase
Bought for my grandson and he is very happy with it
Read more
Helpful
Comment Report abuse
See all reviews
Pages with related products. See and discover other items: french history for children, beautiful creatures
Unlimited One-Day Delivery and more
Prime members enjoy fast & free shipping, unlimited streaming of movies and TV shows with Prime Video and many more exclusive benefits.
> Get Started