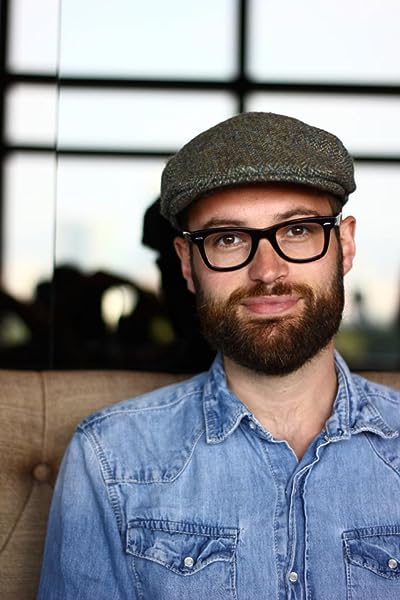 Fastest delivery: Tomorrow
Order within 13 hrs 21 mins Details
Note: This item is eligible for click and collect. Details
Pick up your parcel at a time and place that suits you. How to order to an Amazon Pickup Location? Learn more
Read more Read less

Filled with insights, observations and anecdotes, Chatwin brings to life the past and present of one of the world s great cities in an account that is as thoughtful as it is informative. --Peter Frankopan, author of The Silk Roads: A New History of the World

Bringing together past and present, personal and political, Jonathan Chatwin gives readers a thoughtful and deeply-informed account of modern China through the marvellous device of a stroll down Beijing's longest avenue - and all in lucid and compelling prose. --Rana Mitter, author of Modern China: A Very Short Introduction

Even the most dedicated flâneur has to work hard to find the charm in Chang an Avenue, the main thoroughfare of the glorious mess of Beijing . But Chatwin walks the walk and, along the way, dissects the street, its denizens and its enduring role in China s history and collective modern traumas. --Paul French, author of Midnight in Peking

Jonathan Chatwin is a writer from Birmingham, England, and author of Anywhere Out of the World, a literary biography of the traveller and writer Bruce Chatwin. He has lived in and written widely on China -- .

5.0 out of 5 stars
5 out of 5
6 customer ratings
How does Amazon calculate star ratings?
Amazon calculates a product’s star ratings based on a machine learned model instead of a raw data average. The model takes into account factors including the age of a rating, whether the ratings are from verified purchasers, and factors that establish reviewer trustworthiness.
Top Reviews

Scott
5.0 out of 5 stars Great Informative Read
Reviewed in the United Kingdom on 11 May 2020
Verified Purchase
The map inside the cover provided the geographical framework to support Chatwins’ walk along CHANG’AN JIE.
He guides the reader on a journey of 19 miles from west to east Beijing. Chatwin is clearly very knowledgeable about life of the working Chinese people and culture and the relevance of historical landmarks.
References to Mao, The Cultural Revolution, 2008 Olympics, development of Urban districts and Shopping Malls from a background of Imperialism.
Chatwins’ writing style lends itself to poetic descriptions; altogether both informative and entertaining. I thoroughly enjoyed this book.

laurence westwood
5.0 out of 5 stars A fascinating journey across Beijing!
Reviewed in the United Kingdom on 13 May 2020
In this fascinating book, Jonathan Chatwin takes us on a 2o mile walk along Chang'an Jie (Long Peace Street), a street that runs west to east, bisecting Beijing, all the way from the old Shougang Iron and Steelworks to the burgeoning new Central Business District. On the two day journey, as we travel on foot with the author while he endures the 'major heat' of the summer, we are taken not just on a journey through geographic space across the city, but also a journey through time: from the Ming Dynasty and the construction of the Forbidden City, to the Gate of Heavenly Peace (Tiananmen) where Mao Zedong declared the founding of the People's Republic of China in 1949, and further on still to the building of the New China - whatever that might be! - under Xi Jinping. This is a remarkable story, full of kind but always clear-sighted observations. It is also highly moving in parts, especially when we learn of the fates of those who had lived in and around Long Peace Street; those whom perhaps life, as well as history, should have treated much better. Highly recommended!
Read more
Helpful
Comment Report abuse

Mr. Anthony Gutteridge
5.0 out of 5 stars A thoroughly enjoyable book
Reviewed in the United Kingdom on 30 May 2020
On completing this fascinating book I thought of the old, supposedly Chinese curse, “may you live in interesting times”, as the author’s account of his journey along Long Peace Street is used to paint a picture of the “interesting times” lived through by the thoroughfare itself, Beijing and China as whole. The author engages us in an insightful blend of the current day, Chinese history, culture, myth and legend, presenting a well written and absorbing book. I didn’t want it to finish. I can well recommend “Long Peace Street” to everyone, not just those with an existing interest in China, and look forward to reading Chatwin’s next take on the country.
Read more
Helpful
Comment Report abuse

MR ADAM J TYNDALL
5.0 out of 5 stars I used to live in Beijing - this took me right back (and taught me new things)
Reviewed in the United Kingdom on 13 May 2020
Long Peace Street is a micro-travel book; an antidote to trans-continental travel writing. Chatwin picks just one street (albeit quite a big one) that runs through the heart of Beijing and takes us on a journey along it. Having lived in Beijing, Chatwin's writing did two things. It took me straight back to the sights, sounds, and smells of the city; and it helped me understand the place better. The journey is interwoven with the history of Beijing, and China, in a style that is enjoyable and accessible. This is a book filled with both broad insights and pleasing little anecdotes. I've been visiting China for over a decade and I used to always recommend Rob Gifford's 'China Road' as an easy introduction to the country, I'll now be recommending this book as well.
Read more
Helpful
Comment Report abuse

Kaler W.
5.0 out of 5 stars A journey into Beijing
Reviewed in the United Kingdom on 19 August 2019
In Long Peace Street Jonathan Chatwin blends history and observation into a charming and lucid book. Using the device of a walk down Chang’an Jie, a major thoroughfare in central Beijing, Chatwin gives the reader an insight into a constantly changing and closely guarded city. With the growing importance of China in the global order, Long Peace Street provides a welcome journey into the multiple upheavals that make Beijing a city so difficult to define.
Read more
Helpful
Comment Report abuse

J Douglas
5.0 out of 5 stars Fascinating travel writing - you don't need any previous interest in or knowledge of China!
Reviewed in the United Kingdom on 15 May 2020
I had absolutely no knowledge of China when I started reading this book, but I was spellbound from the first page. You are taken on a fascinating journey on foot, across a modern city, accompanied by accounts of its historic past. The writing is superb - thoughtful and clear. I would highly recommend this to anyone, even if you have no personal interest in China. It is excellent travel writing and well worth reading.
Read more
Helpful
Comment Report abuse
See all reviews from the United Kingdom
Unlimited One-Day Delivery and more
Prime members enjoy fast & free shipping, unlimited streaming of movies and TV shows with Prime Video and many more exclusive benefits.
> Get Started