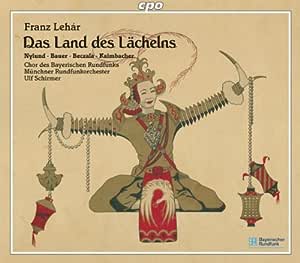 Have one to sell?
Sell on Amazon
Available to Download Now
Buy the MP3 album for £14.98

Includes FREE MP3 version of this album.
AutoRip is available only for eligible CDs and vinyl sold by Amazon EU Sarl (but does not apply to gift orders or PrimeNow orders). See Terms and Conditions for full details, including costs which may apply for the MP3 version in case of order returns or cancellations.
Note: This item is eligible for click and collect. Details
Pick up your parcel at a time and place that suits you. How to order to an Amazon Pickup Location? Learn more
Complete your purchase to add the MP3 version to your Amazon music library. Provided by Amazon EU S.à r.l.
6 new from £14.50 3 used from £12.98
Buy the MP3 album for £14.98 at the Amazon Digital Music Store.

I will ship by EMS or SAL items in stock in Japan. It is approximately 7-14days on delivery date. You wholeheartedly support customers as satisfactory. Thank you for you seeing it.

4.4 out of 5 stars
4.4 out of 5
4 customer ratings
How does Amazon calculate star ratings?
Amazon calculates a product’s star ratings based on a machine learned model instead of a raw data average. The model takes into account factors including the age of a rating, whether the ratings are from verified purchasers, and factors that establish reviewer trustworthiness.
Top Reviews

J Scott Morrison
3.0 out of 5 stars An Also-Ran
Reviewed in the United Kingdom on 9 November 2007
From the glamorous cast pictures one can only imagine that a DVD of this production -- this audio set was taken from three live Munich performances in 2006 -- would have been worth seeing. But as an audio-only recording it comes down a bit short when compared to some of the classic recordings of this Lehár classic, e.g., those with Rene Kollo, Siegfried Jerusalem or, best of all, Fritz Wunderlich. Camilla Nylund, a beautiful Finnish soprano, sounds acidulous early on but gets better in the second act. Polish tenor Piotr Beczala is acceptable but no competition for the tenors already mentioned. He does come into his own with the show's hit song, 'Dein is mein ganzes Herz', but his performance still isn't as stirring as the classic Tauber versions or those of Josef Schmidt, Plácido Domingo or Rolando Villazón.

On the plus side there is the expert direction by conductor Ulf Schirmer and the playing of the Münchner Rundfunkorchester. They really shine in the two overtures, the Second Act ballet music and Mi's dance music with its exotic percussion effects.

There is no libretto, but an extensive synopsis is provided and this makes it fairly easy to follow the action. As this operetta has extensive spoken German dialog, there is a good deal of down time for non-German speakers.

Havauka
5.0 out of 5 stars Brilliant Performance of a Great Masterpiece of Music
Reviewed in the United Kingdom on 16 March 2008
The recording of "Das Land des Lächelns" with the conductor Ulf Schirmer shows that this opera (I call it opera) is really a masterpiece, thanks to the brilliant performance of the Munich Radio Symphony Orchestra and the highly enthusiastic conductor. Everything is shining, Schirmer highlights every melody and atmosphere with a thorough interpretation and a musical sense which is seldom found elsewhere. Additionally, there are two marvelous protagonists, Piotr Beczala as Sou Chong and Camilla Nylund as Lisa, who have a beautiful voice, master all technical difficulties with elegance and sing with a perfect German accent, very easy to understand. I recommend this recording in the highest degree.
Read more
2 people found this helpful
Helpful
Comment Report abuse

Jorma Koskinen
4.0 out of 5 stars A complete uncut version in digital sound
Reviewed in the United Kingdom on 12 October 2014
This is the most recent CD version of this operetta and the only complete one. It is also so far the only recording in modern digital sound. We do hear Lehar’s masterpiece for the first time in its full, uncut glory. All of the numbers listed in the score are included. The difficulty is that for the second act Lehar gives several versions for theatres of different sizes and varying capabilities. Schirmer opts for the fullest possible version of the grandiose Bestowing of the Yellow Jacket, which begins Act II. This includes the whole Chinese Ballet Suite with its four dance numbers and the exciting Wedding Procession with its exotic percussion and a large off stage band with four Aida trumpets, tam-tams, gongs and three kinds of military drums. The noise is gorgeous.
Vocal performance is lead by Piotr Bezcala as the Prince Sou-Chong of China. His voice is simply one of the most beautiful lyric tenor voices of today. His interpretation is stylish and sensitive. He never exaggerates in the more dramatic moments but stays in his princely character. He does not insensitively belt out the “Dein ist mein ganzes Herz” but uses intelligence and an understanding of the genre. He is completely comfortable with the long dialogue in German, in other words, an ideal Sou-Chong. By the way, this is the only recording of this operetta with separate tracks for dialogue only. This way you can programme them out or you can make your own travel version for MP3 by including the music tracks only. Helpfully, in the booklet the dialogue tracks are clearly marked. Otherwise there is only a synopsis in German, English and French and an exceptionally interesting article by Doris Sennefelder about why operetta as an art form lost is popularity between the first and second world wars.
Camilla Nylund gives a good performance as Lisa. She does not reach the top notes as sweetly as Schwarzkopf (1953) or Rothenberger (1967) but her interpretation has the required operetta style of attempting to smile through your tears. She has taken on more dramatic parts since 2006. For me she does not sound ideally girlish or naïve enough to suddenly take a train from Vienna to Beijing to run after a man she barely knows, to a country she knows nothing about. But vocally she is fully competent.
Alexander Kaimbacher is perhaps the best Gustl available on record. His tenor voice is fully credible as a competitor for Lisa’s affection. The Bavarian chorus and orchestra are good. But there is an indefinable quality in the recording that makes it sound somewhat lacklustre. Lehar made much of the use of pentatonic scale combined with harp, celesta, flute, glockenspiel, tam-tams and wooden percussion to achieve oriental sound. Much of this detail is lost in this recording. One is not aware of this before one hears other recordings (Mattes 1967) and looks at the score. An amazing variety of nuance is lost, which is a really great pity this being the only uncut version with all the orchestral numbers included.
If you have to have a modern digital recording this is a safe choice. If, on the other hand, you would like more Viennese charm and singers more steeped in the operetta tradition, the Mattes version with the same Munich forces with Nicolai Gedda and Anneliese Rothenberger would be my preferred choice. The CD sound is perfectly acceptable and the interpretation will put a smile on your face. That is what real operetta is about. I have discussed the virtues or otherwise of the two competing CD versions in their reviews.