Skip to main content
The Lathe of Heaven and over 8 million other books are available for Amazon Kindle . Learn more
Share <Embed> 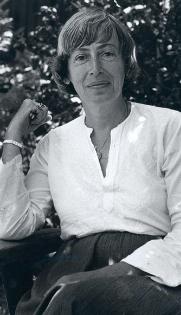 Fastest delivery: Tomorrow
Order within 4 hrs Details
Note: This item is eligible for FREE click and collect without a minimum order. Details
Pick up your parcel at a time and place that suits you. How to order to an Amazon Pickup Location? Learn more
Read more Read less
Previous page
Next page

Start reading The Lathe of Heaven on your Kindle in under a minute.

First published in 1971, Ursula Le Guin's SF novel The Lathe of Heaven combines a sheaf of future possibilities--including an early evocation of global warming--with a parable about wishes that has the terrible clarity of a fairytale.

The uncomfortably gifted George Orr is desperately drugging himself to avoid sleep, because he knows his dreams can change the world. Psychiatrist Dr Haber begins with good intentions of curing Orr, but when he finds he can shape Orr's "effective dreams" and force his own wishes into reality, the lure of power is too much. Though Haber believes he wants only to do good, he's also quick to upgrade himself from obscurity in a windowless office to Director of the prestigious Oregon Oneirological Institute.

During his flawed attempts to create an earthly paradise, we see that each sweeping change makes matters worse. Let's fix over-population: suddenly there's a new past in which humanity was almost destroyed by plague, billions of people are written out of existence, and Haber drinks a toast--"to a better world". Let's fix war: the hapless Orr's dreaming mind can only imagine and create a new threat that unites Earth against outside foes. Let's fix racism: the result is even more painful. As Orr broods:

The end justifies the means. But what if there never is an end? All we have is means.

In this mad round of poisoned wishes, it becomes necessary to stop. But power-crazed Haber refuses to stop....

Beautifully written, jolting in its moral force, The Lathe of Heaven is one of Le Guin's finest SF excursions. --David Langford

Le Guin is a writer of phenomenal power ― OBSERVER

Ursula Le Guin was able to reimagine many concepts we take to be natural, shared, and unalterable - gender, utopia, creation, war, family, the city, the country - and reveal the all-too-human constructions at their center ... Literature will miss her. There's no one like her -- Zadie Smith

Le Guin is one of the singular speculative voices of our future, thanks to her knack for anticipating issues of seminal importance to society ― TLS

Her worlds have a magic sheen . . . She moulds them into dimensions we can only just sense. She is unique. She is legend ― THE TIMES

[Le Guin had] the heart of a poet who knew all too well the difference between miracle and eureka, revelation and revolution ― PUBLISHERS WEEKLY

Le Guin's storytelling is sharp, magisterial, funny, thought-provoking and exciting, exhibiting all that science fiction can be ― EMPIRE

Ursula Le Guin is a chemist of the heart -- David Mitchell, author of CLOUD ATLAS

When I read The Lathe of Heaven as a young man, my mind was boggled; now when I read it, more than twenty-five years later, it breaks my heart. Only a great work of literature can bridge - so thrillingly - that impossible span -- Michael Chabon

Through his dreams, George Orr can make alternate realities real
'Le Guin is a writer of phenomenal power' OBSERVER

George Orr is a mild and unremarkable man who finds the world a less than pleasant place to live: seven billion people jostle for living space and food. But George dreams dreams which do in fact change reality - and he has no means of controlling this extraordinary power. Psychiatrist Dr William Haber offers to help. At first sceptical of George's powers, he comes to astonished belief. When he allows ambition to get the better of ethics, George finds himself caught up in a situation of alarming peril.

Ursula K. Le Guin is one of the finest writers of our time. Her books have attracted millions of devoted readers and won many awards, including the National Book Award, the Hugo and Nebula Awards and a Newbery Honor. Among her novels, The Left Hand of Darkness, The Dispossessed and the six books of Earthsea have attained undisputed classic status; and her recent series, the Annals of the Western Shore, has won her the PEN Center USA Children's literature award and the Nebula Award for best novel. In 2014 Ursula Le Guin was awarded the National Book Foundation Medal for Distinguished Contribution to American Letters. She lived in Portland, Oregon, until she passed away in January 2018.

4.5 out of 5 stars
4.5 out of 5
860 global ratings
How are ratings calculated?
To calculate the overall star rating and percentage breakdown by star, we don’t use a simple average. Instead, our system considers things like how recent a review is and if the reviewer bought the item on Amazon. It also analyses reviews to verify trustworthiness.
Top reviews

Kay Smillie
5.0 out of 5 stars Shifting realities
Reviewed in the United Kingdom on 30 May 2018
Verified Purchase
I remember the first time I read this thinking how much this reminded me of Philip K Dick, only to discover that it was Ursula Le Guin's tribute to the great man. George Orr is a classic PKD style character in being an ordinary person who finds himself in extraordinary circumstances. Circumstances somehow created by him, where reality is ever shifting. This will most definitely appeal to fans of Philip K Dick.

P. J. Dunn
4.0 out of 5 stars Do the aliens also dream in the same manner?
Reviewed in the United Kingdom on 12 November 2020
Verified Purchase
When you strip this story down to its basics it uses the same hoary old format as science fiction tales wherein time travel experiments are repeated to alter the current reality, but each alteration ends up having unintentional consequences that end up making things worse.

However it is not time travel that is the mechanism here but designer dreams, and the dream mechanism isn’t just used as a cop out one for one replacement for time travel. The dynamics are different and engaging, and the actual motivation of, and the impact of events on, the main characters is intriguing.

Even more intriguing are the aliens that pop up. Would those aliens even be in existence if it wasn’t for the dreams? Do they have the same dream powers as they seem to hint at? If so do they refrain from using them or have they used them?
Read more
Helpful
Report abuse

Ms. B. May
5.0 out of 5 stars Great book
Reviewed in the United Kingdom on 9 September 2019
Verified Purchase
This book is proper speculative fiction so if you don't like that it might not be for you. I'm a huge John Wyndham fan and. I loved it. Well worth a read. One of my faves by the author alongside The Dispossessed and The Word for World is Forest.
Read more
Helpful
Report abuse

A. M.
2.0 out of 5 stars Not typical Le Guin. Did not work for me.
Reviewed in the United Kingdom on 11 July 2020
Verified Purchase
This novel is about a character whose dreams are able to shape reality, even to modify the past. This is a theme that Philip K. Dick did better, I think. Le Guin's approach here is rather flat and uninspired. This is not among her best work. Recently I read her early Hainish novel (Rocannon's World) and some of her stories (The Winds Twelve Quarters), and they were wonderful.
Read more
Helpful
Report abuse

Shoo
5.0 out of 5 stars So timely to what the world is experiencing now!
Reviewed in the United Kingdom on 28 September 2020
Verified Purchase
Another inimitable story by Ursula LeGuin. A mind stretching concept, well handled and so pertinent to the dilemmas we face today. Despite the dystopian theme, it actually leaves you feeling hopeful.
Read more
Helpful
Report abuse

Miss S. A. Munn
5.0 out of 5 stars A journey through worlds and minds.
Reviewed in the United Kingdom on 4 August 2020
Verified Purchase
Fascinating, exciting and beautiful. I was totally entranced. Reflective and thought provoking. The kind of story that stays with you and I don't doubt will bear multiple readings.
Read more
Helpful
Report abuse

Mel Powell
5.0 out of 5 stars Great story, great writing, great read.
Reviewed in the United Kingdom on 6 March 2016
Verified Purchase
I loved it. Great writing, inventive, multi themed: social, political (as you would expect) the very nature of reality. Even if you can dream it, is it possible to make a perfect world? Should you even try or must you settle in the end, for a workable compromise? I can't describe the plot. You'll just have to read it.
Good kindle copy.
Read more
2 people found this helpful
Helpful
Report abuse

BR
4.0 out of 5 stars Read and enjoy.
Reviewed in the United Kingdom on 24 September 2017
Verified Purchase
A real thought provoking scenario - the idea that reality can be changed by one person's dreams makes for a very exciting story. It reminds me of the imagination of Philip K Dick, but Ursula Le Guin is a giant in SF Literature in her own right. This book does not disappoint. Read and enjoy.
Read more
Helpful
Report abuse
See all reviews
Pages with related products. See and discover other items: fantasy masterworks
Unlimited One-Day Delivery and more
Prime members enjoy fast & free shipping, unlimited streaming of movies and TV shows with Prime Video and many more exclusive benefits.
> Get Started