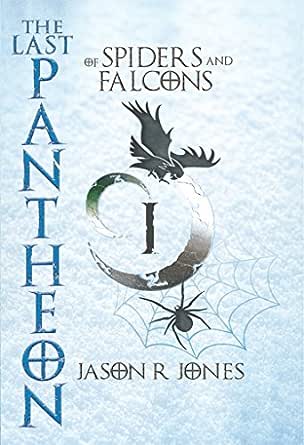 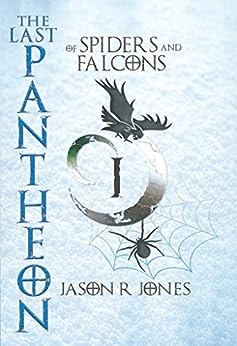 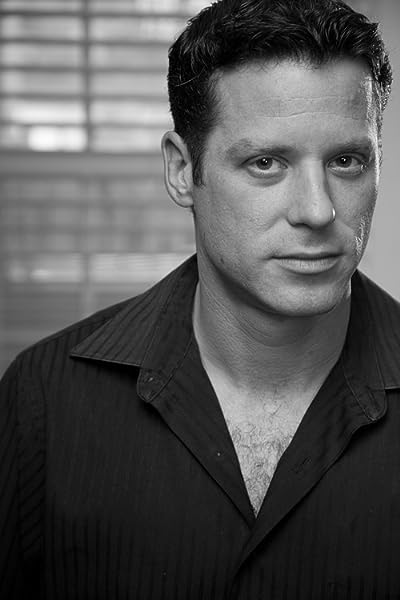 The Last Pantheon: of spiders and falcons Kindle Edition

4.0 out of 5 stars
4 out of 5
3 customer ratings
How does Amazon calculate star ratings?
Amazon calculates a product’s star ratings based on a machine learned model instead of a raw data average. The model takes into account factors including the age of a rating, whether the ratings are from verified purchasers, and factors that establish reviewer trustworthiness.

Kindle Customer
3.0 out of 5 stars 18 books?
Reviewed in the United States on 16 March 2017
Verified Purchase
How do you even know up front that's what you're going to write as a series? This smells of Wheel of Time, I'm afraid... and anyone who's survived that knows Robert Jordan allowed himself to spin out of control on subplots and repetitious phrases that only served to drag it down and lose readers before Brandon Sanderson swooped in at his death to corral the mess into a halfway satisfying finale.

So yeah, the idea of an 18-book series is a little off-putting, especially as this book seemed awfully drawn out out as it was.

Of course, I love a hefty book and I could appreciate the pieces of this saga being stacked like Lego blocks. World-building needed the foundation, the diverse characters forming an unlikely band to perform some great feat, but in many places the obstacles seemed like overkill. I even thought about bailing at the prologue because 1) the font was atrocious, 2) it was as boring as the bible or memorizing dates in history class, and 3) prologues are lame and I much prefer to have everything revealed naturally as part of the story.

Thankfully, I persisted. Our band of unlikely heroes quickly grew on me. By the end, I even cried over a few of them.

So many villains, though, and I wish the editing had been better as far as typos, if not flow. There were some places I simply got annoyed with another bad guy and had to walk away for a bit (I'm normally one to chew my way straight through a book, so this is saying something).

Though there is an ending of sorts, there are a helluva lot of loose ends. It's more of a pause before the next leg of the journey, though a pause that refreshes. It might take another freebie before I feel committed to a full 18 tomes, especially after being burned by Game of Thrones. (I'm failing at my promise to myself to only read completed series, and I blame Brandon Sanderson for much of that...) Much promise here, though.
Read more
2 people found this helpful
Helpful
Sending feedback...
Thank you for your feedback.
Sorry, we failed to record your vote. Please try again
Report abuse

bannonj
4.0 out of 5 stars Great Story but Neither Proof Read nor Finished
Reviewed in the United States on 3 January 2018
Verified Purchase
When I started reading this book, at the prologue, I found the italic print very irritating. I tried to change it on my kindle but it wouldn't change. I also found it hard to read as it was much like a Bible with lots of religious facts and very little story. I stuck with it however and when I got into the story I found it really good. It's one of those books that I didn't want to leave down and went to sleep at night thinking about.
On the down side however the book ends with no end to the story and there are a lot of spelling errors. If I had known when I was starting that the story was part of a series I wouldn't have read it as I hate waiting for follow up books. I've done that too often with series that go on for years like "Wheel of Time" and "A Song of Ice and Fire", which I'm still waiting for the end of.
I deducted one star because of the lack of a finish and the spelling errors.
Read more
One person found this helpful
Helpful
Sending feedback...
Thank you for your feedback.
Sorry, we failed to record your vote. Please try again
Report abuse

Numerya
5.0 out of 5 stars Fantasy for everyone !!
Reviewed in the United States on 30 August 2017
Verified Purchase
I like the characters, humor, friendship and love betwen them, grand world, story, and of course, that it is a very long story.

I recommend this book to everyone, be young or old.
Read more
One person found this helpful
Helpful
Sending feedback...
Thank you for your feedback.
Sorry, we failed to record your vote. Please try again
Report abuse