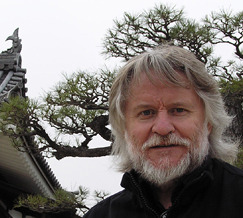 Kevan Pooler is a School Governor, ex-Safeguarding trainer, Friar, English Teacher, and Youth Worker. He runs a Nottinghamshire writers' group.
Born in Oxford to Patrick Murphy and Edith née Pooler, he spent his teens training to be a Franciscan Friar. He 'missed the sixties,' but has been trying to catch up since.
Experience as Editor of the college magazine, Social Secretary and President of the Student Union in Oxford, led to Youth Work was a career.
He Qualified in Education in Liverpool. He taught English and Drama before returning to Social Education in Youth Work.
Following national recognition in Rural and Mobile Youth Work in Notts, he took on Mansfield District, one of the most deprived urban areas in Britain. His management of a multi-disciplinary team of youth workers in Sexual Health, Homelessness, School Truants, School Excluded and Knife-Crime, helped to secure the highest ever grant for youth work.
He could not stop the slashing of Youth Work budgets - including his job.
Kevan had accumulated so many stories decided to write them up. Needing to hone his skills he joined one writers' group and has run his own for 7 years.
He wrote 'Apple?' working title, 'A Lethal Weapon Too', in response to the Weapons of Mass Destruction debate, child soldiers in Africa, and rape as a weapon of war.
This was followed by 'Barred?' a crime thriller set in a youth project, questioning quite who is safeguarding young people and should some of them be barred.
Kevan then returned to a Youth Work anti-racism project started in the late 1980s, where he saw the kind treatment of Prisoners of War as a starting point for the multi-cultural society. Finding little widely accessible information, it took four years to research and results in 'Convicted for Courage', the full history of the POW camp system, contrasted with the treatment of Conscientious Objectors.
Kevan lives with his wife in Nottinghamshire. They have four grown children. 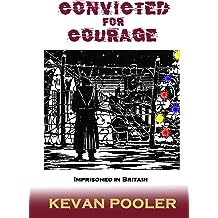 Convicted for Courage: Imprisoned in Britain 20-Jan-2019
by Kevan Pooler
( 2 )
£3.49
Released from Strangeways Prison, his sentence as a Conscientious Objector commuted to exile as a farm labourer, Eric Chapman, ex Sheffield cutler, is intrigued by the Prisoners of War he is billeted with. Befriending Palmiro 'Pam' La Banca leads him to explore the 'Officially Secret' world of the 168,000 Italian POWs who built the first 80 Standard Camps in the nationwide system.

Estranged from his pregnant wife, Eric seeks friendship among Britain's enemies. By the time 402,000 Germans are added, he realises he is the only one interested, so sets out on a quest to record the POWs' experiences in Britain.
Then came the Ukrainians.

Kevan Pooler has collected testimonies of those involved in most aspects of the POW camp system since the 1980s. He has transposed the memories into this contemporaneous 'memoir' of Eric Chapman, a Conscientious Objector:
The only complete story of the POW camps in Britain 1940-1950. 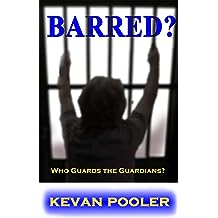 In austerity budgets, must Youth Officer Leo act alone?
A sock-cosh in the miners’ strike left no forensic trail - a perfect crime?
Will that ex-priest cause trouble?
Can detectives Chocky and Badder rise above their own prejudices?

Barred? is set in a British youth project at a time of public sector cuts to budgets and concern over sexual exploitation. Which is worse - a paedophile or a murderer. Can either be forgiven?

Kevan Pooler draws on his career in education and safeguarding for this literary crime novel. 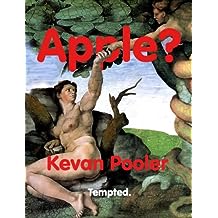 Weapons of Mass Destruction – Dynamite, Nuclear Power, The Penis.
Really?
Who are these three characters at Grumpy Men’s Breakfast?
Can Circus skills rehabilitate Child Soldiers in War Torn Africa?
Will I get my Sixties in my Sixties at last?

These will provide the answer to the Question “What is the meaning of Life?” Kenneth Griffin’s life anyway.

Influenced in equal measure by the piss-up of Plato’s ‘Symposium’, the campaigning humour of Indrah Sinha’s Booker shortlisted ‘Animal’s People’, and the mystery of the ‘Book of Genesis’, Kevan Pooler appeals on many levels and after a real blow to the solar plexus, readers can’t fail to be moved by the denouement.