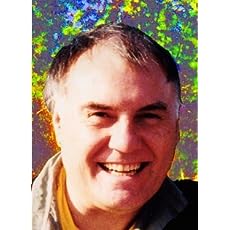 Follow to get new release updates, special offers (including promotional offers), and improved recommendations.
I recently retired as a freelance Home Affairs correspondent - brought up in Scotland, but now living in London - specialising in policing,cyber-crime,counter-terrorism, drugs, and race for a range of national daily and Sunday newspapers.

But I am still also an avant garde musician. I've made over three dozen albums, starting with five albums fusing jazz with the music of Scotland, latterly collaborating with folk-based musicians from quite differing backgrounds - Tibetan monks, Siberian shamans, South American and South African musicians.

In 1990 - with another player, Tim Hodgkinson - I did the biggest tour of Russia by any British musicians up till then. We even played in closed cities, like Vladivostok.

It was then that I began studying shamanic music in Yakutia, Buryatia, the Altai and Tuva in Siberia. I've made a lot of long trips to Siberia combining playing with research. I became an shaman in Tuva.

Some of my favourite books :- 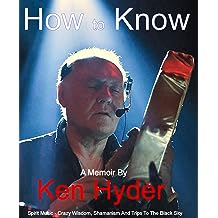 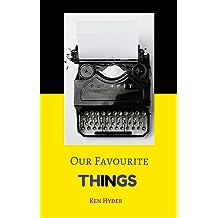 Our Favourite Things 25-Apr-2016
by Ken Hyder
£5.55
In this book, journalist and musician Ken Hyder picks a wide range of subjects from top musicians and songs to special places to visit, selects nine favourites in each category – then gives reasons why they should be on the list. He then interviews friends from far-off places like Siberia, Sicily…and er, Scotland who give their personal lists of things where they might have specialist knowledge.

So a leading guitarist gives a breakdown of effects pedals, while a potato enthusiast guides you in which spud you should choose for which meal. And for which vodka to go with it – a Russian expert gives his selection, balanced with a warning on one particular variety, from Ken.

These favourites and what makes them special, say a lot about people as individuals…maybe more revealing than some biographies.

The author and friends hope the readers will start thinking about their favourite things – and why they pick them over others. 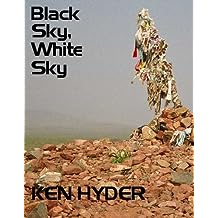 Chimit is a musician from Tuva, not far from the Mongolian border. Childhood friend Zoya, a female shaman, has taken him on as an apprentice. And he begins learning how to heal, access spiritual energy and direct it.

In Boston, graphic artist Ray Farmer strikes up an Internet friendship with an ex-Speznaz paratrooper near Lake Baikal, and decides to visit.

He visits Olkhon, the holy island in Lake Baikal, where he starts making connections with the spirit of the place.

A local artist suggests Ray travels to Tuva where he could ask the shamans about spirituality and art.

There, he becomes a reluctant apprentice, falls in love with Zoya, and gets into a rivalry with another jealous shaman.

Suddenly Ray is plunged into a fast moving turmoil involving trust, belief, betrayal, fear and courage before he completes his task.
Read more 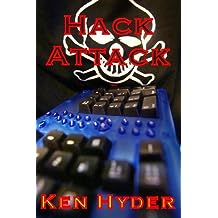 Hack Attack 04-Nov-2010
by Ken Hyder
( 2 )
£3.59
Hack Attack is a 21st century fast-moving thriller exploding in a massive global cyber-terrorism meltdown.
Set in the period before the Snowden NSA revelations showed just how much state-hacking was going on, the book illustrates how criminal hackers can also hold countries to ransom.
In Siberia, Kolya hacks an American oil company for revenge. They bought up a whole engineering institute in the science-city of Akademgorodok, plundered the existing research, then sacked everybody – including his father.
In Kent, Adrian, the son of a top career-criminal has been trying his hand at being a junior hacker. He comes across a team of slightly older, more experienced hackers, and with his father’s encouragement, he approaches them. He suggests a partnership where his family selects targets for cyber-extortion and launders the money and the Guildford-based team of hackers does the intrusions.
They successfully hack banks and other big financial institutions who pay up large sums to stop them destroying their systems and making clients’ data public.
After a string of successes, they decide to lie low for a while. Then an item appears in a hackers’ chat room. An organisation is looking for top-rate hackers to do a job.
Kolya replies because he wants money to set himself up in business and to provide a good home for his girlfriend who wants to leave Siberia – which he loves – for the bright lights of Moscow. And the Guildford team reply because they are bored with the lay-off and want some more excitement.
The organisation – everybody is hidden behind anonymised email addresses – appears to be a terrorist group. They want freelance hackers to attack the US infrastructure, taking out air-traffic control, electricity and communications.
The hack-attack begins, and large parts of the US are brought to a standstill. Meltdown.
After September 11 2001, the US is panicking. The attacks keep coming and eventually the US asks MI5 for help. Their expert is a Scottish cyber-security consultant, Norrie MacGregor.
Can one man stop the attacks and track down the hackers and uncover their paymasters?
But what Norrie discovers is unexpected – and for some governments, inconvenient.