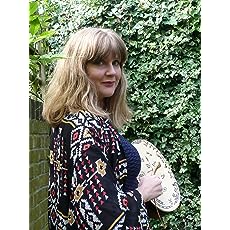 Follow to get new release updates, special offers (including promotional offers), and improved recommendations.
Katie Gerrard is a writer, researcher, and workshop facilitator with a passion for magic, witchcraft and folklore. She discovered paganism and the Norse gods in the late 1990s whilst at University in West Wales.
By day she works for a community development charity offering Employment Advice within London housing estates.
When she's not working or writing she enjoys creative pursuits such as fashion design, sewing, and art.
Katie lives in London, UK with her husband, two children and fat ridiculous cat. 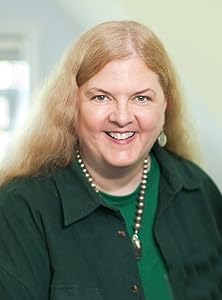 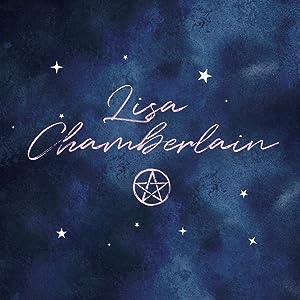 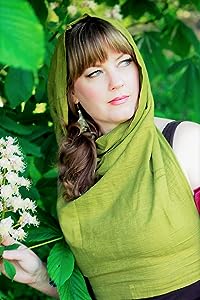 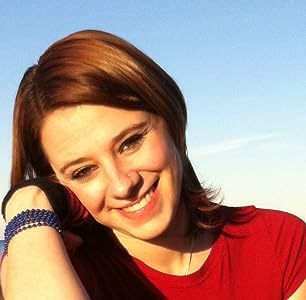 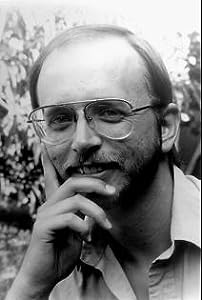 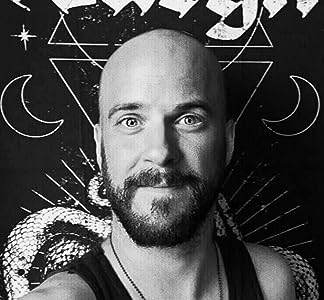 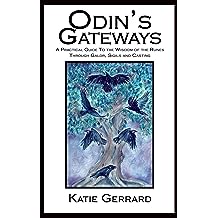 Odin's Gateways: A Practical Guide to the Wisdom of the Runes Through Galdr, Sigils and Casting 31-Dec-2011
by Katie Gerrard
( 63 )
£5.24 £12.99
“The runes you must find … Which the mighty sage stained and the powerful gods made and the runemaster of the gods carved out.” (The Poetic Edda, translated by C. Larrington)

The runes are mysterious and powerful magical keys to the primal forces of nature that shaped Norse and Northern European culture. These twenty-four unique and inspiring symbols of the Elder Futhark (first runic alphabet) each possess powerful energies, identities, meanings, and sounds. The runes are invoked and harnessed to create change through inspiration, healing, protection, knowledge and divine wisdom from the Norse gods.

Odin’s Gateways is a practical guide to using the runes in our lives, in magic and in divination – a unique journey into the mysteries hidden within the runes, filled with the information and practices necessary to developing a deep personal understanding and relationship with them. By focusing on how to directly harness and channel the energy of the individual runes, the author guides the reader along the path to self knowledge and empowerment. With a deft hand and lucid style, Katie Gerrard cuts to the heart of the runes, combining the wisdom of the Norse Sagas and Rune Poems with practical advice and techniques gained through living and experiencing their powers.

The practical magic of the runes is demonstrated through numerous examples of Galdr (incantation), bindrunes (composite runic sigils) and spellcraft for purposes such as protection, healing, childbirth, creating a sacred space, fertility, sleep, battle and cursing. The divinatory meanings of the runes are given, with a range of different reading methods, and advice on how to cast and interpret them. Woven among the manifold techniques and practices contained in her work, the author also explores the history of rune use, providing the highlights from Tacitus and Snorri Sturluson to the modern European and American rune masters who have revived their use.

"Odin’s Gateways is a practical guide to using the runes in our lives, in magic and in divination – a unique journey into the mysteries hidden within the runes, filled with the information and practices necessary to developing a deep personal understanding and relationship with them. With a deft hand and lucid style, Katie Gerrard cuts to the heart of the runes, combining the wisdom of the Norse Sagas and rune poems with practical advice and techniques gained through living and experiencing their powers."
Read more
Other Formats: Paperback 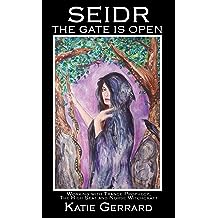 Seidr: The Gate is Open: Working with Trance Prophecy, the High Seat and Norse Witchcraft 18-Feb-2011
by Katie Gerrard
( 88 )
£5.29 £14.99
"The seidr current is fresh and vibrant, with the strength and solidity of the Norse deities behind it." - Katie Gerrard

Seidr is the intriguing and powerful early Norse system of shamanistic trance practices. In Seidr: The Gate is Open, Katie Gerrard has contributed a major work on the practices of seidr and trance prophecy, providing a practical manual full of dynamic group rituals and techniques based on known Seidr practices. Foremost amongst these techniques is the prophetic rite of the High Seat, where the Volva (seer) sends her consciousness to the underworld realm of Hel to gain answers to the questions posed to her. Combining more than a decade of research and experimentation, this book is characterised by both its scholarship and its accessibility.

Katie Gerrard shares her own experiences on the path of the seer, and also draws inspiration from original sources in the old texts of the Sagas and the Eddas, as well as contemporary researchers and groups working with seidr in Scandinavia, Europe and America. Techniques for achieving trance, levels of trance possession, coming out of trance, the vardlokkurs (chants), necessary equipment, and the requirements for the roles of the different participants, are all discussed in a clear and concise manner, as is the relevance of contacting the ancestors, the dead and the appropriate gods, including the goddesses Freyja and Hel, and the Allfather god Odin.

As befits such an inspirational book, the author provides both the relevant background information for the eleven rites contained within, together with explanations of their inclusion and purposes. The rites emanate practical effectiveness, a result of their regular use over many years for successful exploration of the mysteries of trance prophecy, the High Seat rite and Norse witchcraft. "This is a spiritual journey laid bare for an audience who are either already treading a similar path or are looking for guidance in order to follow a well trodden path to a similar end point."

About the Author:
Katie Gerrard is a writer, researcher, and workshop facilitator with a passion for the magic of Seidr and the Runes. She has been studying the different forms of norse magic and working with norse gods since discovering them in the 1990s.

Katie is also the author of Odin's Gateways (about working with the runes) and the forthcoming The Gate is Open (about Seidr and Northern tradition magical techniques), both publised by Avalonia Books. An essay on the High Sear Rite written by Katie Gerrard appeared in the Avalonia anthology 'Priestesses, Pythonesses, Sibyls'. She also regularly hosts seidr and other seer and norse rites within the London (UK) area.
Read more
Other Formats: Paperback 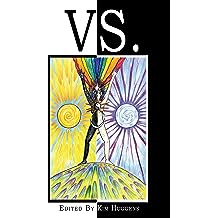 "Relationship cannot be created without duality: we are divided for love's sake, for the chance of union..."

Vs. is a unique collection of twenty-one essays exploring the dynamic and wide-ranging nature of duality in magic, paganism and folklore, from polarity to paradox to opposition to friction to union. The essays by magicians, witches, folklorists, sorcerors, Norse and vodou practitioners, weave together diverse threads of wisdom, knowledge, experience and inspiration into a tapestry of fallen angels, heroes, gods, goddesses, fairies, lwa, dreams, myths and stories. The significance of the interplay between two disparate or similar powers is explored through the relationship of divine twins, siblings, lovers and enemies in a variety of different pantheons and tales, from Cain and Abel to Lilith and Eve, from Shiva & Shakti to Inanna and Dumuzi, from Perseus and Andromeda to Ares and Hephastus. The union of divine and mortal is another powerful theme explored in this book, both through the hieros gamos (sacred marriage) and the maryaj (Vodou spirit marriage) where a person weds one of the lwa. Vs. also explores the theme of self and other, as experienced both in ritual techniques for trance and dreaming, and in social commentaries on the diversity of beliefs within the modern esoteric revival such as Wicca, Sorcery and Neopaganism. Vs. covers a span of thousands of years, from ancient writings such as those of Plato and Gnosticism to the modern works of twentieth century magicians such as Austin Osman Spare and Dion Fortune. From the wisdom of the Emerald Tablet to the tales of the Mabinogion, Vs. challenges you in numerous ways to accept diversity and strive for the union of perfection.

"I am the voice whose sound is manifold and the word whose appearance is multiple. " Thunder, Perfect Mind, 3rd century CE

The Tale of the Twins by Trystn M. Branwynn
Gods of Light and Darkness by Michael Howard
Toads and Diamonds by Chrissy Derbyshire
Constellations by Payam Nabarz
Vodou Maryaj by Sophia Fisher
Recognition of the Divine by Ellie Horne
The Divine Human by Rachel Donaldson
A Lantern to the Cave by Guy Gaunt
Sun and Moon by Emily Carding
Sir Gawain And the Green Knight by Katherine Sutherland
The Momentum of Polarity by Gareth Gerrard
Marassa Dossou-Dosa by Kim Huggens
Brothers at Arms by Magin Rose
Riders upon Swift Horses by Karen F. Pierce
The Scorpion & the Bridal Bed by Vikki Bramshaw
Inanna and Ereshkigal by Sophie Nusslé
Are Freyja and Frigga the Same Goddess? by Katie Gerrard
Hidden Children of The Great M/Other by Melissa Harrington
Polarity Magick by Diane M. Champigny
Exoteric Neopaganism by Jon Hanna
Coniunctio by Frater Jonathan Carfax
Of the Nature of the Soul by Plato
Read more
Other Formats: Paperback