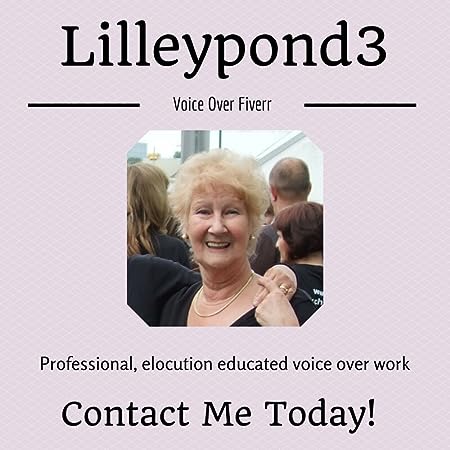 Hello, My name is Joy Gerken,pen name Joy M. Lilley I write/blog[joymlilley.blogspot.ca] and was a trained nurse, all my working life, until I retired in 2015.

My first novel is 'Figs, Vines and Roses' a tale of love and loss at the turn of the nineteenth century.

My second novel is called 'The Liberty Bodice'.This is a completely different genre to the first novel and follows the trials and tribulations of a young girl working for the Special Operations Executive[S.O.E.]in W.W.2.

In 2016 my novella 'Times pendulum swings again' was published. This tells of a hospital romance that starts well, until the truth about the surgical registrar admitting to his nurse girlfriend that he is married with two sons back home in Nepal.

I am hoping to release my forth publication 'Strawberry moon' a crime, mystery set in the Dordogne, France. 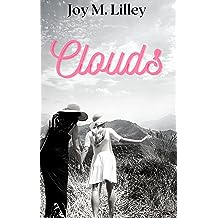 Clouds 27-Jun-2021
by Joy Lilley
( 1 )
£2.15
This story tells of a mother and daughter Judy, eight years old left to fend for themselves after father is killed in WW2.
Life was hard in those post war years and mother was forced into finding unsavoury ways for their survival.
They were living in Switzerland, a place Judy loved with the mountains and meadows allowing the freedom she and her mother craved.
The clouds theme runs throughout the story depicting the various moods of their journey to a better and safer life.
Read more
Other Formats: Paperback 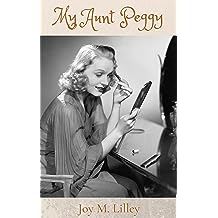 My Aunt Peggy 12-May-2021
by Joy Lilley
( 1 )
£1.44 £5.44
This story written by the protagonists niece is an insight to a lady with little education or hope of achievements and success in her life.However she bucked the trend and achieved much in life. Her family loved her dearly and cared about her right up to the last.She achieved more in becoming a constant winner of bowls tournaments a game she dearly loved.She also won the hearts and minds of many celebrities in the forties, when she worked at the famous Pinewood film studios in Britain. Many gave her their signed black and white photographs.Auntie Peggy was an engaging character to most and an adversary to a few.As you turn the pages you will be laughing and crying at some events of this intrepid lady’s life.
Read more
Other Formats: Paperback 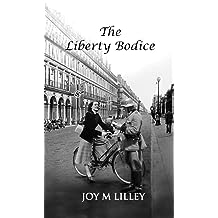 The Liberty Bodice 22-Feb-2018
by Joy M. Lilley, Melissa Caudle, Geoffrey West, Julia Gibb
( 9 )
£2.17 £10.52
Gloria Harris is born in Market Harborough in the United Kingdom, in 1922. She spends the first few years of life living with her parents and grandfather. Her siblings, an older sister and twin brothers, also share the household. The relationship between Gloria and her mother is strained much of the time.

The early days of her life are spent in considerable poverty, so much so that Gloria and her sister are sent away to Northern Ireland to be with their aunt and uncle, who are more affluent than their parents, due to the improving circumstances for the farming community in Ireland. Her aunt and uncle have a smallholding, and keep a few animals and poultry that provide them with eggs and milk: the land produces enough fresh vegetables for themselves and for sale at the local market. Gloria and her sister Ann are made to work hard during this time, helping out on the farm and with the household chores. Their aunt and uncle have no children and are not particularly kind to the girls. The sisters have to stay in Ireland much longer than they had been led to believe they would, and it is several years before they come home.

On their return to Market Harborough they discover that their brothers have both been in considerable trouble, one having made a girl pregnant and the other having stolen from his employer. Gloria realises that these circumstances were part of the reason why the girls had to stay away for so long.

At the age of sixteen Gloria is sent to France on a student exchange, where she stays in Nancy with the well-to-do family of Chantelle Valvoire, whom she befriends. Gloria has a penchant for languages and these talents are vastly enhanced during this period, when she speaks almost exclusively in French. She also loses her virginity to a dashing Frenchman and is terrified of pregnancy, but after she returns home,to her great relief, the putative pregnancy comes to an end. As a result of this experience she vows to have nothing more to do with men until she is older. This resolve soon weakens when she meets Geoffrey, a school teacher from London whom she encounters on the journey back from France.Once home, Gloria practices her love of languages in some form or another on most days,regularly enjoying conversing with her sister’s Dutch boyfriend,who helps and encourage her linguistic achievements. He teaches French and German at the school she attended.

The Second World War begins and Gloria does her bit for the war effort by working on the land after leaving school. But she is restless,anxious to play a much more active role in fighting for her country. After hearing an appeal from the Home Office for foreign language experts to work abroad, she finds out all she can about joining the Special Operations Executive (SOE).After some considerable time she secures an interview to join what became known as ‘Churchill’s secret army: the S.O.E. Her family are horrified at what their youngest daughter is letting herself in for and try their best to dissuade her, unsuccessfully.

After going through the rigid and arduous training to become an S.O.E. officer, she is sent into occupied France,where she is involved in a number of successful missions. Eventually she is captured by the Gestapo and sent to Fresnes prison in Paris,then on to the notorious Dachau Concentration Camp. In both places she is treated appallingly, being starved and tortured, and to avoid the likelihood of her inevitable death,she hatches a plan of escape.After doing so she has many trials and tribulations, after which she finally meets the brave Résistance leader and accomplished navigator,Sabien. He acts as guide for Gloria and some other stragglers through war-torn France and helps them back to England.Her feelings for him gradually turn from hate to love and they marry on the journey home.
Read more
Other Formats: Paperback 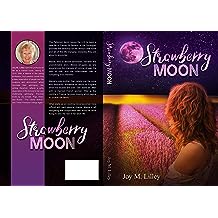 Strawberry moon 30-Sep-2020
by Joy M. Lilley, Joy Gerken, Chris O'Brien
( 6 )
£3.84 £11.50
The Patterson family leaves the U.K. to begin a new life in France. St Severin, in the Dordogne, provides the backdrop for the family's new home and all of the life-changing obstacles they are about to encounter. Maisie, who is almost seventeen, narrates this unpredictable story. Maisie struggles as she experiences the changes of coming of age, the pain of loss, and the rollercoaster ride of competing love interests. Maisie's older brother, Dan, rebels over the move and frequently threatens to return to England when his studies are over. Dan starts an affair with a married French woman. After a few months in France, he goes missing which begins to unravel the family. What starts as an exciting move becomes more difficult with each passing chapter. Maisie is left navigating this complicated new world, all while trying to plan the rest of her adult life.
Read more
Other Formats: Kindle Edition , Paperback 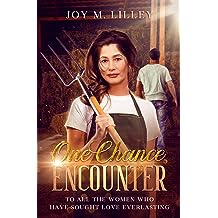 One Chance Encounter 07-Feb-2020
by Joy Lilley, Melissa Caudle
( 4 )
£2.32 £6.98
Two strangers, a UK married woman and an American movie star meet and said hello. Their hello turned into an online relationship. The online relationship turned into a wanting to see each other again. The desire for one chance encounter turned into something no one could imagine. Morya, a romantic at heart, meets a mysterious stranger, and her life would never be the same. Would fate or destiny lead her to one chance encounter?
Read more
Other Formats: Paperback 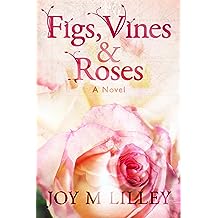 In 1888 eight-year-old Issy Merryweather has a comfortable family life in Cobnut Hall, Derby. Sharing carefree summers with her brother Clarence, beloved dog Molly and cherished grandma Ella, Issy enjoys the freedom of childhood innocence. But as she comes of age a move to Kent changes her life forever.

When Issy meets Terence she is enraptured by him and despite his humble background an inseparable bond is formed in secret. But, it’s a secret which Issy will never escape after a heartbreaking turn in events…