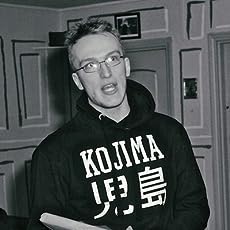 Follow to get new release updates and improved recommendations
Joseph Sale is an editor, novelist, writing coach and co-host of Monaghan & The Mindflayer. His first novel, The Darkest Touch, was published by Dark Hall Press in 2014. He currently writes and is published with The Writing Collective. He has authored more than ten novels, including his Black Gate trilogy, and his love-letter to fantasy: Save Game. He grew up in the Lovecraftian seaside town of Bournemouth.

He edits non-fiction and fiction, helping fledgling authors to realise their potential. He has edited some of the best new voices in speculative fiction including Ross Jeffery, Emily Harrison, Christa Wojciechowski, and more. His short fiction has appeared in Tales from the Shadow Booth, edited by Dan Coxon, as well as in Idle Ink, Silver Blade, Fiction Vortex, Nonbinary Review, Edgar Allan Poet and Storgy Magazine. His stories have also appeared in anthologies such as Lost Voices (The Writing Collective), Technological Horror (Dark Hall Press), Burnt Fur (Blood Bound Books) and Exit Earth (Storgy). In 2017 he was nominated for The Guardian's 'Not The Booker' prize.

You can get an eBook copy of The Meaning of the Dark for free, along with other goodies, by signing up to his mailing list The Mind-Palace at themindflayer.com
Read more 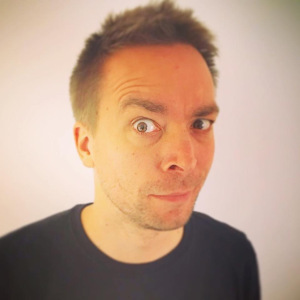 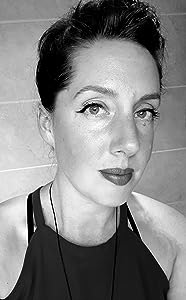 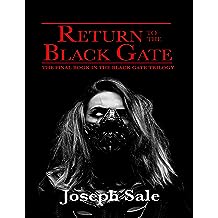 Return to the Black Gate 24-Feb-2020
by Joseph Sale
( 3 )
£0.79 £12.99
Clone Smiley has vanished. No one knows where he has gone. With the dark of the Origin-verse now awake, something moves across the multiverses, destroying all it touches. One by one, each universe falls, its defenders shattered. Soon, it will reach our world, and then there will be nothing left. From the far corners of the multiverse, a desperate group gathers, the only hope of saving existence itself now resting on the shoulders of killers, psychopaths, prophetesses, and a broken man. Return To The Black Gate is a story of loss and unlikely love, of the battles we fight to hold onto what little we have, and a vision of an end-times never-before-imagined. Where Gods of the Black Gate was a crime-thriller, and Beyond The Black Gate was a sword and sorcery epic, Return To The Black Gate is a harrowing war-story; a tale of despair and heroism in the face of unimaginable horror.
Read more
Other Formats: Paperback 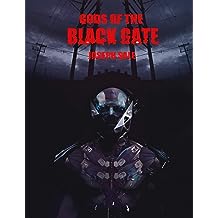 Gods of the Black Gate 06-Nov-2018
by Joseph Sale
( 8 )
£0.55 £9.99
“There are those who bow to darkness. And there are others to whom darkness bows.” In 2060 Caleb Rogers and his partner Tom Marvin put away one of the most dangerous serial killers Texas has ever known: Craig Smiley, an ex-infantry mental patient who believes he can summon seven gods through a series of disturbing rituals. Caleb and Tom secured him a life sentence in Mars's toughest prison. They thought the whole thing was finished. But when Smiley escapes the prison seven years later and sets out once again on his insane mission, Caleb and Tom are sent to Mars to track him down. Both cop and criminal are determined to finish what they started. Only the criminal will stop at nothing. Gods of the Black Gate is part thriller, part supernatural horror, part sci-fi blockbuster and at its heart: a journey of spiritual descent.
Read more
Other Formats: Paperback 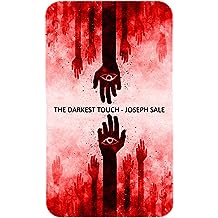 Gifted with powers beyond reckoning, the Touched have inherited the after world, instating their own notion of order, and killing all who oppose their rule.

But rebels are gathering, along with strange voices that sound in the deep, and the dark city is about to go even darker.
Read more
Other Formats: Paperback 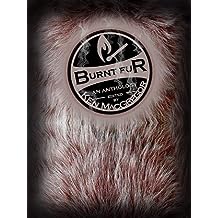 There are no good boys in this anthology, only twisted, deviant, and burnt encounters with animals, humans, and creatures that blur the line between the two.

Slip into your Fursona and ride the dark wave of horror that is Burnt Fur.

You may never go back to wearing your normal skin again! 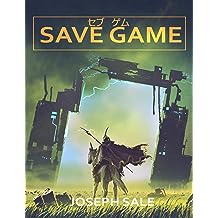 Save Game 01-Nov-2019
by Joseph Sale
( 13 )
£2.09 £9.99
Levi Jensen is, by all accounts, a loser. He failed sixth-form, never got to university, and works at a no-future fast-food restaurant. The only thing he’s good at is gaming. When his father starts dying of a new type of cancer, only treatable privately and at impossible expense, Levi’s one hope of saving him becomes the million-dollar cash-prize for winning the dark-fantasy video-game Fate of Ellaria. But Levi isn’t the only one with motivations beyond money for winning. And the price of success in Fate of Ellaria might mean the destruction of what little he has left in the real world. Save Game is a heart-breaking story of an underdog against all odds, as well as a love-letter to the beauty of video-games. Inspired by the amazing and eclectic everyday people who inhabit the gaming world, and the pain of their real-world lives, Save Game aims to show the courage of those who feel they’ve got no place in reality.
Read more
Other Formats: Paperback 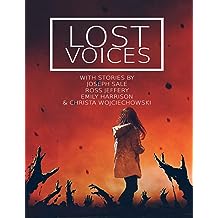 Lost Voices 26-Nov-2019
by Joseph Sale , Ross Jeffery , Christa Wojciechowski , Emily Harrison
( 3 )
£2.37 £9.99
Lost Voices is a horror collection of tales left by the wayside: stories recorded on abandoned VHS tapes, horrors found in lifeless towns, voices silenced by the encroaching darkness. Born from a conversation about screwed up stories that’d been rejected from various anthologies, magazines, and callouts for being too weird, freaky, and dark, Lost Voices dredges these lost tales from a past better forgotten. Featuring twelve dark tales by Joseph Sale, Emily Harrison, Christa Wojciechowski and Ross Jeffery, Lost Voices promises to push the boundaries of what horror can be and do. Foreword by Steve Stred.
Read more
Other Formats: Paperback 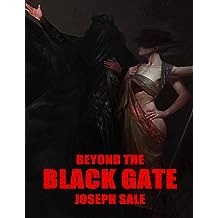 Following on from the events of Gods of the Black Gate. Craig Smiley was once one of the most dangerous serial killers the world had ever known. He killed in the name of seven dark gods. Now, betrayed and offered up as a sacrifice by the very deities he served, Smiley finds himself transported to a mysterious realm beyond the Black Gate. On a quest for revenge, and possibly redemption, Smiley will face the gods that made him, and kill for the very last time.
Read more
Other Formats: Paperback 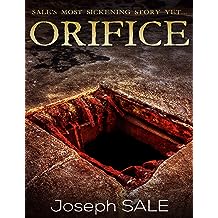 Driven there by flooding caused in a violent storm, four hapless travelers seek refuge in the town’s only hotel, and for a while, as the storm calms and the river waters sink, everything seems like it’s going to be ok.

Just when it’s time for the travelers to return to reality, however, Pitwell decides to show its true colours…

Sale’s most sickening story yet: Orifice is a classic ‘creepy town’ tale re-invented for the modern era. Full of savage imagery and traumatizing scenes, this will give even the most diehard horror fan palpitations.
Read more
Other Formats: Paperback 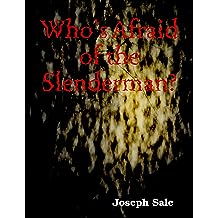 Who's Afraid of the Slenderman? 04-Nov-2013
by Joseph Sale
( 1 )
£1.49 £5.00
“They say that he is beyond time. That he has appeared in previous ages as the reaper, that you can see him in the shadows of paintings, that you can read him in the lines of poetry throughout the ages, that he is the dark man in Poe’s ‘Masque of the Red Death’, that he came to people of the Dark Ages and they called him Grendel, and he came to every age clad in the attire of noblemen of the time, and that he is always there: an unwelcome shadow, a faceless haunting, a slender man.”

Everyone seems to be afraid of ‘The Slenderman’ apart from Private Investigator Joe Slater, who doesn’t believe in him. But when the case of a client employs him to find the murderer of her husband, he is thrown into the dark maelstrom surrounding this figure. Not sure whether he is hunting, or being haunted by his enemy, Slater must answer the question no other mind has been able to. The question of why...
Read more
Other Formats: Paperback 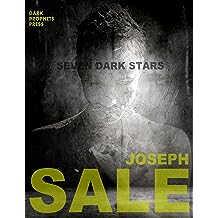 Seven Dark Stars is a new collection of horror fiction from the author of The Darkest Touch that looks to explore the glowing truth that burns hidden amidst the darkness in our lives. Inspired by the great horror authors of the past and present such as H.P. Lovecraft, Stephen King, and Harlan Ellison, this collection features the dark novella Grim: the story of Blake MacTire, a detective in the slums of Birmingham who's confronted by a killer that believes his dead mother is alive again at the bottom of a lake. Blake's sure it's nonsense – only he's seen something in the lake too. Something awful and familiar. And it wants him.

Alongside this longer tale are six short stories, each one casting light on things hidden in the abyss of our psyche. This book is sure to frighten, enlighten, and hold you until the final page.
Read more
Other Formats: Paperback 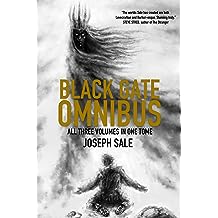 Black Gate: Omnibus (Nekyia Book 3) 07-Jun-2020
by Joseph Sale
( 1 )
£2.00 £16.99
For the first time, hold the complete Black Gate trilogy in one volume, including Gods of the Black Gate, Beyond the Black Gate and Return to the Black Gate. Follow the story of Craig Smiley, a merciless killer and servant of seven dark gods, on his quest for escape, revenge, and ultimately: redemption. Smiley’s journey will take him from the high-security prison facilities of Mars, to the wildernesses of Texas and Louisiana, and to fantastical worlds beyond imagination and horror. Described as “Barker-esque”, “Lovecraftian”, and yet “a genre all of its own”, experience this epic series in its entirety like never before.
Read more
Other Formats: Paperback 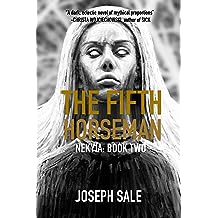 The Fifth Horseman (Nekyia Book 2) 08-Jul-2020
by Joseph Sale
( 1 )
£1.99
Following on from the events of Four Horsemen, the harbingers of the end-times have been summoned to a mysterious shadow city: Dr Monaghan, The Taking Man, Yin the Dark Magician, and above them all: The Prince. Against each of these madmen stands an opposite, a mirror, but like the illusions cast by Yin, the visions seen by The Prince, the mask worn by Dr Monaghan, and the gifts The Taking Man has stolen: nothing is as it seems. Why these strange beings have been summoned to such a city is as much a mystery as when and where this strange landscape is situated. All anyone knows is that the megalomaniac Prince is now in charge. But not for much longer… The Prince seeks to find a way out of the tormenting city back to the ‘real world’, but not everyone supports his mad scheme. There are dissenters, voices in the city’s stone, souls in the thunderheads, and something terrible beneath the pyramid – which The Prince has made his throne – something which only lunatics dream of. The only hope that remains to save the true and good people in this lost city is in the coming of the Fifth Horseman. But who or what is the Fifth Horseman? And can they really stop the dark alliance of the four?
Read more