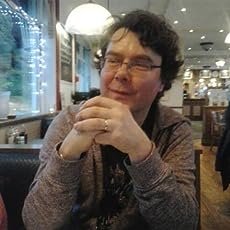 Follow to get new release updates, special offers (including promotional offers), and improved recommendations.
Jonathan Taylor is a novelist, memoirist, short-story writer, poet, critic and lecturer. He is author of the novels Melissa (Salt, 2015), and Entertaining Strangers (Salt, 2012), and the memoir Take Me Home: Parkinson's, My Father, Myself (Granta, 2007). His first poetry collection is Musicolepsy (Shoestring, 2013), and his short story collection is Kontakte and Other Stories (Roman Books, 2013). He is editor of the anthology Overheard: Stories to Read Aloud (Salt, 2012). His second poetry collection, Cassandra Complex, will be published by Shoestring Press in Autumn 2018.

Born and raised in Stoke-on-Trent, Jonathan now lives in Leicestershire, UK, with his wife the poet Maria Taylor, and their twin daughters. 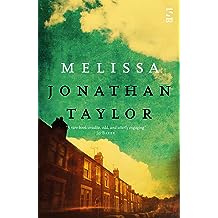 Melissa is set in 1999-2000. At roughly 2pm on 9th June 1999, on a small street in Hanford, Stoke-on-Trent, a young girl dies of leukaemia; at almost the same moment, everyone on the street experiences the same musical hallucination. The novel is about this death and accompanying phenomenon – and about their after-effects, as the girl's family gradually disintegrates over the following year. 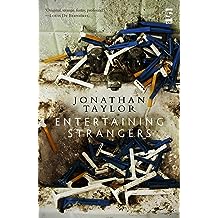 Entertaining Strangers 05-Feb-2013
by Jonathan Taylor
( 8 )
£1.66 £9.99
Shortlisted for the 2013 East Midlands Book Award Entertaining Strangers is a tragi-comedy about the eccentric Edwin Prince - a depressive intellectual obsessed with high culture and ants - and the mysterious, homeless narrator Jules, who gradually unravels Edwin's impossible relationships with his landlady, neurotic mother, psychotic brother, domineering ex-wife, dead grandfather and, above all, his ant-farm. At the same time, Jules continually experiences traumatic memories full of fire and water, and gradually a terrible pre-history emerges from beneath all of the other stories, which seems somehow to shape both Jules's fiery dreams and Edwin's obsessions - a great fire, massacre and one girl's drowning in Smyrna, 75 years earlier.
Read more
Other Formats: Paperback 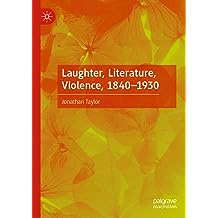 Laughter, Literature, Violence, 1840–1930 04-Feb-2019
by Jonathan Taylor
£51.99
Laughter, Literature, Violence, 1840-1930 investigates the strange, complex, even paradoxical relationship between laughter, on the one hand, and violence, war, horror, death, on the other. It does so in relation to philosophy, politics, and key nineteenth- and twentieth-century literary texts, by Edgar Allan Poe, Edmund Gosse, Wyndham Lewis and Katherine Mansfield – texts which explore the far reaches of Schadenfreude, and so-called ‘superiority theories’ of laughter, pushing these theories to breaking point. In these literary texts, the violent superiority often ascribed to laughter is seen as radically unstable, co-existing with its opposite: an anarchic sense of equality. Laughter, humour and comedy are slippery, duplicitous, ambivalent, self-contradictory hybrids, fusing apparently discordant elements. Now and then, though, literary and philosophical texts also dream of a different kind of laughter, one which reaches beyond its alloys – a transcendent, ‘perfect’ laughter which exists only in and for itself.
Read more
Other Formats: Hardcover