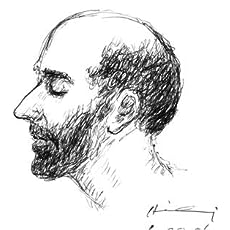 Follow to get new release updates, special offers (including promotional offers), and improved recommendations.
Joel Marks is professor emeritus of philosophy at the University of New Haven ("UNH"). He received the B.A. in psychology from Cornell University and the M.A. and Ph.D. in philosophy from the University of Connecticut ("UConn"). Between his stints at UConn and UNH, Marks also taught at the Portland (Maine) School of Art, St. John Fisher College, and the University of Rochester. In addition to the authored and edited books of philosophy shown at this site, Marks co-edited a scholarly Festschrift of the musical humorist Gerard Hoffnung with David E. E. Sloane in 1992 (Essays in Arts and Sciences, vol. 21). Marks has written numerous articles for professional journals and scores of op-eds and columns for newspapers and magazines on both ethics and astronomy (sharing, as he does, Immanuel Kant's "ever new and increasing admiration and awe [of] the starry heavens above ... and the moral law within ....)." Since 2000 Marks has been a regular columnist for Philosophy Now magazine. In addition to his own speaking engagements, Marks has organized and chaired scores of symposia, panels, and colloquia. For many years Marks also hosted an interview program on radio station WNHU, 88.7 FM, West Haven, Connecticut. Marks's main areas of scholarly interest are theoretical and applied ethics, and both have come together recently in his thinking about animal ethics. Marks is currently a Bioethics Center Scholar at Yale University. His Website is www.moralmoments.com. 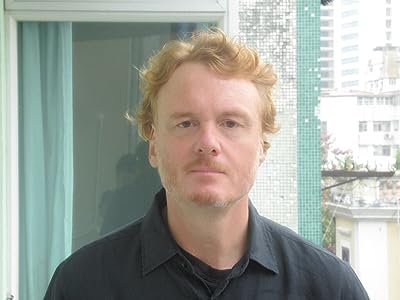 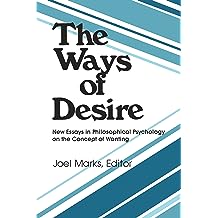 First Published in 2017. Routledge is an imprint of Taylor & Francis, an Informa company. 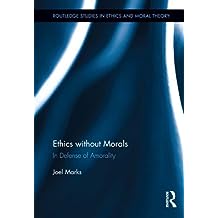 In this volume, Marks offers a defense of amorality as both philosophically justified and practicably livable. In so doing, the book marks a radical departure from both the new atheism and the mainstream of modern ethical philosophy. While in synch with their underlying aim of grounding human existence in a naturalistic metaphysics, the book takes both to task for maintaining a complacent embrace of morality. Marks advocates wiping the slate clean of outdated connotations by replacing the language of morality with a language of desire.

The book begins with an analysis of what morality is and then argues that the concept is not instantiated in reality. Following this, the question of belief in morality is addressed: How would human life be affected if we accepted that morality does not exist? Marks argues that at the very least, a moralist would have little to complain about in an amoral world, and at best we might hope for a world that was more to our liking overall. An extended look at the human encounter with nonhuman animals serves as an illustration of amorality’s potential to make both theoretical and practical headway in resolving heretofore intractable ethical problems. 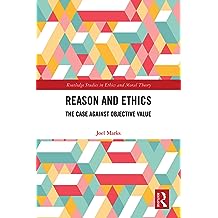 Reason and Ethics defends the theoretical claim that all values are subjective and the practical claim that human affairs can be conducted fruitfully in full awareness of this.

Joel Marks goes beyond his previous work defending moral skepticism to question the existence of all objective values. This leads him to suggest a novel answer to the Companions in Guilt argument that the denial of morality would mean relinquishing rationality as well. Marks disarms the argument by conceding the irreality of both morality and logic, but is still able to rescue rationality while dispensing with morality on pragmatic grounds. He then offers a positive account of how life may be lived productively without recourse to attributions and assertions of right and wrong, good and bad, and even truth and falsity.

Written in an accessible and engaging style, Reason and Ethics will be of interest to scholars and students working in metaethics as well as to the generally intellectually curious. 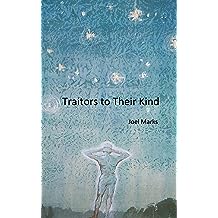 Traitors to Their Kind 30-May-2017
by Joel Marks
( 1 )
£0.99 £5.24
A distant object is heading toward us, which may be a comet or an alien spacecraft. A decision must be made about how to deflect it or how to greet it. The fate of other species on Earth is complexly tied to the question. Two lovers are caught up in the drama in surprising ways. Debating the issues are astronomers, ethicists, civil servants, and the military.
"Traitors to Their Kind" is a novel about animal ethics and planetary defense -- two topics that may seem worlds apart but which are here brought together by philosopher Joel Marks, an expert in both areas.
Read more
Other Formats: Paperback 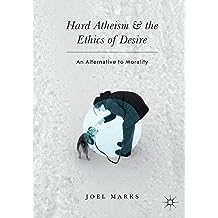 This book challenges the widespread assumption that the ethical life and society must be moral in any objective sense. In his previous works, Marks has rejected both the existence of such a morality and the need to maintain verbal, attitudinal, practical, and institutional remnants of belief in it. This book develops these ideas further, with emphasis on constructing a positive alternative. Calling it “desirism”, Marks illustrates what life and the world would be like if we lived in accordance with our rational desires rather than the dictates of any actual or pretend morality, neither overlaying our desires with moral sanction nor attempting to override them with moral strictures. Hard Atheism and the Ethics of Desire also argues that atheism thereby becomes more plausible than the so-called New Atheism that attempts to give up God and yet retain morality. 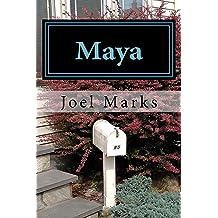 Maya: A Philosopher Considers the World as Illusion 01-Nov-2016
by Joel Marks
( 1 )
£0.99 £4.40
“Philosophy begins in wonder. Philosophy begins in suffering.” So begins this exploration of the mystery of the universe and its implications for our lives. A central theme is that what we normally consider to be reality is an illusion. Our most fundamental beliefs are false – about God, morality, free will, the self, even the familiar features of everyday life. Quoting the book: “Not a single headline in the newspaper, not a single utterance about the most commonplace circumstance, not a single perception, not a single feeling is what it seems.” What then? The book’s conclusion is that a more clear-eyed view of the world, while not promising ultimate salvation from the tragedies and burdens of life, does have certain practical advantages for lessening them, and also offers the “philosophical consolation” that the universe is wondrous.
Read more
Other Formats: Paperback 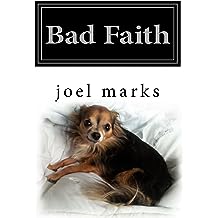 Bad Faith: A Philosophical Memoir 28-Apr-2013
by Joel Marks
( 4 )
£0.99 £6.52
An autobiographical account of a philosopher’s fall from innocence, Bad Faith relates the author’s discovery of the God-like nature of morality and his realization that a self-styled atheist such as himself could therefore no longer believe in it. The book describes in detail what the author’s life was like both immediately before and immediately after this “anti-epiphany.” Proceeding from secular morality to secular amorality, the transformation was every bit as traumatic for this earnest moralist as the loss of belief in God would be for a devout theist. Yet a new basis for living finally emerges.
Read more
Other Formats: Paperback 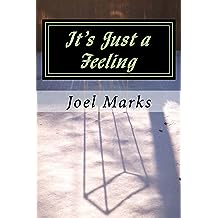 It's Just a Feeling: The Philosophy of Desirism 25-Mar-2013
by Joel Marks
( 6 )
£0.99 £6.59
Written in an engaging style for the general reader, It’s Just a Feeling addresses the fundamental question of ethics: “How shall I live?” The answer it offers is: “In accordance with my considered desires.” This is the philosophy of desirism. The book distinguishes desirism from morality on the one hand and from self-centeredness on the other. Numerous examples drawn from everyday life illustrate desirism in both theory and practice.
Read more
Other Formats: Paperback 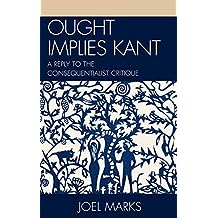 Ought Implies Kant: A Reply to the Consequentialist Critique 16-Jan-2009
by Joel Marks
£41.00 £52.95
Ought Implies Kant offers an original defense of the ethical theory of Immanuel Kant, and develops an extension of that theory's account of moral duty to include direct duties to nonhuman animals. The discussion centers on a critical examination of consequentialism, the view that the rightness or wrongness of an action is determined solely by its consequences. Kantianism, by contrast, claims that the core of ethics is to treat all persons―or, in Joel Marks's view, all living beings―as ends-in-themselves. The consequentialist criterion would seem to permit, indeed require, violating the dignity of persons (not to mention the dignity of other animals) if this would result in a better outcome. This volume treats the consequentialist challenge to Kantian ethics in several novel ways. To begin with, the utilitarian version of consequentialism is delineated and defended by means of a conceptual device dubbed by the author as the Consequentialist Continuum. Marks then provides an exhaustive and definitive exposition of the relatively neglected Epistemic Objection to utilitarianism. While acknowledging the intuitive appeal of utilitarianism's core conviction―that we should always do what is for the best―Marks argues that this is an impossible injunction to fulfill, or even to attempt to fulfill, because all of the relevant results of our actions can never be known. Kantianism is then introduced as a viable alternative account of our ethical obligations. Marks argues that Kantianism is well within the scope of normal human competence and conforms equally well to our ethical intuitions once the theory's proper interpretation is appreciated. However, Kant's own version must be extended to accommodate the rightful moral consideration we owe to nonhuman animals. Finally, Marks employs the notion of a Consequentialist Illusion to explain utilitarianism's hold on our moral intuitions, while developing a form of Consequentialist Kantianism to address them.
An original and penetrating examination of a central debate
Read more
Other Formats: Hardcover