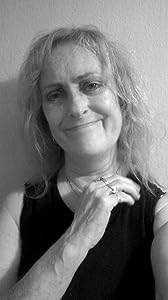 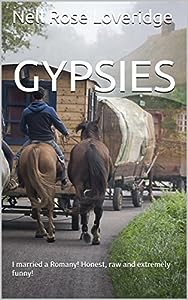 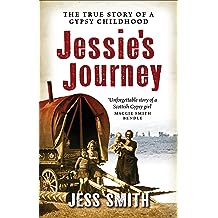 Jessie's Journey: Autobiography of a Traveller Girl 05-Apr-2012
by Jess Smith
( 84 )
£3.79
From the ages of 5 to 15, Jess Smith lived with her parents, sisters and a mongrel dog in an old, blue Bedford bus. They travelled the length and breadth of Scotland, and much of England too, stopping here and there until they were moved on by the local authorities or driven by their own instinctive need to travel. By campfires, under the unchanging stars they brewed up tea, telling stories and singing songs late into the night. "Jessie's Journey" describes what it was like to be one of the last of the traditional travelling folk. It is not an idyllic tale, but despite the threat of bigoted abuse and scattered schooling, humour and laughter run throughout a childhood teeming with unforgettable characters and incidents.
Read more
Other Formats: Paperback 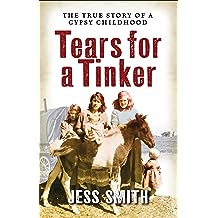 Tears for a Tinker: Jessie's Journey Concludes 21-May-2012
by Jess Smith
( 66 )
£2.84 £7.99
'heart-warming reminiscences' - The Sunday Post. 'Tales tumble out of Jess Smith's head and its her manner of telling them that is so compulsive' - The Scots Magazine. 'Jess skilfully takes her reader into the world of Scottish Travellers in her own down-to-earth, straight-from-the-heart manner. Filled with warmth and humour' - Travellers' Times. In the third and final book of Jess Smith's autobiographical trilogy, Jess traces her eventful life with Dave and their three children, from their earliest years together. Their adventures and achievements are interspersed with stories of her parents' childhood, her father's 'tall tales' and the eerie echoes of ghosts and hauntings that she has heard from gypsies and travellers over many years. Fans of Jess Smith will not be disappointed with her latest memoir, full of more unforgettable characters and insight into the travellers' way of life, a tradition that stretches back more than 2000 years and survives in the rich oral tradition of its people.
Read more
Other Formats: Paperback 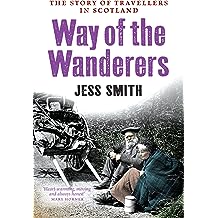 The Way of the Wanderers: The Story of Travellers in Scotland 05-Nov-2012
by Jess Smith
( 39 )
£4.74 £9.99
Jess reveals a way of life that leaves the reader full of admiration' - Mary Horner Scottish Gypsies, known as Travellers or Tinkers, have wandered Scotland's roads and byways for centuries. Their turbulent history is captured in this passionate new book by Jess Smith, the bestselling author of Jessie's Journey and a Traveller herself. Her quest for the truth takes her on a personal journey of discovery through the tales, songs and culture of the 'pilgrims of the mist', who preferred freedom to security, and a campfire under the stars to a hearth within stone walls. The history Jess has uncovered reveals centuries of prejudice and shocking violence by settled society against Travellers, including the enforced break-up of families and separate schooling. But drawing on her own and her family's experiences as they wandered the glens and braes of Scotland, she also captures the magic and rich traditions of a life lived outside conventional boundaries.
Read more
Other Formats: Paperback 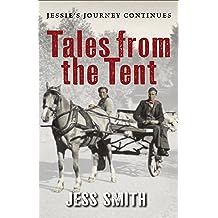 Tales from the Tent: Jessie's Journey Continues 21-May-2012
by Jess Smith
( 77 )
£3.79 £9.99
In Tales from the Tent, Jess Smith - Scottish traveller, hawker, gypsy, 'gan-about' and storyteller - continues the unforgettable story started in Jessie's Journey of her life on the road. Unable to adjust to settled life working in a factory after leaving school, she finds herself drawn once again to the wild countryside of Scotland. Having grown up on the road in an old blue bus with her parents and seven sisters, Jessie now joins her family in caravans, stopping to rest in campsites and lay-bys as they follow work around the country - berry-picking, hay-stacking, ragging, fortune-telling and hawking. Making the most of their freedom, Jessie and her family continue the traditional way of life that is disappearing before their eyes, wandering the roads and byways, sharing tales and living on the edge of 'acceptable' society. Intertwined with the story of Jessie's loveable but infuriating family, incorrigible friends, first loves and first losses are her 'tales from the tent', a collection of folklore from the traveller's world, tales of romance, mythical beasts, dreams, ghostly apparitions and strange encounters.
Read more
Other Formats: Paperback 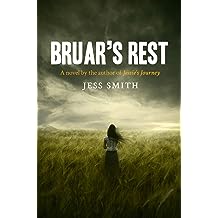 Bruar's Rest 15-Feb-2012
by Jess Smith
( 47 )
£4.69
Bruar's Rest is an epic tale of love and loyalty set against the backdrop of World War One. The story opens in the Highlands at the beginning of the twentieth century. The gypsy wife of wild drunkard Rory Stewart dies giving birth to their second son. Many years pass, and Rory and his sons are rootless travellers on the roads of Scotland. One night, during a winter storm, they save another traveller family from freezing to death in a blizzard. Bruar Stewart and one of the girls he rescues, the hot-blooded and beautiful Megan, fall in love. But the First World War is declared, tearing their lives apart. Bruar is reported missing in action, and Megan sets off on a long and perilous journey to find him...An epic tale of love and loyalty by the author of the spellbinding autobiographical trilogy, Jessie's Journey.
Read more
Other Formats: Hardcover , Paperback 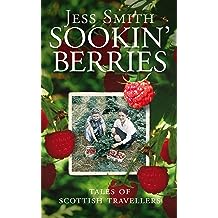 Sookin' Berries 12-Jul-2013
by Jess Smith
( 19 )
£3.99
Introducing "Sookin' Berries", her collection of stories for younger readers, Jess Smith writes: 'I have been a gatherer of tales for most of my life, and I suppose it all began when I was a wee girl. I shared a home with parents, seven sisters and a shaggy dog. It could be said that I lived a different sort of life from most other children, because 'home' was an old blue bus. We were known as tinkers or travellers, descendants of those who have wandered the highways and by ways of Scotland for two thousand years'. Acclaimed for her autobiographical trilogy, "Jessie's Journey", Jess is on a mission to pass on the stories she heard as a girl to the young readers of today.'If you are aged from around 10 going on 100, then you're a fine age to read, enjoy and hopefully remember forever these ancient oral tales of Scotland's travelling people. What I'd like you to do in this book is to come with me on the road; back to those days when it was time to pack up and get going, and to take the way of our ancestors. I want you to imagine that, as my friend, you are by the campfire listening to the magical Scottish stories that have been handed down through generations of travellers'.
Read more
Other Formats: Paperback