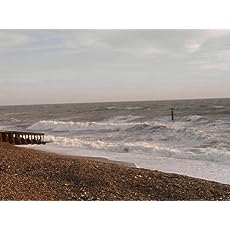 Follow to get new release updates, special offers (including promotional offers), and improved recommendations.
Jason Shaw was born in a sleepy village in Surrey, England sometime at the start of the 70's He has had many a varied and colourful job,incluing cleaning windows, being a clown, a children's entertainer, sampling hotels and farming worms!

He worked for Allied Radio in England for a number of years working on all of their various radio stations, mainly Radio Mercury in Crawley and Guildford.

He has presented a number of corporate videos for many companies.

He regularly writes articles and features for various news based websites and magazines, including, Technorati, The Rainbow Post, BGB as well as his own regular blog Seafront Diary.

He likes chocolate, but adores cheesecake.

He currently lives in Brighton, Sussex and loves nothing more than a long walk along the beach in the rain or snow!
Read more 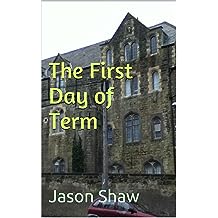 This is the début story of a new series of short works entitled 'five minute fiction' from Jason Shaw.

Fun and entertaining, perfect for a lunch or study break of just those times when you want something short and simple to read.
Read more
Other Formats: Paperback 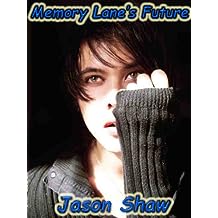 Memory Lanes Future 19-Mar-2012
by Jason Shaw
( 2 )
£2.73 £7.99
Paul is a confident, handsome, successful self-made man, he has a comfortable life, a plush London penthouse apartment overlooking the river, a fast car, a seaside bolt hole and a Miami Beach holiday condo. He's a man with everything going for him, yet suddenly his whole world has turned upside down.

He doesn't know how to deal with it, so races off in his car to his past, hoping that along the way he'll find the strength and ability to face the future......somehow.

This is a vibrant exciting tale of rampant youthful experiences, graphic in nature yet honest and touching. Direct and upfront, yet romantic and loving. 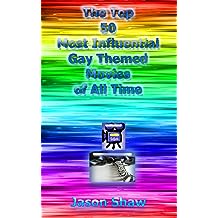 The Top 50 Most Influential Gay Movies Of All Time 29-Feb-2012
by Jason Shaw
( 4 )
£2.05 £6.99
Movies, motion pictures, pictures, cinema, or simply films, it doesn’t matter what name you use for them, for they still reach into our lives. They entertain us in many ways, sometimes they make us laugh, occasionally they scare us and frequently they move us in some form or way. It doesn’t really matter if they scare, make us cry, inspire or change our emotions in some other way, they still reach out from the screen and touch our very lives, it’s in that way they have influence on how or what we actually feel.

The Top 50 Most Influential Gay Themed Movies of All Time explores this to the full in terms of gay movies, that’s movies with or about a gay central character or based around a plot line of subject of particular interest to the gay community. Using a unique scoring method comprised of original box office takings, video and DVD sales, audience numbers, enduring popularity or affection, and how influential its audience deemed it to be. The latter was extracted from thousands of nominations or votes if you will, from cinema lovers around the world, people just like you.

Exhaustive research, time and dedication have been spent on bringing you a comprehensive guide that features the top 50 films using that unique calculation method. Each movie has a complete and honestly frank reviews, plot synopsis and sometimes production notes or inside info. Most entries also include comments a or messages from other film goers from around the world, who voted for the movie they thought had been the most influential. Jason Shaw exhaustively researched this book and compiled it with love, care and dedication.

Although The Top 50 Most Influential Gay Themed Movies of All Time has been written with the gay community in mind, it should not be seen as an exclusively ‘gay’ book! It offers information, insight and entertainment to film watchers and cinema goers from all walks of life. Almost a third of the people who nominated films were indeed straight! It is inclusive rather than exclusive, entertaining to people from all walks of life, from every background, every sexuality or ethnicity, just the way life should be.
Read more
Other Formats: Paperback