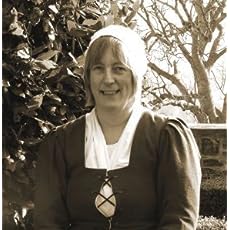 Follow to get new release updates, special offers (including promotional offers), and improved recommendations.
The Jesuits say 'give me a child until they are seven and I will show you the man', or woman of course. When I was seven I spent my time making up impossibly large families in 'my famerley book' (spelling was not a strong point). I also wrote long stories or played complicated, extended games of schools. Although I enjoyed 'dressing up', I hadn't yet started donning period costume but most other aspects of my current life were there in embryonic form.

I am a social, community and family historian and lecture across the English speaking world on these topics. This is also the focus of my writing. I spend time as my alter ego, Mistress Agnes, living in the sixteenth and seventeenth centuries, working as part of the Swords and Spindles team https://swordsandspindles.wordpress.com/. My book Coffers, Clysters, Comfrey and Coifs: the lives of our seventeenth century ancestors, emerged out of this experience. My main focus is on the day to day lives of ordinary people, particularly women. In 2014, helped 80 ladies to write their memories of the pivotal period 1946-1969, which became the book Remember Then: memories of 1946-1969 and how to write your own.

It is only recently, that I was persuaded to return to fiction writing, something that I had not done since my angst-ridden teenage years. Blue Poppy Publishing produced Barefoot on the Cobbles for me in 2018. The story is based on a real scandal that lay hidden for nearly a century and includes murder, shipwrecks, disease and some lighter moments! Rooted in its unique and beautiful geographical setting, here is the unfolding of a past that reverberates unhappily through the decades and of raw emotions that are surprisingly modern in character. http://bit.do/bfotc will tell you more.

My second novel Sins as Red as Scarlet, is also based on a real tragedy that took place in Devon, this time in the seventeenth century. Here we find, plague, war, religious dissent that form the backdrop to accusations of witchcraft. There is also a modern strand to this book, in which 16 year old Martha researches the history of her town and its inhabitants, finding parallels in her own life as she does so.

As historian for The Braund Family History Society I have immersed myself in the origins, genealogy and biography of this west country family and have written several books about them. I also research my own family history, with an emphasis on putting the lives of my ancestors into a wider context. I am responsible for the latest edition of the classic family history handbook Family Historian's Enquire Within.

You can read about my chaotic historical life on the blog at Latest News from the History Interpreter do click 'follow' if you want to keep up to date. http://thehistoryinterpreter.wordpress.com/ You can also follow me on Twitter @JanetFew but be warned, I have no idea where I am going.
Read more 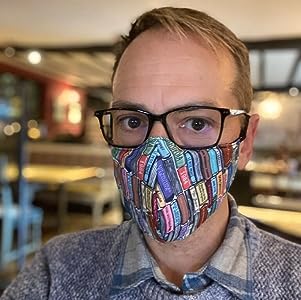 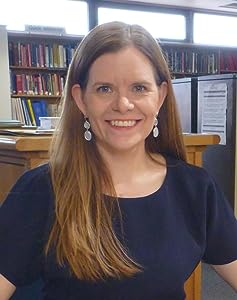 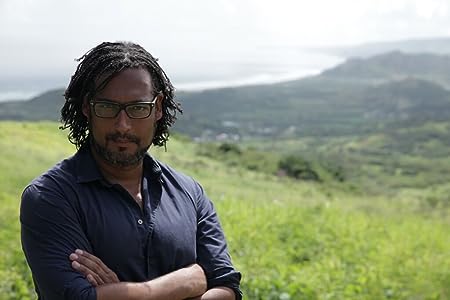 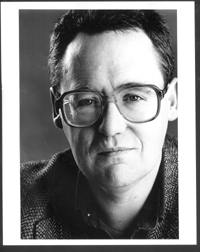 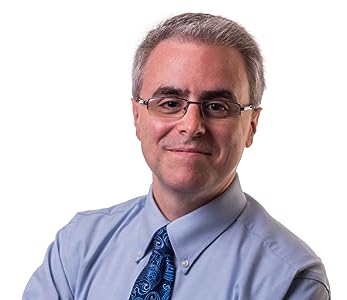 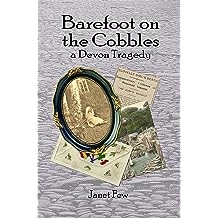 Barefoot on the Cobbles: a Devon tragedy 17-Nov-2018
by Janet Few
( 29 )
£4.99 £8.99
In the euphoria of the armistice a young woman lay dying. Daisy had grown up, barefoot on the cobbles, in a village on the rugged North Devon coast; she was mindful of the perils of the uncertain sea. Her family had also been exposed to the dangers of disease and the First World War but for Daisy, it was her own mother who posed the greatest threat of all. What burdens did that mother, an ordinary fisherman’s wife, carry? What past traumas had led, inexorably, to this appalling outcome?
Vividly recreating life at the dawning of the twentieth century, Barefoot on the Cobbles is based on a real tragedy that lay hidden for nearly a hundred years. Rooted in its unique and beautiful geographical setting, here is the unfolding of a past that reverberates unhappily through the decades and of raw emotions that are surprisingly modern in character.
For more information see http://bit.do/bfotc
Read more
Other Formats: Audible Audiobooks , Paperback 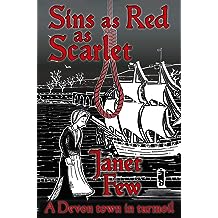 Sins as Red as Scarlet: a Devon Town in Turmoil 29-Aug-2020
by Janet Few
( 11 )
£4.99 £9.99
It is 1682. Across the land, the Age of Reason has begun; scientific thought is ousting superstitious belief. The menacing days of the witchfinder have all but gone. Nevertheless, in Devon’s county town, three impoverished women are approaching the gallows, condemned to death for the crime of witchcraft. They come from the prosperous port of Byddeforde. There we find the rich merchants, the flourishing tobacco warehouses and the bustle of ships setting sail for the Newfoundland cod-banks. Yet, barely hidden, are layers of intolerance and antagonism that have built up over decades. A time of plague, of war, of religious dissent; all of which have fashioned the prejudices and fears of the town’s inhabitants.

In an alternative 2020, sixteen-year-old Martha, herself a bullies’ target, undertakes a school local history project. As she immerses herself in the lives of Bideford’s seventeenth century residents, the intertwining stories of these years are told through the eyes of real people who lived at the time. Probing the motivations and beliefs of Bideford’s seventeenth century residents, Martha comes to understand how past events might lead ordinary people to become the victims, the accusers, or the accused.

Sins as Red as Scarlet is the fictionalised but impeccably researched, unfolding of the history of a town and its inhabitants over forty tumultuous years. We follow Martha’s research as she realises that human nature does not change; intolerance and peer pressure have always exerted their power. Yet there have been and still are, those who stand aside from the bigotry and the victimisation. As the school project draws to a close, Martha finds a new resilience, enabling her to rise above those who seek to demean her. 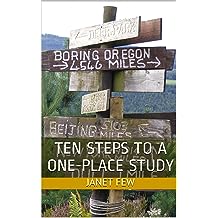 Ten Steps to a One-Place Study 27-Mar-2020
by Janet Few
( 8 )
£5.00
One-place studies are a fascinating blend of family history and local history. This form of micro-research is becoming increasingly popular amongst genealogists and local historians. A one-place study involves investigating a small geographical area in minute detail, researching the inhabitants, the buildings and the institutions within that place, as well as the events that took place there. This booklet is an introductory guide for those who are just starting on their one-place journey and for more experienced one-placers who would like direction or inspiration, or who are seeking a more organised approach to their study.
Read more
Other Formats: Paperback