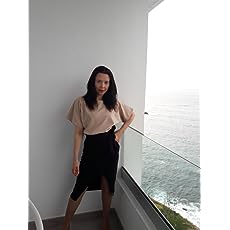 Follow to get new release updates, special offers (including promotional offers), and improved recommendations.
I am a forty nine year old mother of a 11 year old young girl, called Lucy, and I have been writing most of my life. I had always had, a passion for story telling and reading, so much so, that I was teased at school, because I spent so much time in the library! I had a poem published, in 1997, in an anthology of British verse," Passages of Time." The poem, called " Contact" told of that split second moment, when your eyes meet with a stranger, and you feel, something, that you just cannot put your finger one, like a special bond. I have written many other poems since then, some inspired, by my daughter, which I hope one day will want to read. Although she does enjoy literature, her main love is chocolate! Some characters, in my books, are partly based on friends and family. A lot of the darkness in my writing, comes from when my mental health problems, were worse. At one time, I was living on benefits, with hardly any money for food. I have turned my life around and feel so blessed with my career on Amazon, I would like to think my books inspire. My next novel, is about racial issues influenced by " How to kill a Mocking bird." It is out on Amazon kindle now! I have finished a poetry paper back, called "Poetry in Motion," some of the poems I wrote when I was fourteen, the start of my issues. I have also had a interview with a local paper. My daughter, with a little help from me, called, "The Magic Cats!" Lucy is really imaginative wanting to learn as much as she can about publishing novels, she is only eleven! I have now completed the Desolation series, about my female vampires! The fourth and final book is called, "Noir the other side of midnight!" Since then I have finished two more books. One a self help beauty manuel called, "Beauty Mind and Body, " as well as completing, 'The Devil Always Knocks Twice!" Inspired by the cult classic," One Flew Over The Cuckoo's Nest" and "Pandemic," I have entered these in the Amazon Competition! I hope to win! Lucy has recently written her first young adult book The Eriksons a dark Tim Burton style thriller fantasy about twin aliens
I hope you enjoy reading my books! www.janerowebooks.com
Read more 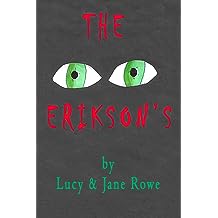 The Erikson's 11-Dec-2020
by Lucy Rowe, Jane Rowe
( 3 )
£1.35 £5.14
The Erikson's is a young adults dark, thriller fantasy book, the story of alien twin brothers and their adventures on earth. Sometimes misunderstood they navigate their life on earth in different ways close yet polar opposites the brothers prove that family bonds are really what bind us. With lots of twists and turns a dramatic ending climaxing in hope over difficulties.
Read more
Other Formats: Paperback 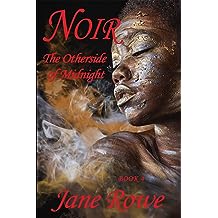 Noir The Other Side Of Midnight (Desolation Book 4) 31-Dec-2020
by Jane Rowe, Martin Hodgson
( 1 )
£1.50 £3.88
"Noir, The Other Side Of Midnight," is the final part, of Jane Rowe's popular 4 book vampire series. Noir's journey begins on the cotton fields, of the deep, south of America,to Paris and modern day London. All of the loose ends from the other books, are resolved, as Noir, another female vampire, enjoys the highs and lows of her story. A shocking conclusion, holds the readers attention, as each page, is packed with, explosive revelations! Treat yourself, to the literary version, of an rich, indulgent, naughty but nice cream cake! Lock the doors and enter Jane Rowe's world of female vampires, if you dare!
Read more
Other Formats: Paperback 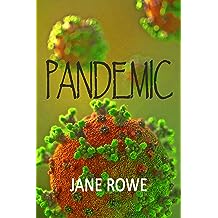 Pandemic 27-Jul-2020
by Jane Rowe, Martin Hodgson
( 2 )
£2.83
This novel is a complex story of an intelligent female doctor who finds herself engulfed in a modern-day pandemic. Caught in a love triangle, struggling inside in a world gone crazy, coping with an alien new normality. Concealing burning secrets and managing a difficult relationship with her teenage daughter. The doctor battles a disease-ravaged London to help her child and herself.
Read more
Other Formats: Paperback 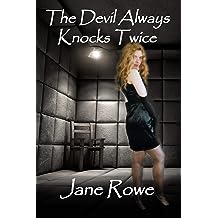 The Devil Always Knocks Twice 13-Jun-2020
by Jane Rowe, Jane Rowe, Martin Hodgson
£3.98
Inspired by the cult classic, "One flew over the cuckoos nest!" This is one woman's journey into insanity, with Shakespearean undertones, a real page-turner. Descriptive, imaginative, spellbinding! With shocking adult themes, the novel is an in-depth analysis of the most forbidden of mental illnesses. With dark subtext.
Read more
Other Formats: Paperback 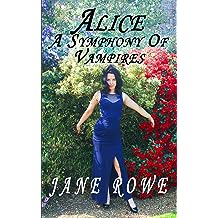 Alice a Symphony of Vampires (Desolation Book 3) 29-Dec-2018
by Jane Rowe, Martin Hogdson
( 1 )
£3.94 £5.00
"Alice a Symphony of Vampires," is the third part of author Jane Rowe's female Vampire Desolation Series! The narrative is told not by Clara, this time, but by her daughter, Alice. The story is delphic, mysterious, with scandalous secrets, as this young woman comes of age. Alice tells her story, from her perspective, delving into past circumstances, explaining taboo mystery's, that will leave the reader desperate for more! "Alice a Symphony of Vampires," keeps the pace, finally condensing into a concoction of characters, building into an explosion of action, love suffering, with a cliffhanger ending, leading into the fourth and final book, "Noir!"
Read more
Other Formats: Paperback 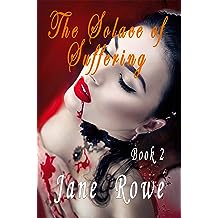 The Solace of Suffering (Desolation Book 2) 15-May-2017
by Jane Rowe
( 4 )
£3.53
The sequel to Desolation of Silence, contains all of the rollercoaster excitement of the first novel. A page turner, with slick, sophisticated, characters, encapsulating, independence and in depth femmine sexual exploration. Exploding the female psyche, going deep into Clara's journey into her complicated relationship with her daughter, Alice.
Read more
Other Formats: Paperback 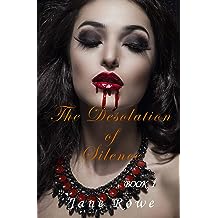 The desolation of silence 02-Jul-2016
by Jane ROWE
( 6 )
£2.22 £4.47
"The Desolation of Silence" is a tantalisingly decadent tale of female empowerment, that spans decades. Clara, the main character, faces her gruesome vampire longings, exploring new dimensions of her un-dead gifts, both fascinated and appalled by her monstrously shocking actions. In the infancy of the novel, she is engulfed by the unearthly glamour of her new found immortality, until she tries to fight her dreadfully wondrous thirst for blood, a painfully pleasurable experience, which through self denial she becomes the ultimate master of restraint.
Read more
Other Formats: Paperback 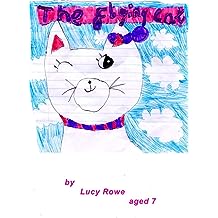 The Flying Cat 04-Mar-2017
by Lucy Rowe, Jane Rowe
( 1 )
£4.00
This is Lucy's first novel, and she is only seven years old! She has had a little help with the book, from myself, published author, Jane Rowe. "The Flying cat" is a children's story of fantasy and adventure, as seen, through the eyes, of the main character Lindy, and is a product, of my daughters imagination. Lucy, had been reading an Enid Blighton's, "The Wishing- Chair," and she had been in the local paper, when my book," The Desolation of Silence," had been published, and Lucy was so inspired by my writing, that she started, her own story, typing it up on the computer every night after school, and with my help, she wrote her debut novel, the childrens book, " The Flying Cat,".
Read more 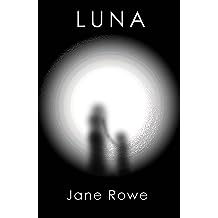 Luna 26-Nov-2016
by Jane Rowe
( 4 )
£3.11
An unconventional intergalactic tale of love, lust, desire and revenge. The central characters are an extra-terrestrial mother and daughter, parted by humans yet bound by unbreakable unconditional love. Strong adult themes. "Luna" is a sexually charged dark fantasy which features a sadomasochistic relationship. The book explores what we define as human and alien and is an unique cross between Barberella and Blade Runner.
Read more
Other Formats: Paperback