Follow to get new release updates, special offers (including promotional offers), and improved recommendations.
James Lynn Page is a professional author, astrologer and lecturer who began his writing career in 1986. His work is almost always based in ancient history, particularly its magical beliefs, myths and various spiritual disciplines. Five of his books, 'Applied Visualisation', 'Love Spells', 'Celtic Magic', 'Native American Magic' and 'Everyday Tarot' are issued by W. Foulsham Publishing in the U.K. Page is also an astrological consultant to Foulsham, and a chief contributor to their bestselling annual 'Old Moore's Almanac'.

His book from 2012, 'The Christ Enigma: Did Jesus Really Exist?', looks at what relevance the Four Gospels have to the Classical Mysteries, Magic, and even Alchemy. His 2017 book, 'You and the Conscious Universe', looks at how Science is now combining with Spirit; how yesterday's metaphysical ideas are being verified by today's Quantum Physics.

His latest book is provocatively entitled 'How Astrology Works' (2019). Page not only understands why some people are sceptical (and often rude!) about astrology, but he explains its role in the larger scheme of things. This book uncovers the mystery of the birth chart and the 'planets', and Page shows what real statistical (scientific) evidence exists for astrology, and why sceptics hate the fact! Not only that, the findings of modern quantum physicists are actually compatible with astrology!

Page has always been fascinated by the mysterious forces at work in the Unconscious mind. In particular, he loves the work of Swiss psychologist Carl Jung, and contemporary scientists like Rupert Sheldrake, Dean Radin, Bruce Lipton and the late David Bohm. He was also impressed by the 'What The Bleep Do We Know?' movie, which popularises Quantum Mechanics. He was especially impressed by Amit Goswami, a physicist who sounds like a spiritual guru. (Though his all-time favourite movie is actually 'Franklyn' starring Eva Green.)

His website is 'Astrology, Magic and the Conscious Universe': www.astro.nu
Read more 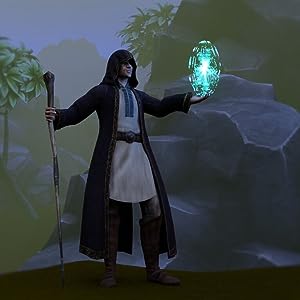 Help us improve our Author Pages by updating your bibliography and submitting a new or current image and biography.
Learn more at Author Central
1 11 1
Previous page
Next page
Books By James Lynn Page
All Formats Kindle Books Paperback Sort by:Popularity 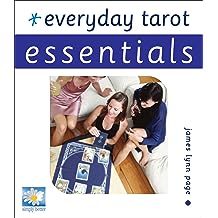 Everyday Tarot Essentials (Essential Series) 27-May-2003
by James Lynn Page
£3.96
The popular Essentials series is now establishing itself as a recognisable brand in the market place. With the expansion of the series, comes this new mind-body-spirit title: Everyday Tarot. Focusing not just on the basic meanings of the 78 Tarot cards - as many other entry-level guides do - this lively and entertaining new book sets out to show how the reader can interpret their readings to add confidence to their decision-making and value to their lives. You really can use Tarot every day. By placing Tarot in an everyday context, it de-mystifies this ancient divination method and clearly shows how accessible and practical it can be.
Read more
Other Formats: Paperback 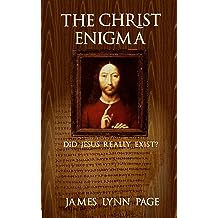 The Christ Enigma: Did Jesus Really Exist? 08-Nov-2012
by James Lynn Page
( 7 )
£2.99
Everything you think you know about Jesus is wrong! The Christ Enigma looks at the findings of serious scholars and archaeologists who have shown that the Greatest Story Ever Told is the stuff of myth. Though the Gospels include real historical figures, there never was any Slaughter of the Innocents, Mary and Joseph, birth in Bethlehem, Sermon on the Mount, Last Supper or Crucifixion in Jerusalem. And that’s just the tip of the iceberg. What if Jesus himself never really walked the sands of Palestine? What evidence exists for this?

In the Christ Enigma you’ll discover:

So why did Matthew, Mark, Luke and John write the Gospels? Well, they're much more than the life-story of the Man from Nazareth. In fact, they contain secret codes, keywords and symbols known to the spiritually enlightened of Jesus’ day: Gnostics and Mystery Initiates. And so, The Christ Enigma reveals the existence of a hidden ‘Gospel Code’, which shows us how:

But these secret teachings are a secret no longer, and it’s time the world acknowledged them. It’s all explained here in The Christ Enigma – Did Jesus Really Exist?

A note from the author:
‘It took me ten years to wade through all of the myths and untruths that have settled on Christianity, from relics like the Holy Grail and the Spear of Destiny, to uncovering just how the New Testament was composed. I stress, though, that this isn't an attack on Christianity or Christians – merely an attempt to get to the truth. However, it seems that the conclusion I have reached - along with some highly regarded scholars like Robert Price – could hardly be more shocking!’
Read more 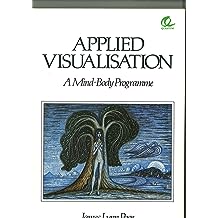 Applied Visualisation: A Mind-body Programme 01-Jun-1990
by James Lynn Page
( 2 )
£3.96
A practical program that readers can use to achieve their chosen aims, whether material or spiritual. Work with the symbols and images of the unconscious to discover the close relationship between inner desires and outer events. This is the first book to explain not only the techniques but also just how the process works.
Read more
Other Formats: Paperback 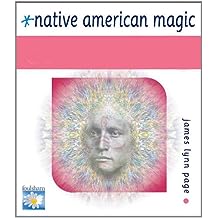 A concise and practical guide to understanding the fascinating world of Native American magic, this useful little book looks at how the spirit world impacts the everyday culture of the Native Americans. 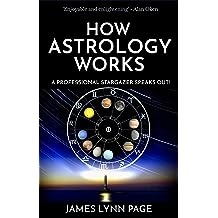 THE SECRET TO HOW ASTROLOGY REALLY WORKS IS REVEALED!

Are you curious about how astrology works? Here's what world renowned American astrologer Alan Oken said about this book:

'In his highly comprehensive text on the mechanism of astrology, James Lynn Page has done a wonderful job of synthesis. In this respect, he has brought together the opinions, and perspectives of various ancient and modern philosophers, scholarly skeptics and metaphysical scholars, while adding his own keen and educated insights on the subject. He thus presents a work that is both enjoyable to read and enlightening to the reader. If you would like to spend some very worthwhile time obtaining an accurate picture of the accuracy of astrology, James Lynn Page has afforded us with just this opportunity.'

Professional astrologer-author James Lynn Page (who studied with the U.K.'s Faculty of Astrological Studies) challenges sceptics to make their case that astrology can't work. Page not only understands why some people are so sceptical (and often very rude!) about astrology, but he explains its role in the larger scheme of things, taking the mystery out of the ancient art of stargazing. Here, he goes way beyond newspaper sun signs and horoscopes, and right to the heart of the mysteries of the Universe!

People who dismiss astrology haven't bothered studying the subject. Orthodox scientists - who love to mock it - have no idea of its true nature. (If one started shouting loudly that trigonometry, or differential calculus, was a load of rubbish, its experts would ask you if you knew what you were talking about!)

Up until now, sceptics have had all of their own way. They make smart-ass comments, too, that imply all people who use astrology must somehow be lacking in intelligence. A well thought-out response from a professional astrologer is overdue, and here it is. A piece of solid ammunition for the stargazer.

However, How Astrology Works isn't just an answer to the sceptics. James Lynn Page gives you an insider’s grasp of how astrology really does work. Until now no one has really taken on this challenge, but here you will learn:

* What real statistical (scientific) evidence exists for astrology, and why sceptics hate the fact

* What modern physicists have to say about the Universe, and why their findings are compatible with astrology


This book is the one modern astrology has been waiting for: a chance to set the record straight. Sceptics complain that astrology is fatalistic, but planets on the birth chart are mere symbols, a type of coded information about an individual's true potential. They don't determine your Fate.

You don't have to believe in astrology to read this book, but the author challenges sceptics of all different hues to find hard proof that it doesn't work. Such proof will never materialise because - of course - it actually does work!
Read more
Other Formats: Paperback 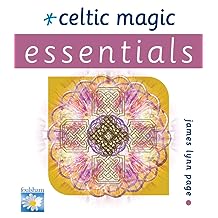 Celtic Magic (Essential Series) 25-Jul-2012
by James Lynn Page
( 2 )
£4.99 £5.99
James Lynn Page has written a creative and practical guide to an ancient and mysterious tradition that is enjoying an astonishing revival worldwide. He separates fact from fiction, myth from magic, and brings the reader closer to the truth in this fascinating study of the Celts: their traditional ceremonies, rituals and lore linked to the seasons; Hallowe’en and modern Witchcraft (or Wicca); the Celtic gods, goddesses and heroes. And then he tells us how to make the magic happen for ourselves, to harness its power and improve our lives.
Read more
Other Formats: Paperback 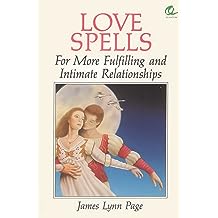