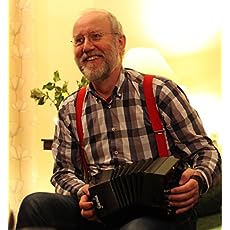 Follow to get new release updates and improved recommendations
Jake Tebbit is a successful illustrator and designer. He studied Graphic Design at Cambridge Art School and Kingston upon Thames School of Art, gaining a BA in Graphic Design. He also has an MA in Children's Book Illustration from Anglia Ruskin University. His first job was as a background artist for Halas & Batchelor, the British animation company; he then moved on to become Senior Editorial Artist for Reed Publishing before becoming a freelance illustrator in 1977.
He has worked for many publishers, including children's, educational, agricultural and reference books. From 1983 to 2003 he provided the weekly editorial cartoon for Farmers Weekly, the leading agricultural journal of the UK. He has illustrated for the popular BBC Jackanory children's television series including 101 Dalmatians, The Sheep Pig and other titles.
He enjoys the countryside, singing and playing traditional British folk music, drinking cider and wine, and travels when he can.
Read more 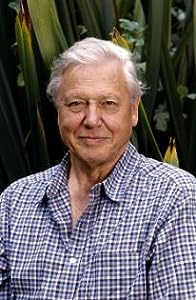 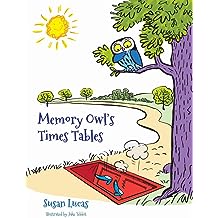 Learning times tables can be tricky and not everyone learns well by rote. Memory Owl tells stories about his friends that can be easily remembered and they provide an alternative way of remembering times tables from 2 up to 12.
Read more
Other Formats: Paperback
includes VAT* 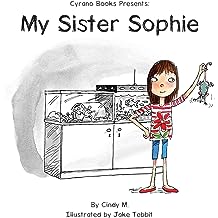 When a little sister comes in to the world, some older siblings will treat her as if she is the most special, wonderful and unique person on the face of the earth. They'll shower her with gifts, hugs and attention to make sure she knows how much they love her and how lucky they feel to have her in their lives.

Yet some kids will sit around and wish their little sister was a lizard or a rat so they could lock her up in a cage. 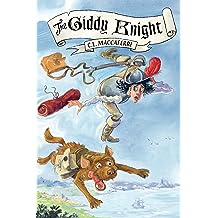 Paracelsus is a poor farmer’s son. His dream is to become a Master Storyteller, and dazzle audiences with glorious tales of adventure. To help make ends meet, he finds a job as a sweeper in a warehouse filled with mysterious Dreamstuff: a rare substance that shapes into whatever someone wishes for.

Emiliana is a spoiled princess who wishes away the entire load of Dreamstuff. Suddenly, she must flee for her life from the nasty Archibaldina, who has claimed the throne of Rosandria as her own.

In the absence of knights, Paracelsus gets shoved into ill-fitting armor, paired with an ever-changing Mythological Beast (as no horses were available) and sent out as the Giddy Knight to save the Princess… or at least try to cheer her up.

After multiple mishaps and too many close shaves with death, Paracelsus suspects that either the glorious stories of knights he has long loved are somewhat misleading… or he’s having the wrong kind of adventure!