Involution: An Odyssey Reconciling Science to God and over 8 million other books are available for Amazon Kindle . Learn more
Share <Embed>
Have one to sell?
Sell on Amazon
Flip to back Flip to front
Listen Playing... Paused   You're listening to a sample of the Audible audio edition.
Learn more
See all 2 images 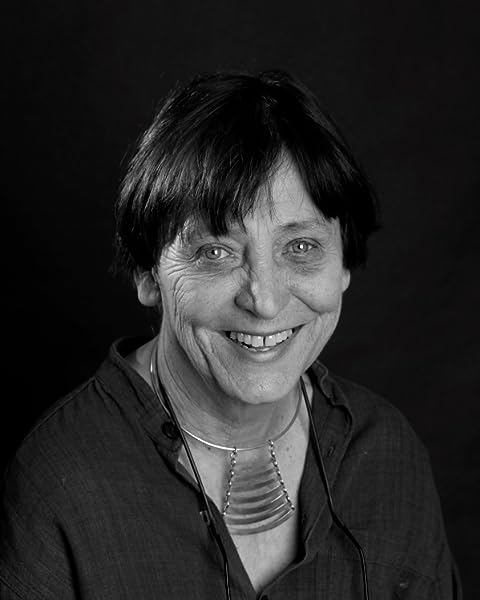 Involution: An Odyssey Reconciling Science to God Paperback – 2 May 2013

Start reading Involution: An Odyssey Reconciling Science to God on your Kindle in under a minute.

Praise for 'Involution- An Odyssey Reconciling Science to God'

Philippa Rees wrote a book that is a rarity: it is on a controversial, actually hair- and eye-brow-raising subject, and it is totally sincere.  And totally insightful. If you the reader are as brave as this author, you are in for a fantastic ride.  Getting close to science as well as to God at the same time.  That's no mean feat. Enjoy the ride - and the light! (Dr. Ervin Laszlo)

‘A brilliant and profoundly erudite epic charting the evolution of Western thinking processes, probing the frontiers of rationality and naturalism and opening up a deeper understanding of the nature of reality based on the reality of mystical experience. The author’s grasp of the principal elements of Western culture is masterly and her poetic narrative woven together with extraordinary subtlety. The detailed footnotes demonstrate a rare depth of perceptive scholarship. This is nothing short of a heroic intellectual tour de force and deserves the widest readership.’ (David Lorimer, Director Scientific and Medical Network)

The scale of the feat you have thereby achieved by writing in poetry is immense. This goes far beyond the mechanistic notions of wholeness arrived at by some modern scientific authors. Your work reintroduces the aesthetic, beautiful, meaningful process that is poetry into science.  The genius of involution is not just a mechanism of science relating to the whole but a completely different realisation of the beautiful, within living process.'

"Involution is, at least in terms of 'subject', a daring, Dantean feat.

Rees's profound notion that the evolution of humankind is made possible by the dormant dominions of evolutionary memory in our unconscious - the eponymous 'involution' - is, I would suspect, a theory Charles Darwin would have gratefully embraced as a curative to his own bleaker 'discoveries', which he initially emotionally and religiously resisted.

That Rees has chosen to communicate her dialectic in the medium of sprung-rhymed blank verse is ingenious in itself, as well as being in the narrative spirit of the poetry of the ancients.

Whatever one's poetic, religious or scientific response to Involution may be, what will be difficult for even the most scouring of critics to deny is it's scholastic vitality, compositional discipline and macrocosmic scope. Involution is a work of indisputably tall ambition, and an accomplishment which may well prove much more than the sum of its invariably exceptional parts".

5.0 out of 5 stars
5 out of 5
14 global ratings
How are ratings calculated?
To calculate the overall star rating and percentage breakdown by star, we don’t use a simple average. Instead, our system considers things like how recent a review is and if the reviewer bought the item on Amazon. It also analyses reviews to verify trustworthiness.
Top reviews

Mrs. Vivienne Tuffnell
5.0 out of 5 stars Imagine being kidnapped in the Tardis by Doctor Who...
Reviewed in the United Kingdom on 14 April 2015
Verified Purchase
Imagine being kidnapped in the Tardis by Doctor Who. That's the only comparison I can make for the reading of Involution. It's a wild ride across Time and Space (inner and outer), and the author accompanies you with the same infectious enthusiasm and love for humanity that the Doctor expresses. You are treated to the same expectation that you can and will keep up with the Doctor's energy and understanding but also with the acceptance that at times you simply won't be able to and it doesn't matter as long as you are enjoying the ride and trust that you're going in the right direction and experiencing the right things. There is also a LOT of wry, dry and self-deprecating humour as well as the same gentle, loving mockery of the foibles of the human race that the Doctor often expresses.
Yes, Involution is a poem and poetry has become something of an alien experience for many of us. I read almost all of it at the gym, while either on a treadmill or a static cycle because the rhythm of reading poetry is aided by physical movement. My favourite part was Canto Nine, where the great Serpent, personification of DNA, narrates and speaks directly to the reader. It's a very profound feeling, as if the alien we feared turns out to be the saviour of the world, for most humans fear snakes and even loathe them.
The footnotes are very worth reading, especially if there were many parts of the book that had you thinking, I ought to know that but I don't. They're an education and a mind-expanding read in their own right; don't miss them out as there are plenty of Aha! moments there.
If you have read the other excellent reviews, you may find yourself feeling a little nervous of tackling a book that is often described as being erudite (and other similar epithets). Don't be. Yes, the erudition is there, but no one is going to make you do an exam after and part of the point of it being in poetic form is that you absorb the key ideas simply by experiencing the poem. The people who will enjoy Involution most are those who, if the Doctor landed the Tardis in their garden and he came out and said casually, “Fancy a trip?” would say yes (with or without hesitation, it matters not; we're only human and fears and doubts are part of that humanity) and head out to explore. This is not so much a book as a exciting adventure that only asks that you come along and see what the Universe has to offer.

Helen Kidston
5.0 out of 5 stars Fascinating, uplifting and inspiring
Reviewed in the United Kingdom on 6 October 2013
Verified Purchase
I'm not entirely sure how to do a review that will do justice to Involution. For a start, Ms Rees' erudition across the breadth of science, religion, spirituality, philosophy and art make this semi-Socratic discourse a tour de force and far beyond my learning to fully appreciate and comprehend.

And yet, somehow, appreciate and comprehend it I do. It's sublime poetic style ,it's artistry, is like a long, lover's song. I am stunned to read stanzas such as:

`Yet the river in silence pulls on and on
New turbulent streams drowning the past.
Knowing the fathomless sea awaits
Where all water is water and all is One'

Fathomless sea indeed! This is a powerful dialogue on the nature of consciousness running not just parallel with, but indeed being the unseen composer beneath, scientific and philosophic thought. And this masterpiece links us, through art and spirituality, to the very seat of the soul.

To say it is one of the most intelligent pieces of work I have ever read is a massive understatement. Similarly to speak of its sheer beauty seems destined to be also lacking.

I love the gnostic overtones of the 9th Canto, where it all comes together in such poetic wisdom. It is entirely possible I have fundamentally misunderstood Ms Rees' thesis, so rich is her tapestry and so small my potential capacity to comprehend it. If so I apologise to her - but yet, even if so, it speaks profoundly to me.

In the end it is a journey of the soul - consciousness rather than mere concept, being rather than just description. The ultimate path of the mystic, as she says:

`What the intellect can understand
Becomes unworthy of the heart'.

A beautiful book, demanding quiet contemplation and attention and worthy of many repeat visits to weave within the magic of the poetry and the fascination of the history connected in her comprehensive appendix to the work.
Read more
One person found this helpful
Helpful
Comment Report abuse
See all reviews
Unlimited One-Day Delivery and more
Prime members enjoy fast & free shipping, unlimited streaming of movies and TV shows with Prime Video and many more exclusive benefits.
> Get Started