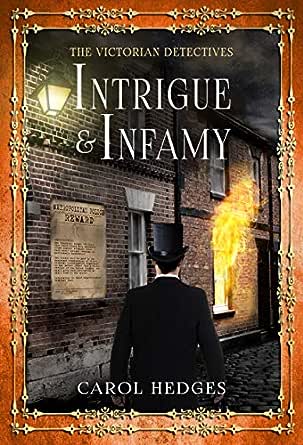 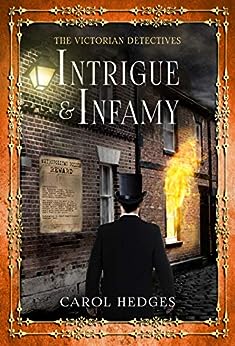 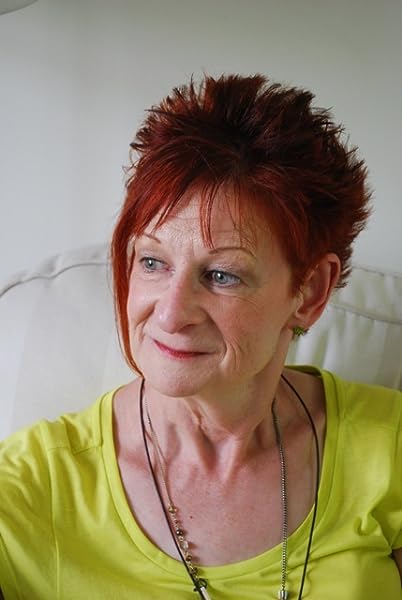 Page 1 of 1 Start overPage 1 of 1
This shopping feature will continue to load items when the Enter key is pressed. In order to navigate out of this carousel please use your heading shortcut key to navigate to the next or previous heading.
Back
Next
Amazon Business : For business-exclusive pricing, quantity discounts and downloadable VAT invoices. Create a free account
Also check our best rated Historical Fiction reviews

4.8 out of 5 stars
4.8 out of 5
21 customer ratings
How does Amazon calculate star ratings?
Amazon calculates a product’s star ratings based on a machine learned model instead of a raw data average. The model takes into account factors including the age of a rating, whether the ratings are from verified purchasers, and factors that establish reviewer trustworthiness.

Fiona
VINE VOICE
5.0 out of 5 stars Atmospheric Victorian mystery with depth and humour
Reviewed in the United Kingdom on 27 September 2019
Verified Purchase
Carol Hedges infuses so much atmosphere and detail into her novels, they really are a pleasure to read. She shines a bright light on Victorian London, showing all its vagaries, humanity, poverty and prejudice. She manages to achieve that balance of humour and character depth with her mystery and murder, which so many crime novelists miss. I love the light touch she has with her stories and personalities, and have read the whole series. Hopefully she will write more...
Read more
One person found this helpful
Helpful
Comment Report abuse

Angela D
5.0 out of 5 stars A really great read
Reviewed in the United Kingdom on 22 December 2019
Verified Purchase
This the seventh of Carol Hedges’ books that I have read and, although I really enjoy the stories, the use of the English language is what I most appreciate. Carol is a true wordsmith and her descriptive abilities and humorous paragraphs are such that the reader is captivated. I shall be truly sorry when I read the last of her current books and sincerely hope that another will be forthcoming soon. Many thanks.
Read more
One person found this helpful
Helpful
Comment Report abuse

Kika
5.0 out of 5 stars Brilliant addition to the series
Reviewed in the United Kingdom on 23 September 2019
Verified Purchase
I think this is the best book yet in this series. Although any of these books can stand alone it is interesting to see the development of recurring characters. The different areas of London and the people found there are sensitively depicted without bombarding you with lists of irrelevant facts. I particularly enjoy the exchanges between the young husband-hunters.
Read more
One person found this helpful
Helpful
Comment Report abuse

Barb Sheff
5.0 out of 5 stars Easy read stories but a history of old London too
Reviewed in the United Kingdom on 1 November 2019
Verified Purchase
The author takes you into the story and makes you actually see and feel London at that time. So easy to read. Not quite so easy to put down.
Read more
One person found this helpful
Helpful
Comment Report abuse

Lily
5.0 out of 5 stars good characters and story line - excellent
Reviewed in the United Kingdom on 13 October 2019
Verified Purchase
another excellent novel. I am rapidly becoming an addict!
Read more
One person found this helpful
Helpful
Comment Report abuse

Terry Tyler
5.0 out of 5 stars Another gem
Reviewed in the United Kingdom on 22 September 2019
I read this book via an ARC from the author, to be reviewed for Rosie Amber's Book Review Team. The fact that it was free has not influenced this honest review - and I would have bought it anyway.

A terrific book. When I got to 80% I found myself slowing down because I didn't want to read it too quickly. In this 7th book of the series, racism rears its ugly head, showing that it is far from being just a 20th and 21st century problem. Stride and Cully must deal with a series of arson attacks on businesses, and the brutal murder of an old Italian man.

Elsewhere, socialite Juliana Silverton is thoroughly enjoying the attention received since her engagement to hedonistic rich boy Henry Haddon, her delight marred only by a secret from the past ... and the appearance of Henry's younger half-brother's new tutor.

This book is as expertly structured as the rest of the series, and includes similarly colourful characters and the ever-present chasm between rich and poor, so much a theme in all the books - and in certain areas of life nothing has changed; young aristocrats with powerful connections are able to get away with the most heinous of crimes, just as they always have been and are now.

Although illustrating society's problems in the most deft way, Ms Hedges does not fall into the cliché of making all the privileged characters the 'bad guys'; I was pleased to see a happy outcome for one, in particular. I guessed the perpetrators of the crimes quite early on, but this didn't matter a jot; the joy of reading these books is the writing itself, the vivid pictures of 1860s London, and the slow unfolding of sub-plots.

I can't help but think of what star rating I will give a book while I am reading it, and this was a solid 5* all the way through, but what earned it my extra 'gold' star was the end twist that I never saw coming. It was beautifully executed, and made me smile as I realised how other aspects were explained by it.

If you haven't read any of these books, I recommend you start now - and I hope this is not the end of the series....

CathyR
5.0 out of 5 stars Trouble is brewing...
Reviewed in the United Kingdom on 13 September 2019
Trouble is brewing in the capital as the London Season nears its end. Detective Sergeant Jack Cully and Detective Inspector Lachlan Greig are investigating an outbreak of vandalism attacks on businesses owned by anyone classed as an immigrant. One such arson attack results in a death, soon to be declared a murder. And while Cully and Greig are out and about Detective Inspector Leo Stride, much to his dismay, is stuck at his desk with a mountain of paperwork in front of him.

Elsewhere, in a very upmarket area of the city, Miss Juliana Silverton has secured an excellent catch in the form of young, handsome (and sole heir to his father’s fortune) Harry Haddon, who proposed to her the previous evening. Their engagement will soon be announced in The Times. But if a past indiscretion becomes public knowledge all will be lost.

Also added into the mix is Angelo Bellini, who has travelled from Italy to take up his position as the new tutor for Lord and Lady Haddon’s young son, Danny. Former MP Lord Haddon determines to make sure Danny doesn’t end up like his feckless step brother. However, all is not quite as it seems with Señor Bellini.

The characters are drawn so well that there’s an immediate mental image and sense of their personalities. One aspect I really enjoy about a series is the development and growth of existing characters. The divide between the well to do and the poorer element is detailed in all its grimness, with the evocatively described city of London as the backdrop where prejudice, bullying and cruelty isn’t just confined to the lower classes. There is an appreciable understanding of life at that time, across all levels of society.

I’ve been looking forward to a new mystery with Stride, Cully and Greig, and Intrigue & Infamy certainly doesn’t disappoint. Carol Hedges masterfully weaves several story threads together with engaging, witty, present tense prose, keeping the reader immersed in the story and creating an atmospheric and vividly depicted visit to 19th century London with its colourful inhabitants.

I chose to read and review Intrigue & Infamy for Rosie Amber’s book review team, based on a digital copy kindly supplied by the author.
Read more

Valmarp
5.0 out of 5 stars Prejudice in a dangerous form
Reviewed in the United States on 23 November 2019
Verified Purchase
This latest in Carol Hedges' excellent Victorian Detectives series deals with issues that are as relevant today as they were then. The prejudice of people against foreigners takes an ugly turn in Intrigue and Infamy when a shop is burned down and a body found near the door. With this as the main thread of the story, Ms Hedges weaves an intricate tale in which her wonderful variety of characters are embroiled in a multitude of situations from bullying to blackmail to mean discrimination. As always, I loved the unique style that Carol Hedges bestows on her writing and the vivid descriptions of the time are fabulous. The attention to detail on everything from clothing to manners is perfect and as always too, the brooding character of London itself clings to every page. I loved it and recommend it very highly.
Read more
Helpful
Sending feedback...
Thank you for your feedback.
Sorry, we failed to record your vote. Please try again
Report abuse