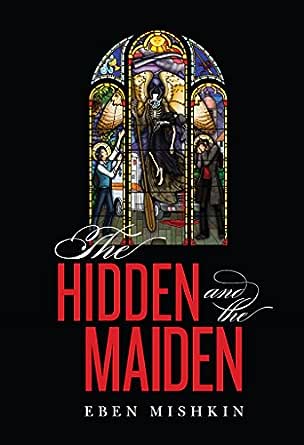 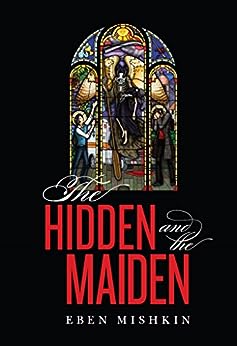 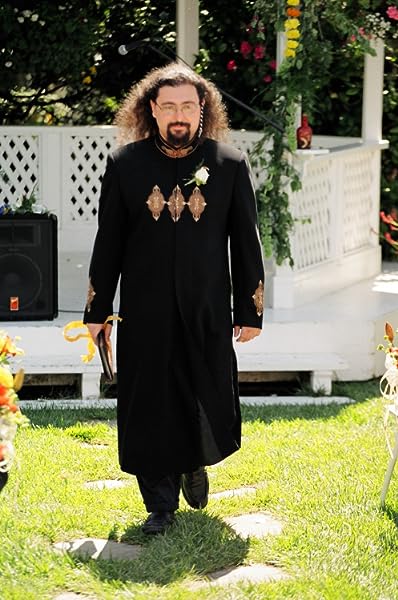 The Hidden and the Maiden Kindle Edition

Eben Mishkin studied at the University of California’s College of Creative Studies and the University of Wales at Cardiff. He earned his master’s in the teaching and practice of creative writing but has studied subjects as diverse as the conjugation of sigils and the propitiation of Sumerian demons.

He’s been the youngest attendee of the Santa Barbara Writer’s Conference and the oldest person to believe in S. Morgenstern. He’s studied writing under Orson Scott Card and occult under everyone’s favorite grandmother. He knows the keys and locks of three gods who must not be named but has never had tequila.

He’s married to a dragon keeper who is also a very talented artist. They live together in a McMansion in Southern California with a sweet natured hell hound and more dragons than he is comfortable cohabiting with.

4.6 out of 5 stars
4.6 out of 5
7 customer ratings
How does Amazon calculate star ratings?
Amazon calculates a product’s star ratings based on a machine learned model instead of a raw data average. The model takes into account factors including the age of a rating, whether the ratings are from verified purchasers, and factors that establish reviewer trustworthiness.
Top Reviews

Splashes Into Books
4.0 out of 5 stars Definitely different - great read.
Reviewed in the United Kingdom on 15 September 2015
Whilst the first few chapters set the scene for this story, once you get through them you’ll find a highly original story, well written with complex, well developed characters and decidedly different scenarios and events. There is a complete blend of genres mixed in appropriate proportions to create an enthralling, delectable and unforgettable tale. It will appeal to lovers of thrillers, fantasy, magical, mystery and intrigue. Read it to enter a world where magic exists and is accepted but lies hidden, just below the surface waiting to be used and exposed.

The heroes aren’t typical heroes, they’re just every day folk forced to show their bravery, gallantry and overcome their fears to help others. James Rathbone was the student of the murdered last wizard, now he’s determined to recover his master’s secret elixir. He is helped by Zephyr Wayne, a neurotic medium who doesn’t believe his gifts are real. Together they seek to rescue the elixir and Helena Lawson to stop Kenton Dean in his tracks! Humour also appears to alleviate the suspense and engage the reader as they use their intelligence, wit and resilience to overcome threats much greater than they’d ever imagined! An intriguing and entertaining read to the very end.

Thanks to the author, publisher and NetGalley, too, for letting me read an ARC of this book in exchange for this, an honest review.
Read more
Helpful
Comment Report abuse

sevenpin
TOP 500 REVIEWER
4.0 out of 5 stars Magical Adventure!
Reviewed in the United Kingdom on 28 October 2015
We enter the world of ghosts, wizards and magic in this book. It is a well plotted and structured story that captured my interest right up to the end. It begins with a beautiful description of urban decay where a policeman makes a weird discovery that kickstarts a fabulous adventure where different worlds collide.

James and Zephyr set off to save the world encountering a mass assortment of challenges and obstacles. There are great characters, humour and wit in the novel. It is a cracking and entertaining story, which I urge others to read. I received a ebook copy from the publisher via netgalley for an honest review.
Read more
Helpful
Comment Report abuse
See all reviews from the United Kingdom

Kindle Customer
4.0 out of 5 stars A fun, fast-paced read with detailed worldbuilding
Reviewed in the United States on 11 June 2018
Verified Purchase
Overall, I really enjoyed this book. The characters were well written, especially the villain, who had clear and believable motivations beyond "evil because evil."

The reason I've given it four Stars instead of five is that there are some elements that are set up and left unresolved: JJ's abuse and James's homophobia mostly. I hope that unresolved character threads means there will be a sequel, because I did feel genuinely invested in these characters and would enjoy seeing them work through these issues.
Read more
Helpful
Sending feedback...
Thank you for your feedback.
Sorry, we failed to record your vote. Please try again
Report abuse

The depth of the magical world in which the characters do battle is exhilarating. The ghosts and other creatures of the book’s universe fit together with a nuanced logic that leaves the reader satisfied that the forces at play have been carefully delineated.

One of the main enjoyments is to read about a world of cars and phones and learn how magic sneakily coexists.

The reader is first introduced to James Rathbone, a failed sorcerer’s apprentice with a slacker’s disposition, who is one of the two protagonists. James’s experiments with the black arts are both scholarly and comic, the comedy underscored by a droll talking cat.

The other protagonist is Zephyr Wayne, a spirit medium with self-confidence issues, who has to live with the constant presence of an overbearing ghost only he can see and hear. Learning about Zephyr’s systems for negotiating the real world of cars and office jobs shows an attention to details that adds to the book’s richness.

The evil confronting the pair is amply malicious and the story zooms to an exciting finale.
Read more
Helpful
Sending feedback...
Thank you for your feedback.
Sorry, we failed to record your vote. Please try again
Report abuse

Tania McIntyre
5.0 out of 5 stars Detailed and heavy
Reviewed in the United States on 16 October 2016
Verified Purchase
I liked this! A slow read, with lush world building and plotting of a modern paranormal urban tale with elements of horror, and a skillful take on ghosts, visions, and hallucination. Well worth the time to get to know the characters.
Read more
Helpful
Sending feedback...
Thank you for your feedback.
Sorry, we failed to record your vote. Please try again
Report abuse

I’d give it a 4.5 but as this isn’t allowed in the rating system, I’m bumping it up to 5. My half a star deduction would be because I am a slow reader and this isn’t a book to read slow. There are many important details that are revealed and explained throughout the book. If I were a quicker reader, some passages may have not been as confusing to me. I was able to just let the book bring me into its world and suggest the same for future readers. I may not have understood every detail or motivation but such is life… just hang on for Mr. Mishkin’s wild ride and enjoy! I did.
Read more
One person found this helpful
Helpful
Sending feedback...
Thank you for your feedback.
Sorry, we failed to record your vote. Please try again
Report abuse

Have to like the genre but worth a read.
Read more
Helpful
Sending feedback...
Thank you for your feedback.
Sorry, we failed to record your vote. Please try again
Report abuse