Helen Nearing left city life with her husband, Scott, nearly sixty years ago to move first to Vermont and then to their farm in Harborside, Maine. The Nearings' food and living philosophies have provided the guidelines for many who seek a simpler way of life. 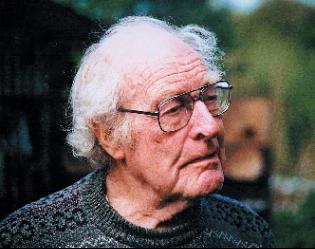 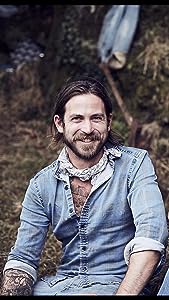 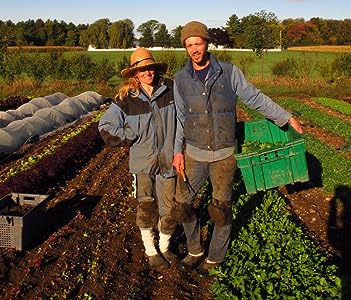 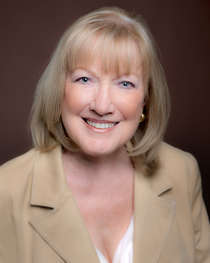 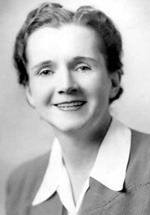 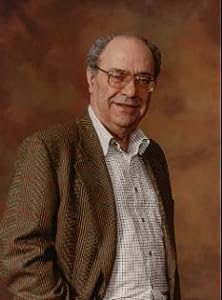 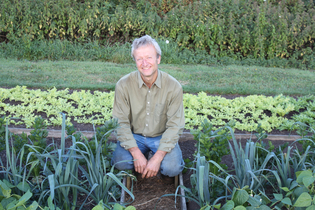 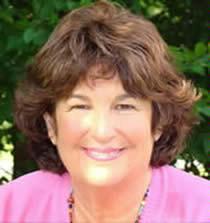 Help us improve our Author Pages by updating your bibliography and submitting a new or current image and biography.
Learn more at Author Central
1 11 1
Previous page
Next page
Books By Helen Nearing
All Formats Kindle Books Hardcover Paperback Sort by:Popularity 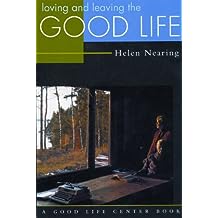 Loving and Leaving the Good Life (Good Life Series) 02-Sep-2011
by Helen Nearing
( 32 )
£13.58
Helen and Scott Nearing, authors of Living the Good Life and many other bestselling books, lived together for 53 years until Scott's death at age 100. Loving and Leaving the Good Life is Helen's testimonial to their life together and to what they stood for: self-sufficiency, generosity, social justice, and peace.In 1932, after deciding it would be better to be poor in the country than in the city, Helen and Scott moved from New York Ciy to Vermont. Here they created their legendary homestead which they described in Living the Good Life: How to Live Simply and Sanely in a Troubled World, a book that has sold 250,000 copies and inspired thousands of young people to move back to the land.The Nearings moved to Maine in 1953, where they continued their hard physical work as homesteaders and their intense intellectual work pormoting social justice. Thirty years later, as Scott approached his 100th birthday, he decided it was time to prepare for his death. He stopped eating, and six weeks later Helen held him and said goodbye.Loving and Leaving the Good Life is a vivid self-portrait of an independent, committed and gifted woman. It is also an eloquent statement of what it means to grow old and to face death quietly, peacefully, and in control. At 88, Helen seems content to be nearing the end of her good life. As she puts it, "To have partaken of and to have given love is the greatest of life's rewards. There seems never an end to the loving that goes on forever and ever. Loving and leaving are part of living."Helen's death in 1995 at the age of 92 marks the end of an era. Yet as Helen writes in her remarkable memoir, "When one door closes, another opens." As we search for a new understanding of the relationships between death and life, this book provides profound insights into the question of how we age and die.
Read more
Other Formats: Hardcover , Paperback 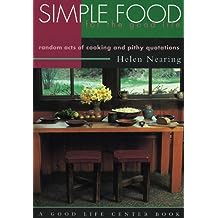 Fifty years before the phrase "simple living" became fashionable, Helen and Scott Nearing were living their celebrated "Good Life" on homesteads first in Vermont, then in Maine. All the way to their ninth decades, the Nearings grew their own food, built their own buildings, and fought an eloquent combat against the silliness of America's infatuation with consumer goods and refined foods. They also wrote or co-wrote more than thirty books, many of which are now being brought back into print by the Good Life Center and Chelsea Green.

Simple Food for the Good Life is a jovial collection of "quips, quotes, and one-of-a-kind recipes meant to amuse and intrigue all of those who find themselves in the kitchen, willingly or otherwise." Recipes such as Horse Chow, Scott's Emulsion, Crusty Carrot Croakers, Raw Beet Borscht, Creamy Blueberry Soup, and Super Salad for a Crowd should improve the mood as well as whet the appetite of any guest.

Here is an antidote for the whole foods enthusiast who is "fed up" with the anxieties and drudgeries of preparing fancy meals with stylish, expensive, hard-to-find ingredients. This celebration of salads, leftovers, raw foods, and homegrown fruits and vegetables takes the straightest imaginable route from their stem or vine to your table.

"The funniest, crankiest, most ambivalent cookbook you'll ever read," said Food & Wine magazine. "This is more than a mere cookbook," said Health Science magazine: "It belongs to the category of classics, destined to be remembered through the ages."

Among Helen Nearing's numerous books is Chelsea Green's Loving and Leaving the Good Life, a memoir of her fifty-year marriage to Scott Nearing and the story of Scott's deliberate death at the age of one hundred. Helen and Scott Nearing's final homestead in Harborside, Maine, has been established in perpetuity as an educational progam under the name of The Good Life Center.