Haunted and over 8 million other books are available for Amazon Kindle . Learn more
Share <Embed>
Have one to sell?
Sell on Amazon

Read instantly on your browser with Kindle Cloud Reader.

Using your mobile phone camera - scan the code below and download the Kindle app. 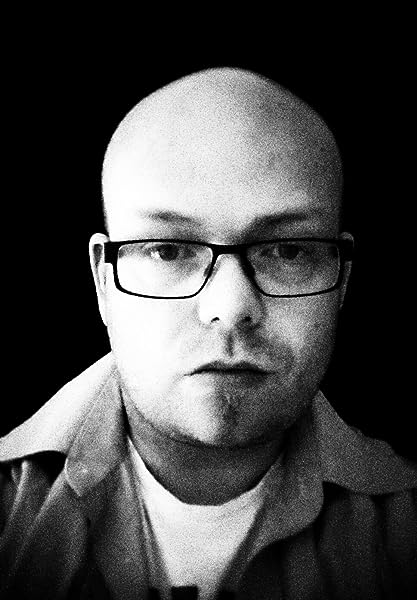 by A. M. Keen (Author)
4.5 out of 5 stars 12 ratings
See all formats and editions
Sorry, there was a problem loading this page. Try again.
Mysteria, a small fishing island located just off the coast of Oregon. Covered in dense forests, its isolation is exactly what award-winning author Cameron Drake is looking for. After an amicable divorce he moves to the island from England, in an attempt to reignite his writing career. However, Cameron's arrival begins with a strange encounter on a deserted road, and leads to a series of hauntings that force him to question his sanity and investigate its history. As the community around him slowly vanishes, it appears Mysteria is not everything it seems. Aided by his loyal pet, Akando, an Alaskan malamute, Cameron descends into the strange world of the paranormal. Slowly, he begins to believe the hauntings are an attempt to warn of a fate that will befall the island and its remaining occupants. A quest of witchcraft, Ouija boards and contact with the dead awaits Cameron, but as he investigates deeper, the island's secret becomes clear.
Read more
Previous page
Next page
Start reading Haunted on your Kindle in under a minute.

Follow authors to get new release updates, plus improved recommendations.

Alan M Keen first rose to prominence in 2010 with his self published book, ‘The Dark Army.' It was the first in the series of the ‘Tales of Averon’ books, originally written for children, which chronicle a battle between woodland animals living inside a vast forest. With the success of his first book, Alan self published the second in the series, titled ‘The Beast.’ He made the local news in 2011, as fans from began visiting his home county of Northamptonshire, to see the inspirational areas where the books were based. The books also found an audience with adults, due to its dark themes and plot line.

By 2012, the third book had been written. Alan decided to re-release the first two books with the new release, as a trilogy edition. ‘Tales of Averon: Dawn of the Great War’ published in mid 2012, and won the New Generation Publishing Prize for best book of the year.

Alan began work on his book ‘Haunted,’ a paranormal horror set off the west coast of the US. It published in November 2013, and immediately hit cult status. It is also the only fictional, paranormal book in the world to be officially endorsed by four, real life, celebrity paranormal investigators.

In early 2014, Alan turned his work back to an English setting, and wrote the fantasy / horror novel ‘Witch,’ set during the Jacobian period. The book was published a few months later. Due to its success, 'Witch' will be re-published in mid 2016 under the new title 'Drawing Down The Moon.'

In May 2014, he wrote the story and script for the independent British horror movie, ‘Nyctophobia,’ which premiered on October 30th, and was also the researcher for the TV show 'UK Haunted' which aired on Halloween in 2015.

This year, Alan will publish his next novel 'The Midnight Inferno' whilst working on a number of various projects for TV, film and literature.

Customer Reviews, including Product Star Ratings, help customers to learn more about the product and decide whether it is the right product for them.

To calculate the overall star rating and percentage breakdown by star, we don’t use a simple average. Instead, our system considers things like how recent a review is and if the reviewer bought the item on Amazon. It also analyses reviews to verify trustworthiness.

Pat Herbert
5.0 out of 5 stars Spooky & spine-chilling suspense novel
Reviewed in the United Kingdom on 7 March 2016
Having written a number of supernatural ghost stories myself, I was looking forward to reading this fiction novel about a mysterious island, and unlocking it's secrets.

It reminded me of The Forbidden Island by Alex O'Brien and the spine-chilling neo-noir psychological thiller movie "Shutter Island" with Leonardo DiCapio in it.

If you're going to read this book in bed at night, best to lock the doors, and read it with a light under the covers.
Read more
Helpful
Report abuse

Jim
5.0 out of 5 stars Delightful Terror
Reviewed in the United Kingdom on 23 July 2017
Brilliant!
Echoes of The Fog but stands on its own two feet.
The author keeps you engaged throughout as he takes you on an atmospheric, terrifying journey through the storm battered island of Mysteria.
So glad I read this.
Read more
Helpful
Report abuse

Wordly Traveller
5.0 out of 5 stars A mysterious island - full of intrigue and suspense - recommended
Reviewed in the United Kingdom on 7 March 2016
Great novel. Full of mystery and suspense.

An island full of strange events and no escape. Reminds me of those "Twilight Zone" movies that I used to watch as a kid!

Netty
5.0 out of 5 stars One hell of a GREAT book!!
Reviewed in the United Kingdom on 16 January 2016
This was the first book I read by Alan Keen. It was recommended by Alex & Miki from UK Haunted and it was one of THE best books I have read in a long time! From the very beginning it held my attention and I couldn't put it down!! I had to know how Cam was going to get through this paranormal journey! I absolutely loved this book and am waiting patiently for a sequel! There is surly more to come...
Read more
Helpful
Report abuse

Steve Loveridge
5.0 out of 5 stars Highly recommended.
Reviewed in the United Kingdom on 21 October 2014
A really spooky novel in the vein of Stephen King. The cover artwork really drew me in at first but I just couldn't put the book down once I started reading. Highly recommended.
Read more
Helpful
Report abuse

KKBury
5.0 out of 5 stars Five Stars
Reviewed in the United Kingdom on 21 October 2014
Wow - what an imagination!
Read more
Helpful
Report abuse
See all reviews

Your recently viewed items and featured recommendations
›
View or edit your browsing history
After viewing product detail pages, look here to find an easy way to navigate back to pages you are interested in.

Back to top
Get to Know Us
Make Money with Us
Amazon Payment Methods
Let Us Help You
© 1996-2022, Amazon.com, Inc. or its affiliates