The Happiness Hypothesis and over 8 million other books are available for Amazon Kindle . Learn more
Share <Embed>
Have one to sell?
Sell on Amazon 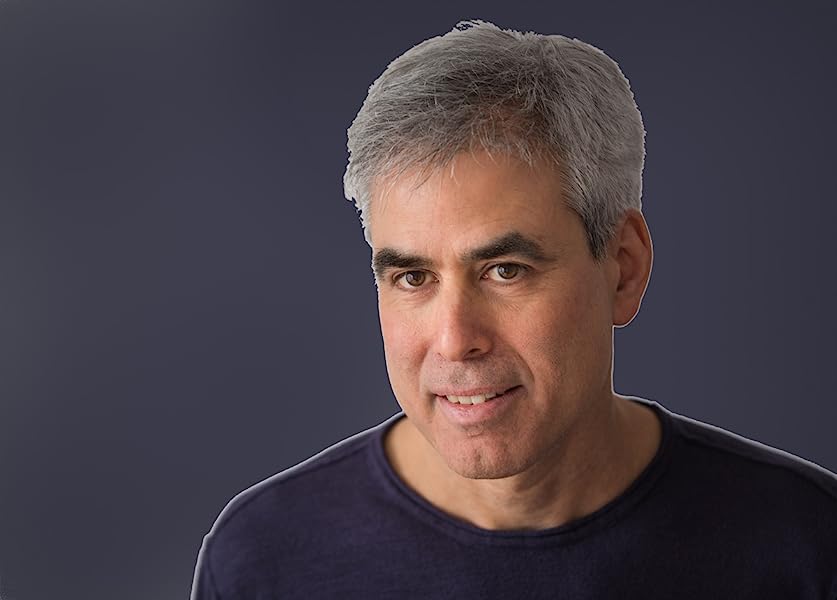 Fastest delivery: Monday, Nov 30
Order within 21 hrs 29 mins Details
Note: This item is eligible for click and collect. Details
Pick up your parcel at a time and place that suits you. How to order to an Amazon Pickup Location? Learn more
Read more Read less
click to open popover

Start reading The Happiness Hypothesis on your Kindle in under a minute.

Riveting... Brilliantly synthesising ancient cultural insights with modern psychology and even holding out some faint hope that your happiness, if not your tallness, might be marginally adjustable after all. ― Sunday Times

Marvellous... Haidt...takes us on an extraordinary journey... I don't think I've ever read a book that laid out the contemporary understanding of the human condition with such simple clarity and sense. -- James Flint ― Guardian

A superbly argued, crystal clear and intelligent blend of new directions in contemporary experimental psychology with traditional philosophical thought... And you know what? Reading it did actually make this reviewer happier. ― Arena

A delightful book... By some margin the most intellectually substantial book to arise from the 'Positive Psychology' movement. ― Nature

With singular gusto, Haidt measures ten 'Great Ideas' against past/present research in psychology and science. "LJ" 's verdict: Dr. Phil et al. don't have diddly on the old-school sages. No man is an island, indeed, and no modern reader should be without this carefully considered demystification of life ― Library Journal Best Books 2006

Every culture rests on a bedrock of folk wisdom handed down through generations. The pronouncements of philosophers are homespun by our grandmothers, and find their way into our common sense: what doesn't kill you makes you stronger. Do unto others as you would have done unto you. Happiness comes from within. But are these 'truths' really true? Today we all seem to prefer to cling to the notion that a little bit more money, love or success will make us truly happy. Are we wrong? In "The Happiness Hypothesis, psychologist Jonathan Haidt exposes traditional wisdom to the scrutiny of modern science, delivering startling insights. We learn that virtue is often not its own reward, why extroverts really are happier than introverts, and why conscious thought is not as important as we might like to think...Drawing on the rich inspiration of both philosophy and science, "The Happiness Hypothesis" is a remarkable, original and provocative book - ancient wisdom in our time.

A brilliantly original exploration of what we can learn about the meaning of human life and how we should live our lives, drawing both on the wisdom of the great thinkers and on the insights of modern science. For all readers of Alain de Botton.

A wonderful and nuanced book that provides deep insight into some of the most important questions in life  why are we here? What kind of life should we lead? What paths lead to happiness? From the ancient philosophers to cutting edge scientists, Haidt weaves a tapestry of the best and brightest. His highly original work on elevation and awe  two long neglected emotions  adds a new weave to the tapestry. A truly inspiring book. David M. Buss

Every culture rests on a bedrock of folk wisdom handed down through generations. The pronouncements of philosophers are homespun by our grandmothers, and find their way into our common sense: what doesn't kill you makes you stronger. Do unto others as you would have done unto you. Happiness comes from within.

But are these 'truths' really true?

'Jonathan Haidt leaves no doubt about the importance of emotion in the creation of personal meaning... This is a delightful and courageous book.' Antonio Damasio

'This fresh and original book goes to the heart of what people have found out about happiness, across cultures and times. Enjoyable, important, and eminently readable.' Mihaly Csikszentmihalyi

Jonathan Haidt teaches psychology at the University of Virginia. This is his first book for the general reader.
Read more

4.5 out of 5 stars
4.5 out of 5
380 global ratings
How are ratings calculated?
To calculate the overall star rating and percentage breakdown by star, we don’t use a simple average. Instead, our system considers things like how recent a review is and if the reviewer bought the item on Amazon. It also analyses reviews to verify trustworthiness.
Top reviews

Lobster Pot
4.0 out of 5 stars Interesting and thought provoking
Reviewed in the United Kingdom on 16 October 2016
Verified Purchase
I think you should buy this book if you are at all interested investigating the idea of happiness. Haidt brings a massive amount of learning to his topic and the book has many genuinely thought-provoking insights. Here's one that struck me: when Buddha left his palace he saw old, sick and dying people for the first time, and seeing such suffering meditated for years on how to help them. Haidt wonders why he didn't ask them if they were unhappy? someone has done that research and the results are discussed here.

I enjoyed the initial chapters the best. Here Haidt discusses a topic discussed by the ancients e.g. love, and then informs this with modern psychological research. This is often enlightening and, in some cases, challenging. Haidt synthesises learning very well to build up a picture of what a human is, and then looks at the implications for how we can best live. Perhaps this is the nub of the book, we need to understand ourselves and then use that understanding to design a good life.

One issue I have with this is a problem of psychology. Much of it's evidence is based on percentages and it's conclusions are nomothetic - they tell us about the majority and it's not always clear that what others find important will be so for an individual. If like me you lean towards introversion, pessimism and rationalism this will not always be comfortable reading, but while I might be happier as an extrovert I fear it may be too late for me.

Which leads me to the end of the book. In the last third Haidt begins to unwind his ideas on religion. This was an unexpected turn for me and he largely leaves experimental psychology behind in favour of more sociological approaches. This is impressive in its breadth but for me leaves more questions unanswered. Haidt clearly sees the decline of religion as a major issue and extolls its benefits in brings coherence to our lives. He briefly touches on issues of why religious belief has faded but really doesn't deal with these adequately. I wondered if reading this he was very specifically writing for an American audience (some of his comments about liberals and conservatives are only applicable to the US) or if he wanted to make his book stand out with an attention grabbing idea. I found this part of the book the least convincing, which was a shame as the rest of it was a satisfying and interesting read. Definitely recommended.

CFB London
4.0 out of 5 stars Positive Psychology
Reviewed in the United Kingdom on 18 January 2019
Verified Purchase
The Happiness Hypothesis is a thorough exploration and analysis of the nature of happiness and where it comes from. In contrast to the many psychology books that focus on problems and disorders, this is a book on “positive psychology” which also factors in philosophy and religion. The first chapter entitled “The Divided Self”, which underpins the rest of the book, provides a useful and fascinating introduction to human psychology in general. While there are a few places where I feel the author misses the mark (such as when trying to apply his model to the conservative-liberal political divide in the US), overall his theories are persuasive and are well-supported by research and studies. Despite being essentially a scientific analysis, this book is clearly written and accessible, providing insight both on an intellectual level and for personal well-being and development.
Read more
3 people found this helpful
Helpful
Comment Report abuse

MR I MOORE
5.0 out of 5 stars Gave me a lot to think about
Reviewed in the United Kingdom on 10 September 2018
Verified Purchase
Reading this reminded me of how little we understand about ourselves in general. There are so many "authorities" on the human condition, it becomes tiresome to me. But this author comes at his research from a place of sincere enquiry for the most part. That makes a big difference to me. A good, worthy book, and I'm probably understating it.
Read more
8 people found this helpful
Helpful
Comment Report abuse

Daz robbins
5.0 out of 5 stars Probably in my top 3 most influential books I own.
Reviewed in the United Kingdom on 31 December 2019
Verified Purchase
With Jordan Peterson from Canada and our own Stephen peters, Jonathon insight into what we think would make us happy and what really the aspects of a good meaningful life will provide in terms of contented ness is surprising. Well worth reading if you are in need of self help.
Read more
3 people found this helpful
Helpful
Comment Report abuse

ds
1.0 out of 5 stars very boring and self opinionated
Reviewed in the United Kingdom on 1 February 2019
Verified Purchase
Goes on too long and makes disputable claims under the guise of science
Particularly disappointing are the author's views on the use of prescription drugs
rambles with no real coherent structure
Read more
4 people found this helpful
Helpful
Comment Report abuse