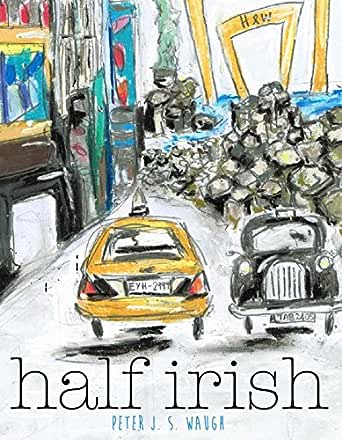 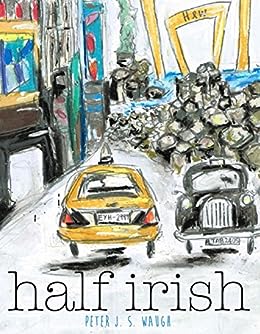 Page 1 of 1 Start overPage 1 of 1
This shopping feature will continue to load items when the Enter key is pressed. In order to navigate out of this carousel please use your heading shortcut key to navigate to the next or previous heading.
Back
Next
Amazon Business : For business-exclusive pricing, quantity discounts and downloadable VAT invoices. Create a free account
Also check our best rated Travel Book reviews

4.0 out of 5 stars
4 out of 5
8 customer ratings
How does Amazon calculate star ratings?
Amazon calculates a product’s star ratings based on a machine learned model instead of a raw data average. The model takes into account factors including the age of a rating, whether the ratings are from verified purchasers, and factors that establish reviewer trustworthiness.
Top Reviews

joyspring
2.0 out of 5 stars Disappointing
Reviewed in the United Kingdom on 7 October 2015
Verified Purchase
I struggled with this because of the style. Yes the main character was likeable but it would IMO have been better written in the third person with the inclusion of SOME extracts from Tyler's journal. I found that various comments did not ring true as having been written in a young man's journal. And then there was the "round Ireland travelogue" which irritated me immensely.
Read more
Helpful
Comment Report abuse

rachael waugh
5.0 out of 5 stars A must read!
Reviewed in the United Kingdom on 17 July 2015
Verified Purchase
An excellent debut novel. It had me gripped the whole time. Some great lol moments. I can't wait to follow Tyler and Patrick as they progress through their journey of life.
Read more
Helpful
Comment Report abuse

Mr. Ac Scarlett
5.0 out of 5 stars Five Stars
Reviewed in the United Kingdom on 20 November 2015
Verified Purchase
Great read could not put it down.
Read more
Helpful
Comment Report abuse

Aoife
4.0 out of 5 stars Really nice reading but too long
Reviewed in the United Kingdom on 19 March 2018
Half Irish follows the adventures of Tyler Sontoro - an 18-year-old New York with an Irish mom and an Italian dad - as he has a once in a lifetime summer vacation to Ireland to visit his relatives, and he ends up falling in love in more ways than one.

This book started out really well for me. I actually liked that the story didn’t start with Tyler instantly travelling to Ireland. We get to see his life in New York, his friends, his relationship with his family, his crushes and how he works to save money for his trip. I liked that his mam and dad encouraged him to do it on his own, even though they could have easily paid and his strong relationship with them is great to see. His parents are very much in his life - no sign of absentee parents here!

Tyler is a very easy character to like. He’s very normal and very relatable. He’s not someone with some massive life problems, or relationships dramas or friendship upsets. He’s like every other teenager I know - just getting along, enjoying school. friends, family and a part-time job. He’s very earnest and always tries to do the right thing. Literally, the type of teenage boy that would help a grandma with her shopping, and one you could definitely bring home to her parents.

My one problem with Tyler was that sometimes he was written too much like a teenage boy. He actually sounded about 16 sometimes instead of 18, and was quite innocent in a lot of ways - particularly romantically. He also was written in a way that he actually used “LOL” and one time “ROFL” in actual spoken word sentences. I’ve never in my life heard someone say those out loud.

This book does suffer from text speak too in messages amongst the teenager characters which I know a lot of people, including myself, don’t like. AT 18 and 19 years old, I would presume Tyler and Tabitha would just spell normally.

And speaking of Tabitha, I honestly just didn’t really get why Tyler liked her so much. She was a very vanilla character (though in fairness, this is a very vanilla book too). I just couldn’t see the attraction, or why Tyler would be so head over heels so quickly.

I liked that this book brought up the subject of male depression, and how men tend to hide away their feelings and end up not dealing well alone. But with all the talk of Patrick being down, and coming close to severe suicidal thoughts, nothing was ever mentioned about him seeing a therapist which I would have liked.

Overall, this book was great in many ways but I did end up dropping a star mainly because it was too long. I think it could have been about 350 pages instead. By then I found myself not caring about the rest of the story anymore.
Read more
Helpful
Comment Report abuse

Sophie
4.0 out of 5 stars Lovely wee read!
Reviewed in the United Kingdom on 17 January 2016
I really enjoyed this book.
Being 'half Irish' myself, all of the reminders of Belfast and Dublin struck a chord. Especially the random/heartfelt conversations with the locals. Whenever I return to Belfast I immediately feel at home because of the people, Peter Waugh has definitely captured this feeling throughout the narrative.
The book is enjoyable, easy to read and lighthearted and I would certainly recommend it.

Now if someone could send me over an Ulster fry I would really appreciate it...
Read more
Helpful
Comment Report abuse