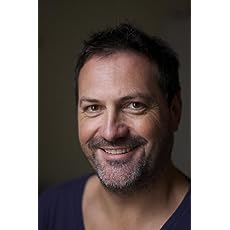 Follow to get new release updates, special offers (including promotional offers), and improved recommendations.
Gregor Salmon is a Sydney-based writer. He is the author of Poppy (an account of his first-hand investigation into Afghanistan's opium trade), Navy Divers (the story of the RAN's elite clearance diving branch) and Heart Soul Fire (the story of boxer Paul Briggs). Over the years he has written, edited and produced his way through a host of magazines, television shows and internet sites.
Read more 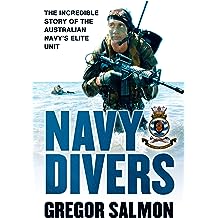 Rising out of the Second World War, the Australian clearance diver has become one of the most respected and versatile operators in the military world.

In cold, murky water, working by touch alone, the Australian clearance diver can defuse a mine powerful enough to sink a battleship. Under the burning Afghan sun, they can dismantle a Taliban roadside bomb.

Welcome to the world of the Royal Australian Navy clearance divers.

Bomb and mine disposal is but one of their roles. As covert swimmers they can infiltrate enemy waters. As boarding parties they are on the anti-piracy frontline. As counterterrorist special forces they are on call 24/7. They are simply one of the best diving units in the military world. Their story goes back to the Second World War, when Hitler's secret weapon - the magnetic mine - had Britain on her knees. Four extraordinary Aussies were among the brave naval volunteers who tackled Nazi mines on land and under water. The men who followed their path share the same brand of courage.

From the rivers of Vietnam to the deserts of Afghanistan, navy divers have excelled under the most dire pressure, yet we know very little of their heroic deeds. Their incredible story has remained behind closed doors. Until now . . .
Read more
Other Formats: Paperback 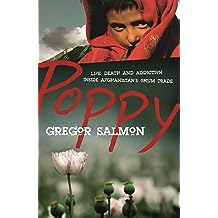 The farmer’s survival. The Taliban’s fight. The warlord’s power. Democracy’s ruin. Afghanistan has become the world's largest producer of opium and its offshoot, heroin - all under the noses of Western civil and military stakeholders. At the nexus of the War on Terror and the War on Drugs, truth is as elusive and fragile as the new democracy itself, now on the brink of being consumed by an expanding mire of chaos.

Stranger in a strange land, Gregor Salmon entered the war-torn country alone and spent eight months investigating Afghanistan's dependence on poppy. Who depends on poppy profits? And who pays the ultimate cost? Along the way he encountered Afghans whose lives were intimately tied to the trade: farmers, harvesters, eradicators, smugglers, police, doctors, addicts, warlords, gun-runners, politicians - even a pop-song loving Taliban commander.

The result is a tense, fascinating and deeply moving journey along the narcotics trail, and a story about keeping your sanity in a senseless world.
Read more
Other Formats: Paperback