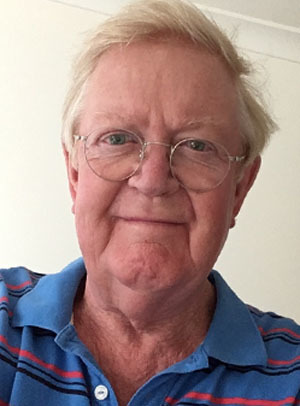 I was born at a small village near Chester, England. As a child I enjoyed discovering the woods and countryside and the shores along the River Dee - with its vast mud flats and idling boats at low tide and the hazy hills of Wales in the distance.

During my 20's I spent a lot of fun years at one of the UK’s largest advertising agencies where I met my wife Hanny; we were married for 42 years and I miss her heaps.

I now live on the Central Tablelands of New south Wales and am grandfather to Maddie, Leo, Sam and Myles (Bemo).

1973/4 - wrote Roobarb. SkylArk followed in 1976 and both BBC series were wonderfully narrated by Richard Briars. 2005 saw the revival series Roobarb and Custard Too - with Richard reading once more. As writer of these series I also provided character drawings - loosely based on my own dog, a Welsh Border Collie, while Custard was drawn after the huge cat that lived next door. The BBC marketed the Roobarb programmes to more than 40 countries. In my book, Roobarb - An Illuminated Biogwoofy (Apple), I tell of Real Dog Roobarb's fame - and to think, I knew him when he was just a dog!

The One to five Birthday Books and Picture Books are for children aged between one and five and, I do hope, include something for their parents and carers too. I keep an easy writing style for the adventures of One, Two, Three, Four and Five and their cloth dog, Ragamuffin.

With no mention of gender - neither a ‘he said’ nor a ‘she said’ is to be found; consequently, when you are reading a One to five book, together with a boy or girl (or both), you decide whether the characters in the tales are girls or boys.

Big and bright illustrations were a lot fun to draw and there is an invitation on my Grange Calveley web site for ‘grown up kids’ to ‘click and print’ drawings directly from your home printer - to paint, crayon or to cut out.

The Adventures of Porridge Oats – inspired by my grandchildren.

I don’t have to feed them every day, buy them clothes or find schools for them; we simply play, have fun and talk rubbish together – and then they go home.

I also have a tiny Fox Terrier who’s name is Porridge Oats and who, in real life, is black and white – unlike the multi coloured talking dog in the books.

These stories begin with the four cousins and their little dog, Patch – but a summer storm changes things.

The characters are black ink and nib drawings, scanned and coloured on my Mac. The backgrounds are loosely drawn with a soft pencil and pasted with various degrees of opacity.

I hope you enjoy my books. 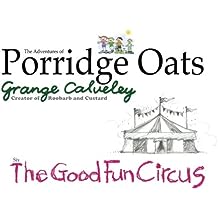 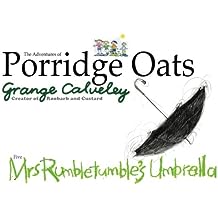 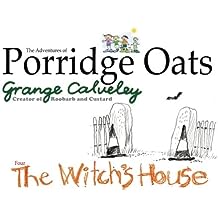 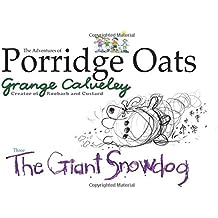 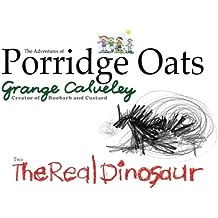 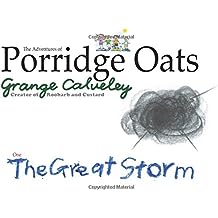 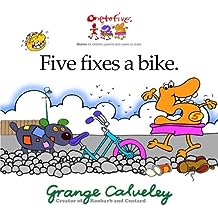 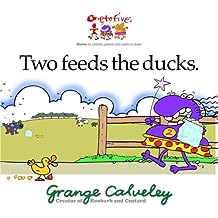 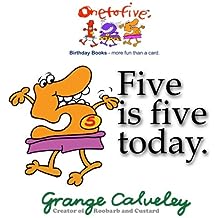 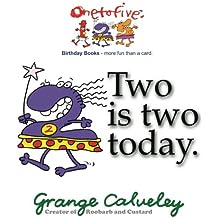 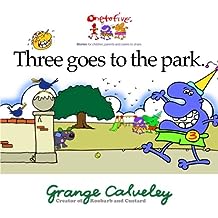 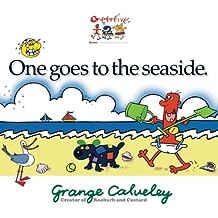