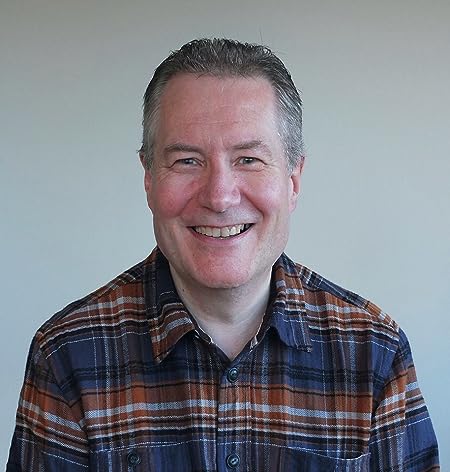 Born in Watford, Hertfordshire, in 1957, Gordon's family moved to Broughty Ferry in the early 1960s. Gordon attended Grove Academy, leaving in 1974 to work for Bank of Scotland. After a long but undistinguished career, he retired on medical grounds in 2008 without having received any huge bankers' bonuses.
Registered blind, Gordon had more time on his hands after retiring so, with the aid of special computer software, he returned to his hobby of writing and had his debut novel, "In the Shadow of the Wall" published in 2010. Gordon's books are now being read by a world-wide audience. As well as his historical adventure stories, he has ventured into crime fiction with some spoof murder mysteries in the "Constantine Investigates" series. He is also kept busy with speaking engagements, visiting libraries, schools and community groups to talk about his books.
In addition to his novels, Gordon devotes some of his time to raising funds for the RNIB. As well as visiting schools and social clubs to talk about his sight loss, he has self-published a charity booklet titled, "A Walk in the Dark", a humorous account of his experiences since losing his eyesight. The booklet is available free from Gordon's website www.gordonanthony.net . All Gordon asks is that readers make a donation to RNIB. This booklet can also be purchased from the Amazon Kindle Store. Gordon will donate all author royalties to RNIB.
Now completely blind, Gordon continues to write stories and, in his spare time, attempts to play the guitar and keyboard with varying degrees of success.
Gordon is married to Alaine. They have three children and one grandchild. The family lives in Livingston, West Lothian.
You can contact Gordon via his website or by sending an email to ga.author@sky.com
Read more 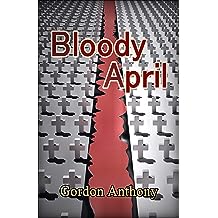 Bloody April 26-Mar-2021
by Gordon Anthony
( 2 )
£2.99 £5.99
France, April 1917. After two and a half years of stalemate, the British Army is preparing for an assault which will provide the long-awaited breakthrough on the Western Front. Into the preparations comes Second Lieutenant Arthur Kerr, a newly trained pilot who is determined to help win the war. Assigned to a reconnaissance squadron, he soon learns that the reality of the war in the air is not at all as he had imagined. Every day, he and his colleagues are sent across the Lines in antiquated, often defenceless aircraft to face the superior machines and expertise of the elite German aces. Not for nothing was this month called, “Bloody April”.
Read more
Other Formats: Paperback 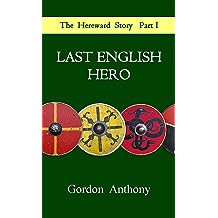 Last English Hero (The Hereward Story Book 1) 09-Feb-2019
by Gordon Anthony
( 2 )
£3.99 £7.99
Life held few prospects for Edric. England had fallen to the Normans who ruled the land with an iron fist, and he was trapped as an apprentice blacksmith under the harsh tutelage of his uncle. Then an encounter with some outlaws changed his life forever when he met their leader, a man whose name would go down in history as the last of the English to stand up to the invaders. That man was Hereward, and Edric vowed to follow him.
Read more
Other Formats: Paperback 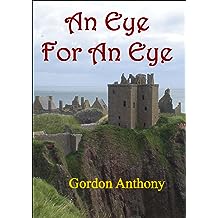 An Eye For An Eye 09-Feb-2012
by Gordon Anthony
( 9 )
£2.99 £10.20
When the Northumbrians invade the north, fourteen year-old Bili is the only survivor from his village. Rescued by the mysterious monk, Bleddyn, Bili embarks on a life of intrigue, espionage and illicit love affairs. Through it all, he is driven by one desire – the need for revenge against the men who enslaved and killed his family.
Read more
Other Formats: Paperback 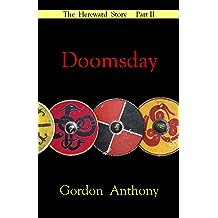 Doomsday (The Hereward Story Book 2) 15-Jul-2019
by Gordon Anthony
( 1 )
£4.49 £8.99
A confrontation is looming, and the outcome will decide the future of England for a millenium. Edric Strong and the other members of Hereward’s gang must overcome the twin threats of King William’s retribution and treachery from within their own camp if they are to survive.Packed with action and intrigue, Doomsday is the concluding episode in the Hereward story.
Read more
Other Formats: Paperback 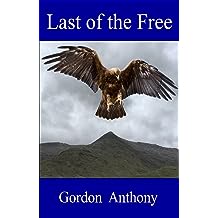 Last of the Free (Calgacus Book 8) 22-Jan-2018
by Gordon Anthony
( 3 )
£4.49 £8.99
The Romans are poised to complete the conquest of northern Britannia. Only Calgacus and the last of the rebel tribes stand between the invincible Legions and the Empire’s final victory.
But, as the opponents face each other for the last time, events in Rome will play their part in affecting the outcome. Intrigue and deceit go hand in hand with military might as the last of the free stand ready to defend their way of life from annihilation. 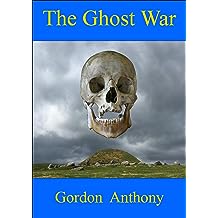 The Ghost War (Calgacus Book 7) 23-Jul-2017
by Gordon Anthony
( 3 )
£4.49 £8.99
As the hated Roman Legions launch their campaign to complete their brutal conquest of Britannia, Calgacus somehow pulls the unruly Northern tribes together to resist the Imperial war machine. The scene is set for the final conflict but he is soon faced with many threats.
An uneasy alliance, an unstoppable invading force, bitter rivals from the past, a family torn apart, and a deadly foe within…
With the future of all the free people at stake, Calgacus must overcome his most difficult challenges yet. 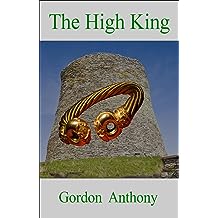 The High King (Calgacus Book 6) 22-Aug-2016
by Gordon Anthony
( 4 )
£4.99 £8.99
Calgacus’ plans for an alliance of tribes are thrown into turmoil when new enemies threaten him. With his family held hostage, he is forced to cross the sea to Eriu to confront the High King and that ruler’s mysterious and powerful sorceress.
To make matters worse, the Romans also have their eyes turned towards the land they call Hibernia.
Calgacus must defeat the High King, his witch, unknown assassins and the Legions of Rome if he is to return to rescue his family from captivity. 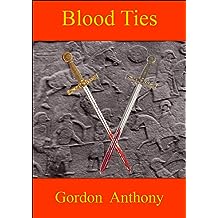 Blood Ties (Calgacus Book 5) 25-May-2015
by Gordon Anthony
( 6 )
£4.99 £8.99
It has been nine years since Calgacus vanished into the northern mists of Britannia. The new Roman Governor is the ruthless and determined Julius Agricola whose declared intention is to swiftly complete the conquest of the island. But a fresh revolt has broken out and Calgacus is lured southwards to battle once more. Because the man leading this latest rebellion claims to be his son...
Read more
Other Formats: Paperback 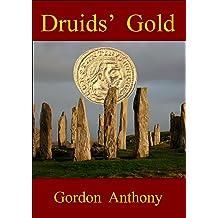 Druids' Gold (Calgacus Book 4) 06-May-2014
by Gordon Anthony
( 4 )
£4.98 £9.99
Civil war rages in Rome and there is turmoil in Britannia. When a dying man reveals the existence of a hidden treasure, Calgacus is soon entangled in a web of intrigue, treachery and deceit which brings him face to face with new enemies as well as his oldest adversary.
Read more
Other Formats: Paperback 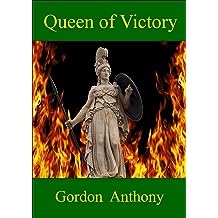 Queen of Victory (Calgacus Book 3) 01-Aug-2013
by Gordon Anthony
( 4 )
£4.98 £8.99
The Legions of Rome are marching to destroy fabled Ynis Mon, the sacred island of the Druids. With defeat imminent, Calgacus travels to the lands of the Iceni in a desperate attempt to raise a rebellion. The spark he ignites soon becomes a raging inferno and sees the birth of a legend – Boudica, the Queen of Victory.
Read more
Other Formats: Paperback 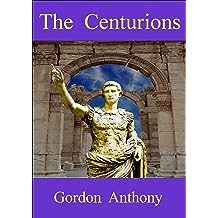 The Centurions (Calgacus Book 2) 13-Dec-2012
by Gordon Anthony
( 13 )
£2.99 £8.99
With the Roman advance stalled, Calgacus seeks to avenge his brother's death. He is soon being hunted deep inside the Roman province but hides in the last place his enemies would look for him.
Read more
Other Formats: Paperback 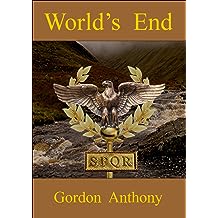 World's End (Calgacus Book 1) 29-Jul-2012
by Gordon Anthony
( 25 )
£2.99 £7.99
Meet a new hero.
As the invading Romans destroy his world, Calgacus must find a way to halt the invincible war machine. But as he strives to unite the tribes of Britain, he discovers that the Romans are not his only enemies...
Read more
Other Formats: Paperback