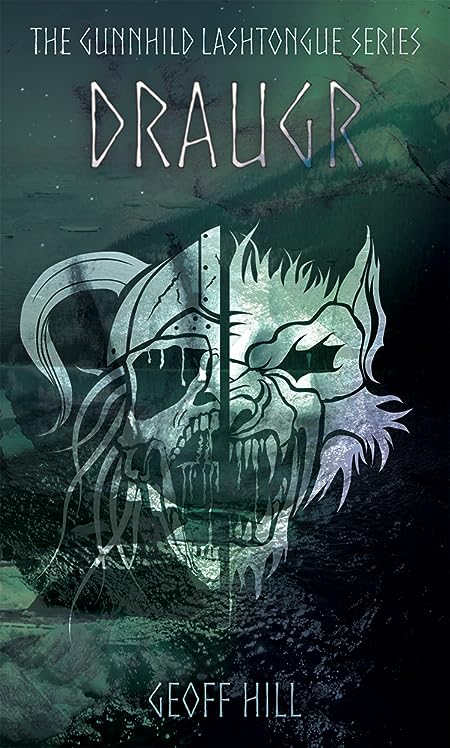 Geoff Hill was born in 1971 and grew up in the Cotswolds. After a gap year working round Australia, he studied Psychology and Education at Cardiff University before qualifying as a teacher at Aberystwyth. During vacations, he worked as a counsellor and music co-ordinator at Round Lake Camp, Pennsylvania, USA, working with children with ADHD. Once qualified, he taught at a number of primary schools across Gloucestershire and Wiltshire and now is Year 6 teacher at St Paul's Primary, Chippenham.
In 2014, while his class were studying the Vikings, he despaired of ever finding a suitable fiction text and decided to write his own: Draugr was the result. "I'd always started writing books in the past but never found my way to the end. They just all petered out. With Draugr, for the first time I knew very quickly where the story was heading."
The story-writing was also cathartic and therapeutic: Geoff lost his father in a road accident in October 2014. "When you have no control over the world around you, it's immensely comforting to escape into a world where you do."
Draugr was intended to be a chilling ghost story, best told around a warm fire on a cold winter's night, with a killer twist. Geoff also wanted there to be plenty of authentic historical detail woven into the narrative for his class to discover: details of the Berserkers' cult and ship-building, for example.
The following summer he realised that the characters of Draugr, particularly Gunnhild Lashtongue, had more to say. The sequel, Backahast, followed. This time, it was a supernatural mystery, investigating the Bog Bodies of Denmark. "My mum, a former headteacher, was horrified at the bloodshed in Draugr and thought it far too violent for my class. However, when I first showed the pupils the opening of Backahast, their first complaint was: 'You haven't killed anyone yet!'"
Sadly, Geoff's mother contracted cancer in the autumn of 2015 and passed away peacefully before Christmas. In response, Geoff retreated to the word processor again, to produce his most ambitious work yet, Huldra. This time, it was to be a war story.
"The class were given a History tour of Chippenham and learned that Alfred the Great won a mighty victory here against the Vikings. To my shame, I'd had no idea. I thought that it would be nice to have a trilogy. However, it's all clearly still far from over..."
Geoff lives with his wife and son and Millie the cat.
Read more 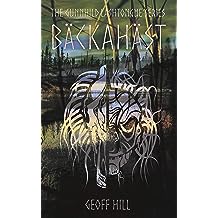 Bäckahäst (Gunnhild Lashtongue Series Book 2) 23-Mar-2017
by Geoff Hill
( 3 )
£3.96 £10.19
“As the swirling fog swallowed the ground around them, they became ever more aware of a thousand tiny eyes watching them from the darkness, and the girl grew quieter, listening to the burbling of the bog. They were not alone. Squishing and skidding in the peat-moss, a troop of little feet was following them.”

Wandering the haunted bogs of Denmark, Gunnhild Lashtongue begins to uncover a string of gruesome murders. All the evidence point to the Bächahäst, a notorious river demon...
...so why is she so keen to blame something else? 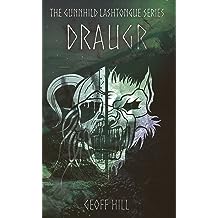 Shipwrecked in the icy wastes west of Vinland, Leif Haraldson and his Viking crew take shelter in the abandoned long-hall of Eirik Blacktooth, battling to survive the elements… and each other.

Who is the sinister girl following them through the woods?
What does she want with them?
When will the daylight return?

A Viking Ghost story, perfect by the fire on a cold winter’s night.
Read more
Other Formats: Paperback 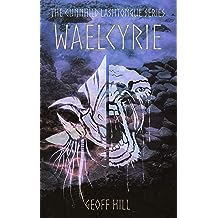 Waelcyrie (Gunnhild Lashtongue Series Book 4) 22-Aug-2017
by Geoff Hill
( 2 )
£3.84 £8.99
The combined forces of Orkney, Man and Leinster spread across the shoreline like a hedge of spears. Beneath their feet, the muddy seabed rippled out to the water’s white edge, where the tide drew back like a bowstring.
A lone figure was picking his way towards them, down the cliffs and over the pebbles, his hands held high and open.
“Who’s this cretin?” muttered Earl Sigurd, squinting in the poor light.
Beside him, Gunnhild clapped happily.
“It’s Alf!” she squealed, “He came back to me.”

When SigtryggSilkbeard’s Kingdom of Dublin comes under threat, he recruits the man-dragon, Earl Sigurd of Orkney, and the Dark Priest, Bródir – but he also finds a mysterious witch is more than willing to interfere.
GunnhildLashtongue is seeking revenge.
Read more
Other Formats: Paperback 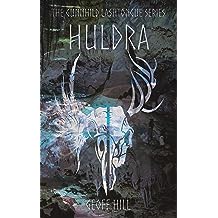 Huldra (Gunnhild Lashtongue Series Book 3) 23-Mar-2017
by Geoff Hill
£3.96
“The wind’s spiteful fingers plucked the makeshift roof of the hall like a chicken, sending shreds of leaves spiralling into the dark and leaving a bare rib-cage of branches over the men’s heads. Lightning clashed like the blades of battle, and thunder galloped with pounding hooves. In every head-splitting burst of brightness, Blacktooth caught glimpses of his crew, white-faced and cringing.
Something else was squatting amongst them.”

Eirik Blacktooth’s cold-hearted crew of Draguar are walking again... Huginn and Muninn, the Valravne, fly the night... and the Einherjar - the finest warriors chosen from the battle-slain - are on the march.
Once again, Gunnhild Lashtongue is getting all the blame...

Huldra is the third in The Gunnhild Lashtongue Series